I thought March was busy, but April gave it a run for its money. Easter, Mouse's spring break, my mother's visit and my in-laws brief stopover. Mouse's postponed birthday celebration, my mom's surgery, Disneyland, Girl Scouts, Wizard of Oz rehearsals, dance classes and work. There was also sickness--again. We all caught colds in April, not to mention the hell called allergies. We are adopting a new kitten who will be coming home with us this next month, once she's a bit older. We have made frequent visits to see with her and will likely continue doing so until she comes home. 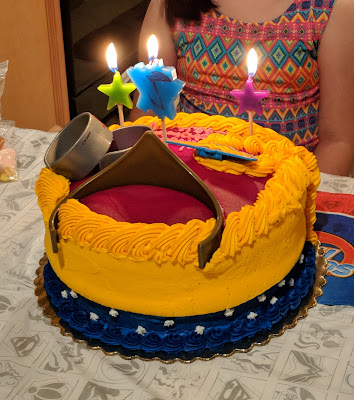 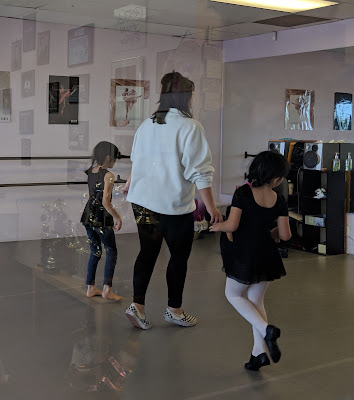 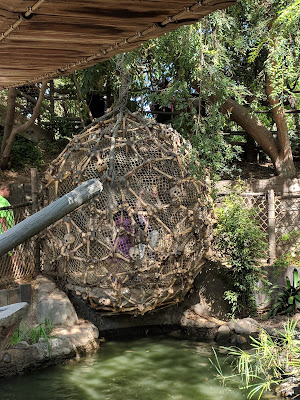 Tom Sawyer's Island at Disneyland - Trapped in the Pirate's trap! 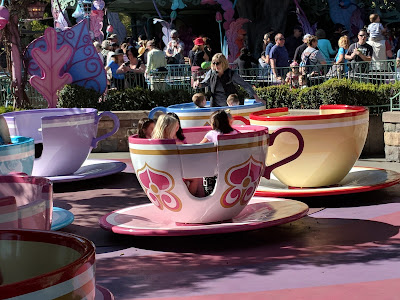 Mouse & Friends on the Teacups at Disneyland 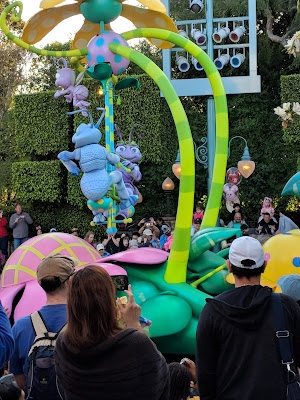 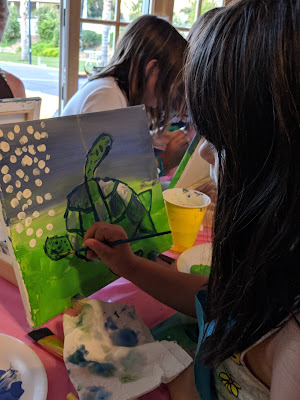 Painting a Turtle with her Girl Scout Troop 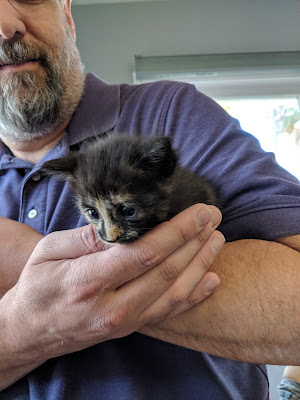 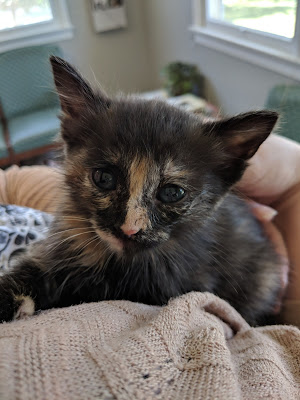 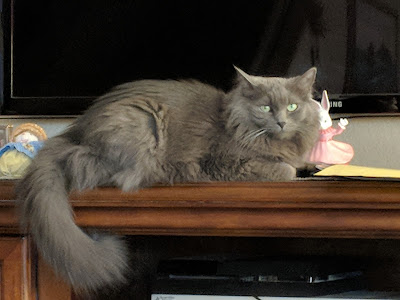 April was not the best reading month. You will notice that I was not able to finish April's TBR poll winner, Hazel Gaynor's The Girl From the Savoy, by the end of the month. I got a late start on it, but am enjoying it quite a bit.

Here is what I read in April:

A Wrinkle in Time was a re-read for me, although it had been many years since I last read it. My family and I saw the movie a couple weeks after I finished reading the book. It was a bit different, as expected, but we all enjoyed it. The Good Luck Sister was a lot of fun to read, but I found the Flame Sea novels to be just okay reads.

Book Reviews Posted in April (but not necessarily read in April):

What's In A Name Reading Challenge ~ No new progress to report. I am still at having just read one book for this one. I guess it is good there are only six titles, I have to read. I really need to make more of an effort with this one.

The Grand World of Books Reviews Bingo ~ This month I was able to cross of a book made into a movie--A Wrinkle in Time by Madeleine L'Engle.

Unruly Reader Bingo ~ I have the Outsider category covered this month with Dawn of the Flame Sea by Jean Johnson. Even among the elves with whom he has traveled, he is an outsider--not one of them. He is human, but not exactly.

2018 Witches and Witchcraft Reading Challenge ~ I debated whether to include the Jean Johnson books, Dawn of the Flame Sea and Demons of the Flame Sea, in my count for this challenge, but I think it they qualify. Even not counting the elves who are gifted at magic, the shaman like humans are able to manipulate fire and water to meet their needs as well. This brings my total for this challenge to five.

2018 Discussion Post Challenge ~ I combined this month's discussion post with the Blog All About It Challenge in which I discuss Cover Attraction.

2018 Blog All About It Challenge ~ April's topic is art, which I tied into a discussion titled Cover Attraction.

Les Misérables Read-Along ~  I am loving this book! Jean Valjean and Cosette are making their way in Paris, trying to stay a step ahead of Inspector Javert. He and Cosette have taken refuge at the Bernardine Convent of the Perpetual Adoration.

War and Peace Read-Along ~ While not quite as captivated as my other year long read of the year, War and Peace is holding its own nowadays. The war scenes can be quite intense, and the drama on the home front just as much so. I feel a bit sorry for Pierre (I don't much care for his wife at the moment) and both rejoiced in Prince Andrei homecoming and was devastated by what he came home to at the same time. And poor Denisov, who was only trying to feed his troops, cannot now catch a break . . .

How did your April shape up reading wise? What was your favorite book you read in April?