Wishing for Wednesday: Speakeasy & On a Cold Dark Sea 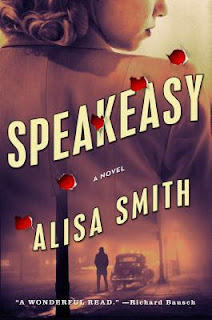 
In this literate and action-packed historical thriller, set during World War II, a plucky code-breaker fights to keep a deadly secret as her Bonnie-and-Clyde past threatens to catch up with her.

Thirty-year-old Lena Stillman is living a perfectly respectable life when a shocking newspaper headline calls up her past: it concerns her former lover, charismatic bank robber Bill Bagley. A romantic and charming figure, Lena had tried to forget him by resuming her linguistic studies, which led to her recruitment as a Navy code-breaker intercepting Japanese messages during World War II.

But can Lena keep her own secrets? Threatening notes and the appearance of an old diary that recalls her gangster days are poised to upset her new life.

Whom can she really trust? Is there a spy among the code-breakers? And who is it that wants her dead? [Goodreads Summary]


Why I want to read it: This actually was published last year by an independent publisher in Canada, but now is being put out by Thomas Dunne. It's the first I have heard about it, and just from the description, I am sure you can guess why I want to read it. World War II. Code breaking. Bonnie and Clyde type past. Secrets. This one has my name written all over it. 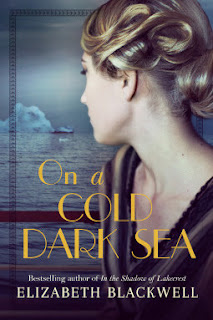 
On April 15, 1912, three women climbed into Lifeboat 21 and watched in horror as the Titanic sank into the icy depths. They were strangers then…

Con artist Charlotte Digby lied her way through London and onto the Titanic. The disaster could be her chance at a new life—if she hides the truth about her past. Esme Harper, a wealthy American, mourns the end of a passionate affair and fears that everything beautiful is slipping from her grasp. And Anna Halversson, a Swedish farm girl in search of a fresh start in America, is tormented by the screams that ring out from the water. Is one of them calling her name?

Twenty years later, a sudden death brings the three women back together, forcing them to face the impossible choices they made, the inconceivable loss, and the secrets they have kept for far too long. [Goodreads Summary]


Why I want to read it: This time of year often seems to bring out my love for historical fiction, and how can I resist a novel about three women who survived the Titanic, coming together decades later, and having to face a secret they've kept all that time? You are right. I can't.