It's Monday! What Are You Reading? 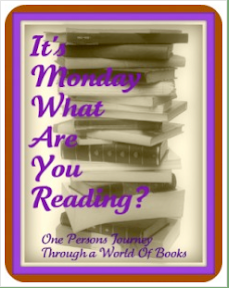 Hosted by Sheila of One Persons Journey Through a World of Books
Weekly meme where we discuss the books you've read
and those you plan to read in the coming week.
This past weekend I played catch up, finishing off one short story collection and am nearly done with another. I figure with the end of the year so close, I would try and knock those out and get them reviewed for you later this week. They're both quite different from one another. One is The Boat by Nam Le and the other is 20th Century Ghosts by Joe Hill. What they do have in common, however, is that they are both written by authors who know how to write a good short story. I have enjoyed both immensely.

On the full length novel front, I am reading Keigo Higashino's The Devotion of Suspect X. I enjoy reading crime fiction set in other countries and so jumped at the chance to read Higashino's book. So far, I haven't been disappointed.

From the back cover:

She's a single mother with blood on her hands. It was a murder that should have never happened. Without hesitation her enigmatic neighbor, a brilliant math teacher whose devotion towards her runs deep, calculates the perfect alibi. When evidence doesn't add up for the authorities, the lead detective seeks the advice of his friend, a brilliant physicist, who knows the math genius from his past. What ensues is a fierce battle of wits.

What are you reading at the moment?