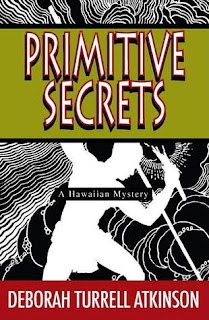 When Storm Kayama walks into her lucrative Honolulu law firm one morning, she's shocked--and grieved--to find her adopted uncle at his desk, stiff and cold. Years before, Miles Hamasaki had fulfilled a promise to Storm's father and brought her to be raised with his own family. But, as questions surround Miles' death and her adopted family begins to close ranks, Storm suspects that he has been murdered.

Heading to the Big Island for a weekend escape from escalating pressures, she narrowly escapes a terrible accident. Storm takes refuge in the home of her Aunt Maile, a traditional Hawaiian healer, and Uncle Keone, a paniolo on the huge Parker Ranch. There she encounters a legend from her youth and a family totem, or 'aumakua, which Aunt Maile promises will protect her. As Storm struggles to heal her own childhood wounds and bring justice to Hamasaki's killer, she also comes to grip with the rifts in her own life and culture.

From the winding cane roads of Hamakua to the seedy side of Honolulu's Chinatown, with a deft juxtaposition of a bustling Honolulu against the island's legends and wild beauty, Atkinson reveals a Hawaii that few visitors ever see. [Goodreads Summary]

Why  I want to read this one: This mystery novel has been sitting on my TBR shelf for a number of years. I am sure the fact that it is a mystery set in Hawaii played at least a small part in my decision to add this one to my collection. This mystery sounds not only suspenseful, but also rich in culture.


Have you read Primitive Secrets? Does it sound like something you would enjoy? 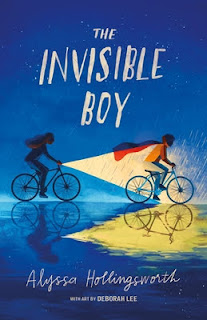 If no one sees him, does he exist? This superhero-inspired adventure story explores friendship and what it means to be a truly brave.

Nadia finds adventure in the pages of her Superman comic books, until a mysterious boy saves her dog from drowning during a storm and then disappears. Now she finds herself in the role of Lois Lane, hunting down the scoop of the Invisible Boy, and suddenly she’s in a real-life adventure that’s far more dangerous than anything in her comic books.

The Invisible Boy is a mystery and an adventure story, as well as a story about child labor trafficking. Like Katherine Applegate, author of Crenshaw and Wishtree, Alyssa Hollingsworth takes a difficult subject matter and makes it accessible for middle-grade readers. [Goodreads Summary]

Why I want to read this: This middle grade novel appeals to me for many reasons: Nadia's love for comic books, a mysterious hero, a mystery and such a serious issue as child labor trafficking. I am curious to see everything plays out in Hollingsworth's novel. 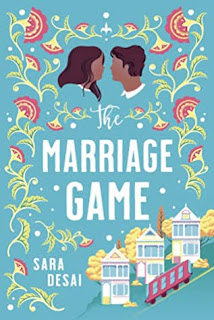 A high stakes wager pits an aspiring entrepreneur against a ruthless CEO in this sexy romantic comedy.

After her life falls apart, recruitment consultant Layla Patel returns home to her family in San Francisco. But in the eyes of her father, who runs a Michelin starred restaurant, she can do no wrong. He would do anything to see her smile again. With the best intentions in mind, he offers her the office upstairs to start her new business and creates a profile on an online dating site to find her a man. She doesn’t know he’s arranged a series of blind dates until the first one comes knocking on her door…

As CEO of a corporate downsizing company Sam Mehta is more used to conflict than calm. In search of a quiet new office, he finds the perfect space above a cozy Indian restaurant that smells like home. But when communication goes awry, he's forced to share his space with the owner's beautiful yet infuriating daughter Layla, her crazy family, and a parade of hopeful suitors, all of whom threaten to disrupt his carefully ordered life.

As they face off in close quarters, the sarcasm and sparks fly. But when the battle for the office becomes a battle of the heart, Sam and Layla have to decide if this is love or just a game. [Goodreads Summary]

Why I want to read this: This sounds like it will be a fun romantic comedy set in one of my favorite cities. 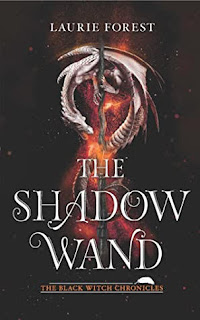 Elloren Gardner hides the most powerful secret in all of Erthia - she is the Black Witch of Prophecy, and destined to triumph...or be used as the ultimate weapon of destruction.

Separated from everyone she loves, isolated and hunted, Elloren must turn to the last person she can trust, her fastmate, Commander Lukas Grey. With the Mage forces of Gardneria poised to conquer all of Erthia, Elloren has no choice but to ally with Lukas and combine their power to keep herself out of the hands of the Gardnerian leader Marcus Vogel...the holder of the all-consuming Shadow Wand.

With just weeks to train to become a warrior, and no control over her magic, Elloren finds unexpected allies among those under orders to kill her. It's time to step up. To fight back. And to forge onward through the most devastating loss yet. [Goodreads Summary]

Why I want to read this: I have yet to read the first two books in the series, but they are high on my wish list. I mean, witches!