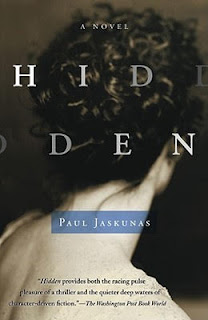 As unnerving as it is mesmerizing, Hidden is an evocative, emotionally charged domestic drama -- a willful and traumatized woman's painful search for the truth about the man who assaulted her one summer night.

Six years after the attack, Maggie Wilson receives a call from the prosecutor who helped put her husband in jail after Maggie identified him as the man who nearly killed her. Told that another inmate has confessed to the crime and that her ex-husband will be freed, the shock plunges Maggie into memories of her stormy marriage to Nate Duke, the ambitious heir to a real estate company. Secluded in an old farmhouse that was her marital home, Maggie relives her marriage to Nate and his abusive treatment of her. But in her present, a very different man is haunting her -- the born-again convict who has confessed to the crime. As his story competes with hers, Maggie pores through trial transcripts, old journals, and photo albums, trying fruitlessly to remember exactly what happened.

Written in spare, elegant prose, Paul Jaskunas's novel reads like a waking dream as Maggie is torn by the question -- was it Nate? Or was it this stranger who seems to know intimate details? And what will it cost her to discover the truth? A work of searing suspense written in the heroine's brave voice, Hidden is ultimately about a woman confronting the betrayal of her body and the ambiguity of her mind. [Goodreads Summary]

Why I want to read this: Yet another book that has been sitting on my TBR shelf for years now whose origin I am not quite sure about. Did it come recommended? Did I receive it as a gift or find it while browsing at the bookstore? All I know is this sounds like an emotional roller coaster of a domestic thriller.

Have you read Hidden? Does it sounds like something you would enjoy? 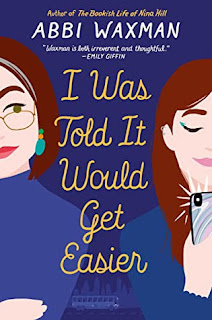 I Was Told It Would Get Easier by Abbi Waxman
Release Date: June 16, 2020 by Berkley

Squashed among a bus full of strangers, mother-daughter duo Jessica and Emily Burnstein watch their carefully mapped-out college tour devolve into a series of off-roading misadventures, from the USA Today bestselling author of The Bookish Life of Nina Hill.

Jessica and Emily Burnstein have very different ideas of how this college tour should go.

For Emily, it’s a preview of freedom, exploring the possibility of her new and more exciting future. Not that she’s sure she even wants to go to college, but let’s ignore that for now. And maybe the other kids on the tour will like her more than the ones at school. . . . They have to, right?

For Jessica, it’s a chance to bond with the daughter she seems to have lost. They used to be so close, but then Goldfish crackers and Play-Doh were no longer enough of a draw. She isn’t even sure if Emily likes her anymore. To be honest, Jessica isn’t sure she likes herself.

Together with a dozen strangers–and two familiar enemies–Jessica and Emily travel the East Coast, meeting up with family and old friends along the way. Surprises and secrets threaten their relationship and, in the end, change it forever. [Goodreads Summary]

Why I want to read this: I enjoyed The Bookish Life of Nina Hill and when I saw the author has a new book coming out, I knew right away it would go on my wish list. Although it's been am embarrassingly long time ago, I still remember when my mom, brother and I went on a road trip to tour prospective colleges for me and the adventure we had. I look forward to reading this one. 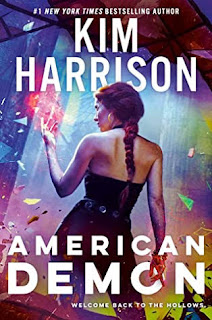 RACHEL MORGAN IS BACK–AND THE HOLLOWS WILL NEVER BE THE SAME.

What happens after you’ve saved the world? Well, if you’re Rachel Mariana Morgan, witch-born demon, you quickly discover that something might have gone just a little bit wrong. That the very same acts you and your friends took to forge new powers may have released something bound by the old. With a rash of zombies, some strange new murders, and an exceedingly mysterious new demon in town, it will take everything Rachel has to counter this new threat to the world–and it may demand the sacrifice of what she holds most dear. [Goodreads Summary]

Why I want to read this: I have only read the first book in the original Hollow's series, and I loved it. I need to pick up the rest of the series and read it before I jump into this one, but I cannot resist adding this to my wish list. 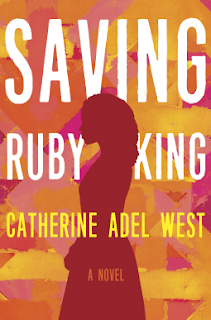 Set in the South Side of Chicago, an epic, enthralling story of a young woman determined to protect her best friend while a long-buried secret threatens to unravel both their families.

Family. Faith. Secrets. Everything in this world comes full circle.

When Ruby King’s mother is found murdered in their home in Chicago’s South Side, the police dismiss it as another act of violence in a black neighborhood. But for Ruby, it means she’ll be living alone with her violent father. The only person who understands the gravity of her situation is Ruby’s best friend, Layla. Their closeness is tested when Layla’s father, the pastor of their church, demands that Layla stay away. But what are his true motives? And what is the price for turning a blind eye?

In a relentless quest to save Ruby, Layla comes to discover the murky loyalties and dark secrets tying their families together for three generations. A crucial pilgrimage through the racially divided landscape of Chicago, Saving Ruby King traces the way trauma is passed down through generations and the ways in which communities can come together to create sanctuary.

Saving Ruby King is an emotional and revelatory story of race, family secrets, faith and redemption. This is an unforgettable debut novel from an exciting new voice in fiction and a powerful testament that history doesn’t determine the present, and that the bonds of friendship can forever shape the future. [Goodreads Summary]