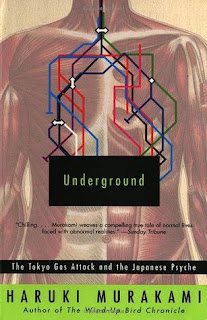 
It was a clear spring day, Monday, March 20, 1995, when five members of the religious cult Aum Shinrikyo conducted chemical warfare on the Tokyo subway system using sarin, a poison gas twenty-six times as deadly as cyanide. The unthinkable had happened, a major urban transit system had become the target of a terrorist attack.

In an attempt to discover why, Haruki Murakami, internationally acclaimed author of The Wind-Up Bird Chronicle and arguably Japan’s most important contemporary novelist, talked to the people who lived through the catastrophe—from a Subway Authority employee with survivor guilt, to a fashion salesman with more venom for the media than for the perpetrators, to a young cult member who vehemently condemns the attack though he has not quit Aum.

Through these and many other voices, Murakami exposes intriguing aspects of the Japanese psyche. And as he discerns the fundamental issues leading to the attack, we achieve a clear vision of an event that could occur anytime, anywhere. Hauntingly compelling and inescapably important, Underground is a powerful work of journalistic literature from one of the world’s most perceptive writers. [Goodreads Summary]

Why I want to read it: I had read an article about this book years ago, and it landed on my wish list as a result. Eventually, I purchased a copy and there it has sat on my shelf waiting its turn. Human behavior, perception and motivation has always intrigued me, including when it comes to cults and also those who have survived such tragic and horrific events such as this. 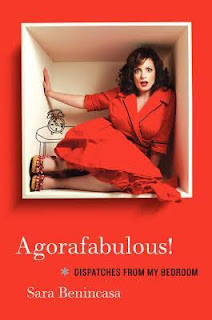 Agorafabulous!: Dispatches from My Bedroom by Sara Benincasa
(William Morrow, 2013)

"I subscribe to the notion that if you can laugh at the shittiest moments in your life, you can transcend them. And if other people can laugh at your awful shit as well, then I guess you can officially call yourself a comedian."

In Boston, a college student fears leaving her own room—even to use the toilet. In Pennsylvania, a meek personal assistant finally confronts a perpetually enraged gay spiritual guru. In Texas, a rookie high school teacher deals with her male student’s unusually, er, hard personal problem. Sara Benincasa has been that terrified student, that embattled employee, that confused teacher—and so much more. Her hilarious memoir chronicles her attempts to forge a wonderfully weird adulthood in the midst of her lifelong struggle with agoraphobia, depression, and unruly hair.

Relatable, unpretentious, and unsentimental, Agorafabulous! celebrates eccentricity, resilience, and the power of humor to light up even the darkest corners of our lives. (There are also some sexy parts, but they’re really awkward. Like really, really awkward.) [Goodreads Summary]

Why I want to read it: I do not read memoirs like I once did, but the ones that appeal to me the most are often the ones involving regular people who are struggling with real issues such as mental illness or tragedy. Humor is one way to cope and deal with the worst of it, but even as we may laugh, the struggle is no less challenging. 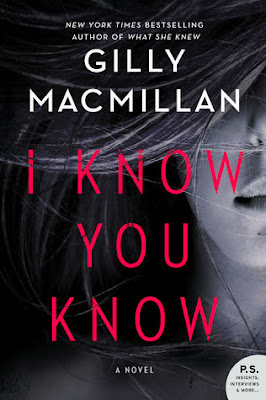 I Know You Know by Gilly Macmillan
Release Date: September 18, 2018 by William Morrow

Twenty years ago, eleven-year-olds Charlie Paige and Scott Ashby were murdered in the city of Bristol, their bodies dumped near a dog racing track. A man was convicted of the brutal crime, but decades later, questions still linger.

For his whole life, filmmaker Cody Swift has been haunted by the deaths of his childhood best friends. The loose ends of the police investigation consume him so much that he decides to return to Bristol in search of answers. Hoping to uncover new evidence, and to encourage those who may be keeping long-buried secrets to speak up, Cody starts a podcast to record his findings. But there are many people who don’t want the case—along with old wounds—reopened so many years after the tragedy, especially Charlie’s mother, Jess, who decides to take matters into her own hands.

When a long-dead body is found in the same location the boys were left decades before, the disturbing discovery launches another murder investigation. Now Detective John Fletcher, the investigator on the original case, must reopen his dusty files and decide if the two murders are linked. With his career at risk, the clock is ticking and lives are in jeopardy… [Goodreads Summary]

Why I want to read it: I enjoy a good thriller, and the story of the surviving friend looking into the long ago crime is one of my favorite themes. 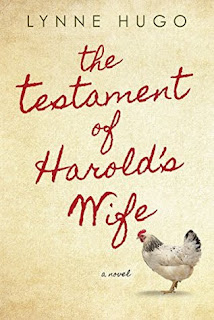 The Testament of Harold's Wife by Lynne Hugo
Release Date: September 25, 2018 by Kensington

After losing her husband, Harold, and her beloved grandson, Cody, within the past year, Louisa has two choices. She can fade away on her Indiana family farm, where her companionship comes courtesy of her aging chickens and an argumentative cat. Or, she can concoct A Plan. Louisa, a retired schoolteacher who’s as smart, sassy, and irreverent as ever, isn’t the fading away type.

The drunk driver who killed Cody got off scot-free by lying about a deer on the road. Harold had tried to take matters into his own hands, but was thwarted by Gus, the local sheriff. Now Louisa decides to take up Harold’s cause, though it will mean outsmarting Gus, who’s developed an unwelcome crush on her, and staying ahead of her adult son who’s found solace in a money-draining cult and terrible art.

Louisa's love of life is rekindled as the spring sun warms her cornfields and she goes into action. But even the most Perfect Plans can go awry. A wounded buck, and a teenage boy on the land she treasures help Louisa see that the enduring beauty of the natural world and the mystery of human connection are larger than revenge . . . and so is justice. [Goodreads Summary]

Why I want to read it: I read another of Lynne Hugo's novels a while ago and enjoyed it. Just reading the synopsis has me eager to dive into Louisa's world. Stories leading from heartbreak to hope are among my favorite kind. 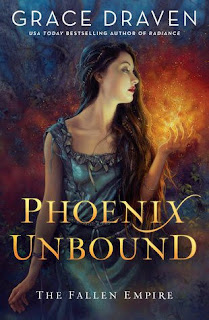 
A woman with power over fire and illusion and an enslaved son of a chieftain battle a corrupt empire in this powerful and deeply emotional romantic fantasy from the USA Today bestselling author of Radiance.

Why I want to read it: Gilene sounds like a great character in a terrible situation. I have to know more!