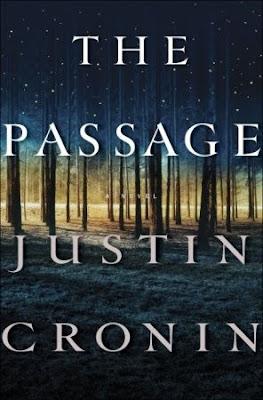 “It happened fast. Thirty-two minutes for one world to die, another to be born.”

First, the unthinkable: a security breach at a secret U.S. government facility unleashes the monstrous product of a chilling military experiment. Then, the unspeakable: a night of chaos and carnage gives way to sunrise on a nation, and ultimately a world, forever altered. All that remains for the stunned survivors is the long fight ahead and a future ruled by fear—of darkness, of death, of a fate far worse.

As civilization swiftly crumbles into a primal landscape of predators and prey, two people flee in search of sanctuary. FBI agent Brad Wolgast is a good man haunted by what he’s done in the line of duty. Six-year-old orphan Amy Harper Bellafonte is a refugee from the doomed scientific project that has triggered apocalypse. He is determined to protect her from the horror set loose by her captors. But for Amy, escaping the bloody fallout is only the beginning of a much longer odyssey—spanning miles and decades—towards the time and place where she must finish what should never have begun.

With The Passage, award-winning author Justin Cronin has written both a relentlessly suspenseful adventure and an epic chronicle of human endurance in the face of unprecedented catastrophe and unimaginable danger. Its inventive storytelling, masterful prose, and depth of human insight mark it as a crucial and transcendent work of modern fiction.' to '“It happened fast. Thirty-two minutes for one world to die, another to be born.”  [Goodreads Summary]

Why I want to read it: This book was all the rage when it first came out and I could not help but add it to my personal library. I think it is the length that has me pausing before actually reading it, but it sure does sound good! 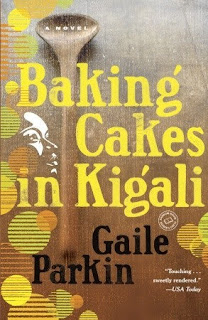 Once in a great while a debut novelist comes along who dazzles us with rare eloquence and humanity, who takes us to bold new places and into previously unimaginable lives. Gaile Parkin is just such a talent—and Baking Cakes in Kigali is just such a novel. This gloriously written tale—set in modern-day Rwanda—introduces one of the most singular and engaging characters in recent fiction: Angel Tungaraza—mother, cake baker, keeper of secrets—a woman living on the edge of chaos, finding ways to transform lives, weave magic, and create hope amid the madness swirling all around her.

In Kigali, Angel runs a bustling business: baking cakes for all occasions—cakes filled with vibrant color, buttery richness, and, most of all, a sense of hope only Angel can deliver.…A CIA agent’s wife seeks the perfect holiday cake but walks away with something far sweeter…a former boy-soldier orders an engagement cake, then, between sips of tea, shares an enthralling story…weary human rights workers…lovesick limo drivers. Amid this cacophony of native tongues, love affairs, and confessions, Angel’s kitchen is an oasis where people tell their secrets, where hope abounds and help awaits.

In this unlikely place, in the heart of Rwanda, unexpected things are beginning to happen: A most unusual wedding is planned…a heartbreaking mystery—involving Angel’s own family—unravels…and extraordinary connections are being made among the men and women who have tasted Angel’s beautiful cakes…as a chain of events unfolds that will change Angel’s life—and the lives of those around her—in the most astonishing ways.  [Goodreads Summary]

Why I want to read it: Oh, wouldn't I love to sit in Angel's shop and enjoy getting to know the various people who walk through her doors! 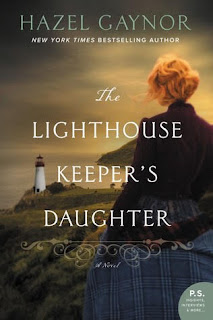 From The New York Times bestselling author of The Girl Who Came Home comes a historical novel inspired by true events, and the extraordinary female lighthouse keepers of the past two hundred years.

Why I want to read it: Hazel Gaynor is an auto-buy for me. And I haven't even read most of her books yet! I love her writing and the stories she weaves together, in this case, two that are a century apart. I look forward to reading this one. 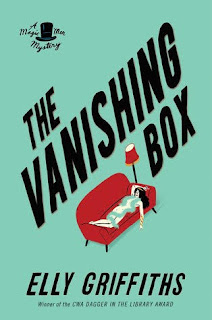 DI Edgar Stephens and the magician Max Mephisto discover once again that the line between art, life, and death is all too easily blurred.

It's the holiday season and Max Mephisto and his daughter Ruby have landed a headlining gig at the Brighton Hippodrome, the biggest theater in the city, an achievement only slightly marred by the less-than-savory supporting act: a tableau show of naked "living statues." But when one of the girls goes missing and turns up dead not long after, Max and Ruby realize there's something far more sinister than obscenity afoot in the theater.

DI Edgar Stephens is on the case. As he searches for the killer, he begins to suspect that her fatal vanishing act may very well be related to another case, the death of a quiet local florist. [Goodreads Summary]

Why I want to read it: A couple of my mystery reader friends are always singing the praises of Elly Griffiths. I really must give her mysteries a try!