I am really excited about these four titles and could not settle on just one or two to feature. Each one appeals to me for different reasons, but they all sound interesting. 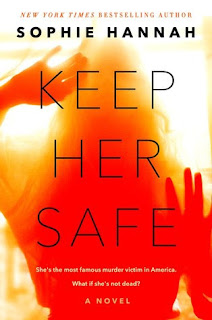 She's the most famous murder victim in America. What if she's not dead?

Pushed to the breaking point, Cara Burrows flees her home and family and escapes to a five-star spa resort she can't afford. Late at night, exhausted and desperate, she lets herself into her hotel room and is shocked to find it already occupied — by a man and a teenage girl.

A simple mistake at the front desk... but soon Cara realizes that the girl she saw alive and well in the hotel room is someone she can't possibly have seen: the most famous murder victim in the country, Melody Chapa, whose parents are serving natural life sentences for her murder.

Cara doesn't know what to trust — everything she's read and heard about the case, or the evidence of her own eyes. Did she really see Melody? And is she prepared to ask herself that question and answer it honestly if it means risking her own life? [Goodreads Summary]


My thoughts: My first thought when reading the synopsis of Keep Her Safe was human trafficking, but that could be because it's been in the forefront of the the media and my job for quite a while now (and for good reason). It could have absolutely nothing to do with that. This one sounds like it will keep my heart thumping fast. 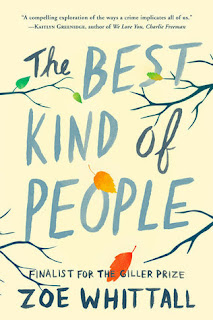 
A timely novel about an accusation against a beloved schoolteacher and the repercussions on his loved ones, exploring issues of loyalty, truth, and the meaning of happiness through the lens of an all-American family on the brink of collapse.

George Woodbury, a celebrated teacher, is arrested for sexual impropriety at a prestigious prep school. His wife, Joan, vaults between denial and rage as the community she loved turns on her. Their daughter, Sadie, a popular over-achieving high school senior, becomes a social pariah. Their son, Andrew, assists in his father’s defense, while grappling with his own unhappy memories of his teen years. A local author tries to exploit their story, while an unlikely men’s rights activist attempts to get Sadie onside their cause. With George locked up, how do the members of his family pick up the pieces and keep on with their lives? How do they defend someone they love while wrestling with the possibility of his guilt?

With exquisite emotional precision, award-winning author Zoe Whittall explores the irrevocable damage of an accusation—not on the man accused, but on the family who have built their lives around him.  [Goodreads Summary]


My thoughts: This one sounds like it will be an emotional and thought provoking read. 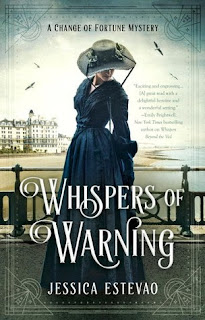 
The latest in a dazzling new historical mystery series featuring Ruby Proulx, a psychic with a questionable past who suddenly finds her future most uncertain…

Partially reformed con artist Ruby Proulx is starting to feel at home in her aunt’s seaside hotel. She loves the feeling of being rooted in one place and also feels a sense of purpose as she helps her aunt keep her business afloat by acting as a psychic medium for the hotel’s metaphysically inclined guests.

When one of the guests, renowned Spiritualist and outspoken suffragist Sophronia Foster Eldridge, checks into the hotel for a month-long stay, Ruby finds her sense of purpose expand outside the confines of home and family. Sophronia takes Ruby under her wing and mentors her in the mediumistic abilities, encouraging her to work for a woman’s right to vote. But not everyone is as happy with Sophronia’s appearance in Old Orchard. When her body is found floating in the saltwater plunge pool of a local bathhouse, Ruby takes it upon herself to solve the murder, and in the process learns that Sophronia was hiding some secrets of her own.  [Goodreads Summary]


My thoughts: Just one look at the cover, and I knew this book was something I might enjoy. I have the first book in the series right here on my TBR pile and am looking forward to reading both. 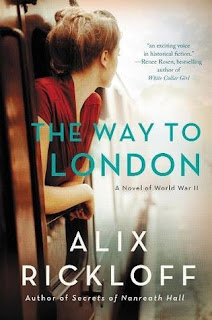 
On the eve of Pearl Harbor, impetuous and overindulged, Lucy Stanhope, the granddaughter of an earl, is living a life of pampered luxury in Singapore until one reckless act will change her life forever.

Exiled to England to stay with an aunt she barely remembers, Lucy never dreamed that she would be one of the last people to escape Singapore before war engulfs the entire island, and that her parents would disappear in the devastating aftermath. Now grief stricken and all alone, she must cope with the realities of a grim, battle-weary England.

Then she meets Bill, a young evacuee sent to the country to escape the Blitz, and in a moment of weakness, Lucy agrees to help him find his mother in London. The unlikely runaways take off on a seemingly simple journey across the country, but her world becomes even more complicated when she is reunited with an invalided soldier she knew in Singapore.

Now Lucy will be forced to finally confront the choices she has made if she ever hopes to have the future she yearns for. [Goodreads Summary]


My thoughts: Did someone say World War II? The past catching up to the main character? I am all over this one.