Life was a bed of roses this past week, thorns and all. A flat tire, a sick cat, and other bad news on the home front. Mixed in with a trip to Disneyland, painting in the park, and the L.A. Times Festival of Books. Overall, I think it turned out well, despite the prickly bits.

I left the book festival with hardly any books. Just two: one for me and one for Mouse. It seems wrong somehow, doesn't it?  My husband was not feeling too well, and Mouse had her own ideas of what she wanted to do. It made for an interesting day. I got to meet several authors, including Linda O. Johnston who writes a cozy mystery series and Jan Moran, the author of Scent of Triumph.

Our day at Disneyland was much more a success, even when Mouse stomped her feet and begged to stay when it was time to go. When we first arrived, Mouse (in her Snow White dress--I never thought I would be that parent who let her child dress as a princess for a visit to the park. You try saying no to a dreamy-eyed 4 year old.) insisted on visiting the princesses first. And then it was all about the rides. We took in the Frozen show, which we all enjoyed. Mouse got to play in the snow for the first time (thanks to Olaf's Snow Fest) and was in Heaven, dancing and sliding across the ice and snow. I think that was her favorite part.

As for books, my husband is too easily distracted. How can he just put Charlotte Bronte's Jane Eyre aside and not read it for weeks?! I have been trying not to outpace him by too much, but it gets harder and harder to set the book aside to let him catch up.  He's not that slow of a reader.  He just has other interests that keep him occupied. Too occupied.  It is a crime to stay away from Jane Eyre this long! Anyway, I am at that part in Jane Eyre where all hell has broke loose, and I find myself both hating and loving Mr. Rochester all the while loving Jane (as always).

I finished Leif Enger's Peace Like a River last Friday and haven't yet settled on a new book. I keep going back and forth about what to read next.

What are you reading at the moment? Is it something you would recommend?

The two books I am going back and forth between at the moment are Jan Ellison's A Small Indiscretion and Jan Moran's Scent of Triumph (it just dawned on me both authors' names are Jan). How about I let you help me decide which to read next?

About A Small Indiscretion by Jan Ellison (from the publisher):

A Small Indiscretion announces a major new voice in suspense fiction as it unfolds a story of denial, obsession, love, forgiveness—and one woman’s reckoning with her own fateful mistakes.

London, the year I turned twenty.

I wore a winter coat, the first I ever owned--a man's coat purchased at a secondhand store. I wore it every day, along with a silk scarf tied around my neck, imagining I looked artsy or sophisticated. Each scarf cost a pound, and I bought them from an Indian woman who kept a stall in the tube station at Victoria, where I caught my train to work. They were thin, crinkled things, not the sort of scarves that ought to be worn to work in an office or that offered any protection against the cold. But I could not resist them, their weightlessness and soft, faint colors. The money I spent on them, and the habit I adopted of wearing a different one each day, seems to me now a haphazard indulgence, an attempt to prove that I was the kind of girl capable of throwing herself headlong into an affair with her boss--a married man twice her age--and escaping without consequence.


What do you think of the opening of A Small Indiscretion?  Would you continue reading?

About Scent of Triumph by Jan Moran (from the publisher):

When French perfumer Danielle Bretancourt steps aboard a luxury ocean liner, leaving her son behind in Poland with his grandmother, she has no idea that her life is about to change forever. The year is 1939, and the declaration of war on the European continent soon threatens her beloved family, scattered across many countries. Traveling through London and Paris into occupied Poland, Danielle searches desperately for the remains of her family, relying on the strength and support of Jonathan Newell-Grey, a young captain. Finally, she is forced to gather the fragments of her impoverished family and flee to America. There she vows to begin life anew, in 1940's Los Angeles.

There, through determination and talent, she rises high from meager jobs in her quest for success as a perfumer and fashion designer to Hollywood elite. Set between privileged lifestyles and gritty realities, Scent of Triumph by commanding newcomer Jan Moran is one woman's story of courage, spirit, and resilience.


A rose, the symbol of love, the queen of the perfumer's pallete. How then, does the perfume of war intoxicate even the most reasonable of men?

-DB (From the perfume journal of Danielle Bretancourt)

Danielle Bretancourt von Hoffman braced herself against the mahogany-paneled stateroom wall, striving for balance as she flung open a brass porthole, seeking a moment of respite she knew would never be. A damp, kelp-scented wind--a harbinger of the storm ahead--whistled through the cabin, assaulting her nose with its raw intensity, but the sting of the salty spray did little to assuage the fear she had for her little boy.


What do you think of the opening of Scent of Triumph? Would you continue reading?

Of the two, A Small Indiscretion and Scent of Triumph, which do you think I should read next?

This week's Top Ten Tuesday theme is Top Ten ALL TIME Favorite Authors. I cannot do this! It's too hard.  Okay, so let's stick to authors of whom I have read more than one book by.  Heck, let's just keep the list to series authors I adore. It seems only fair. I hate that I am behind on almost all of these series.

1. The obvious.  J.K. Rowling.  I love the world of Harry Potter. I love Hogwarts. I love Hermione.  I hated to see the series end. I haven't yet read her mystery series, but I know I am going to love it too.

2. Jim Butcher, of course.  Did you really think he wouldn't be on the list? I have so much love in my heart for his Dresden Files series. It's addicting.

3. Sue Grafton is one of my favorite mystery authors. I have enjoyed reading her Kinsey Millhone series since I first read A is for Alibi.

4. Craig Johnson is such a nice man in person. If you ever get a chance to meet him, please do. And his mystery books featuring Sheriff Longmire are pretty awesome too.

5. Patricia Briggs. I have only read part of one of her series (Mercy Thompson), but I so easily get lost in her books.

6. Same with Ilona Andrews (a wife and husband team) and their Kate Daniels series. I can't wait to read their other books.

7. Is it cheating to pick a trilogy? Patrick Ness for his Chaos Walking Trilogy?  Talk about an author who can make you feel all sorts of emotions.

8. Anne Bishop. Have you read the Others series?  If you like dark fantasy, you really should.  I also enjoyed her Back Jewels books.

9. Kelley Armstrong and her Women of the Other World series. Another series I am addicted to by an author I love.

10. Michael Connelly is one of my all-time favorite mystery authors. I haven't actually read most of his books.  Yet.  But the ones I have read, I have really enjoyed.

Have you read any of these authors?  Who are some of your all-time favorite authors? 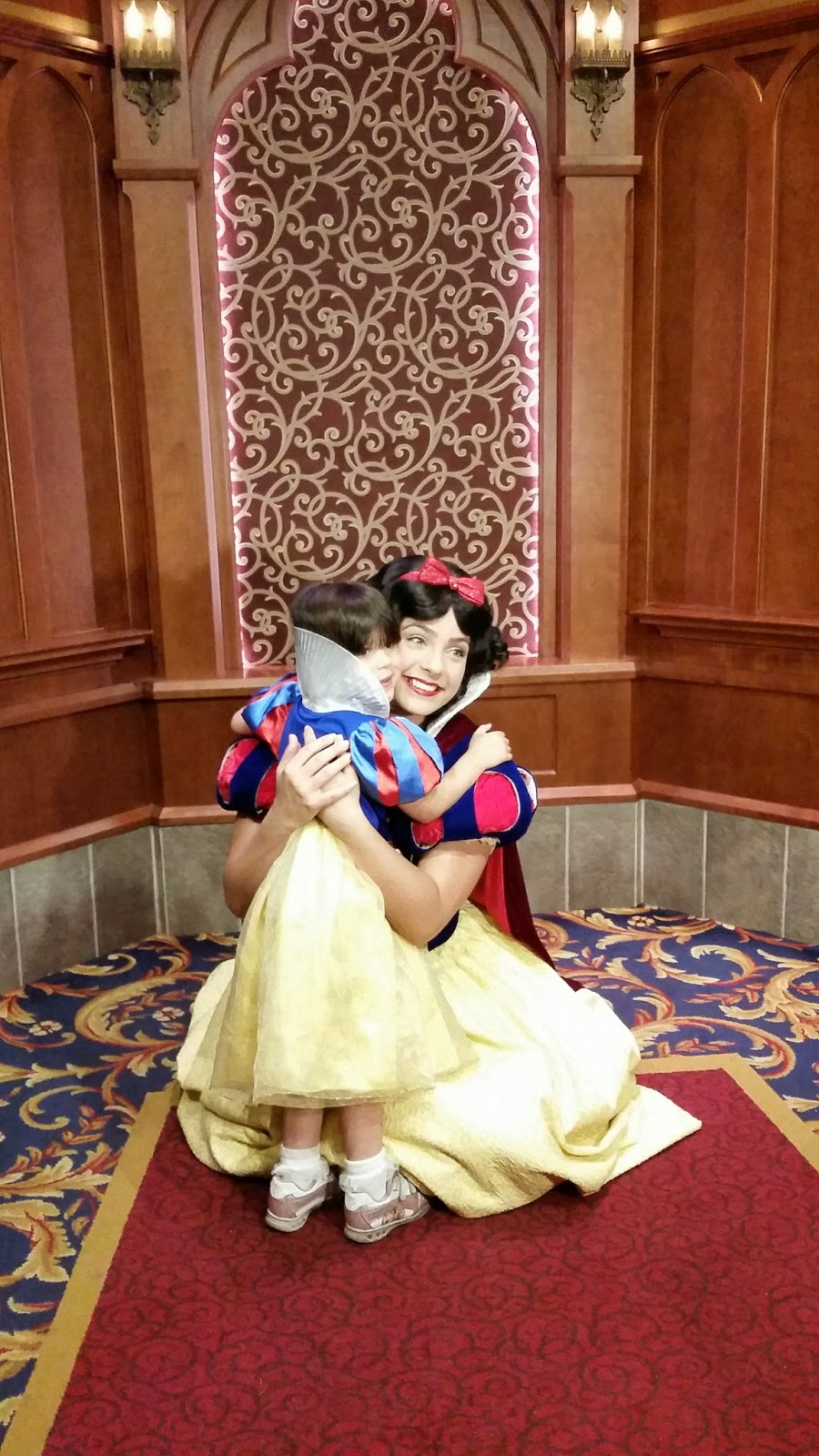