Weekly Mews: Mouse's Corner Edition (Whatever After) & What I Have Been Up To

I am linking up to the Sunday Post hosted by Kim of Caffeinated Book Reviewer and The Sunday Salon (TSS) hosted by Deb Nance of Readerbuzz  where participants recap our week, talk about what we are reading, share any new books that have come our way, and whatever else we want to talk about. I am also linking It's Monday! What Are you Reading? hosted by Kathryn of Book Date and a children's/middle grade version hosted by Jen Vincent, Teach Mentor Texts, and Kellee of Unleashing Readers where readers talk about what they have been, are and will be reading. 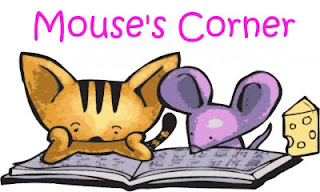 Last year, Mouse and I read the Spill the Beans, the thirteenth book in the Whatever After series by Sarah Mlynowski, which she loved and I felt so-so about. But if it gets her excited about reading then I am all in! Mouse was eager to read more in the series and so for Christmas, I got her the first three books, which we recently read together. 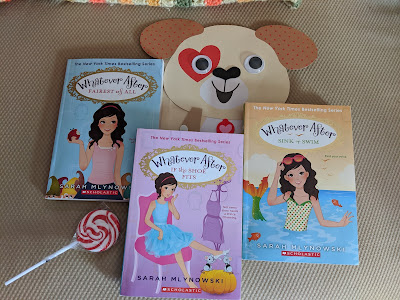 What I Am Reading: I finished reading Michelle Obama's Becoming early in the week and loved it. What a humble and amazing woman. I am now reading The Gilded Ones by Namina Forna. So far it is living up to the hype and my expectations.
I have not quite decided what to read next. Shadow and Bone by Leigh Bardugo perhaps (so I can be ready for the release of the Netflix series). Although, I am in the mood for a historical novel. Maybe I will do that for next month's TBR Poll and make you choose for me! Hmmm.
What I Am Watching: My family and I watched the latest WandaVision episode. As anxious as I am to see how everything wraps up in the next episode, I am also sad it's coming to an end. We are also keeping up with our Buffy and Angel watching. We watch an episode almost every night, depending on what we have going on.
Off the Blog: It was a week. A very crazy-busy-thank-goodness-its-over kind of week. I was so relieved when I left the office Friday evening. I am behind on blog visits and responding to comments--thank you for your patience and understanding.
The trimester is officially over for my daughter and the new one begins next week. We got word from the school district that they will be starting elementary school students in the hybrid program in the classroom one day a week beginning March 9th, raising it to two days a week a couple weeks after that if all goes well. Hopefully it will go well for those returning to the classroom. From talking to teacher friends and other parents, feelings are mixed. As I've mentioned before, my daughter is in the virtual program this school year, and so we will be watching from the sidelines. The COVID numbers are continuing to go down in my county and dare we hope we will be able to enter a slightly less restrictive tier soon?
Mouse made breakfast for all of us last Sunday as part of a Girl Scout project she is working on. Chocolate chip pancakes topped with whipped cream. My favorite!
I just received Mouse's March dance/rehearsal schedule for March. It's going to be a busy month for her. Which reminds me, I need to load the donation bags into the car and drive them over to the studio today. The booster club is doing a fundraiser, collecting clothes and some household items.  I have about nine or ten full garbage bags waiting for an opportunity to be donated. My husband will be so happy to clear the space in our garage! 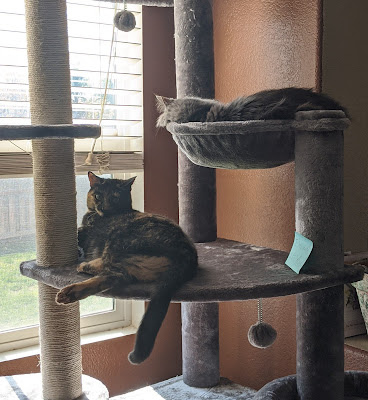