Waiting to Read Wednesday: The Mermaid from Jeju & Day One 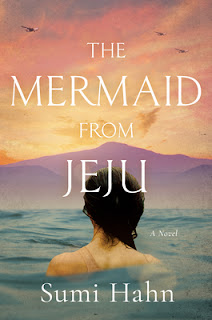 In the tradition of Yangsze Choo's Night Tiger and Min Jin Lee's Pachinko comes a magical saga that explores what it really means to love.

In the aftermath of World War II, Goh Junja is a girl just coming into her own. She is the latest successful deep sea diver in a family of strong haenyeo. Confident she is a woman now, Junja urges her mother to allow her to make the Goh family's annual trip to Mt. Halla, where they trade abalone and other sea delicacies for pork. Junja, a sea village girl, has never been to the mountains, where it smells like mushrooms and earth, and it is there she falls in love with a mountain boy Yang Suwol, who rescues her after a particularly harrowing journey. But when Junja returns one day later, it is just in time to see her mother take her last breath, beaten by the waves during a dive she was taking in Junja's place.

Spiraling in grief, Junja sees her younger siblings sent to live with their estranged father, Suwol is gone, the ghost of her mother haunts their home--from the meticulously tended herb garden that has now begun to sprout weeds, to the field where their bed sheets are beaten. She has only her grandmother and herself. But the world moves on without Junja.

The political climate is perilous. Still reeling from Japan's forced withdrawal from the peninsula, Korea is forced to accommodate the rapid establishment of US troops, and her grandmother, who lived through the Japanese invasion that led to Korea's occupation understands the signs of danger all too well. When Suwol is arrested for working with and harboring communists, and the perils of post-WWII overtake her homelands, Junja must learn to navigate a tumultuous world unlike anything she's ever known. [Goodreads Summary]

Why I want to read this: Everything about this book calls to me. I love historical fiction and this sounds like such a heartbreaking novel that will bring tears to my eyes more than once. I can't wait to read it.

Does The Mermaid from Jeju interest you? What upcoming release are you looking forward to reading? 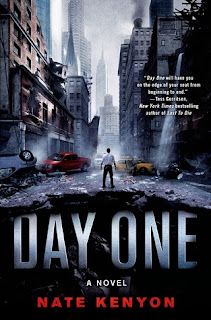 Scandal-plagued hacker journalist John Hawke is hot on the trail of the explosive story that might save his career. James Weller, the former CEO of giant technology company Eclipse, has founded a new start-up, and he’s agreed to let Hawke do a profile on him. Hawke knows something very big is in the works at Eclipse---and he wants to use the profile as a foot in the door to find out more.

After he arrives in Weller’s office in New York City, a seemingly normal day quickly turns into a nightmare as anything with an Internet connection begins to malfunction. Hawke receives a call from his frantic wife just before the phones go dead. Soon he and a small band of survivors are struggling for their very lives as they find themselves thrust into the middle of a war zone---with no obvious enemy in sight.

The bridges and tunnels have been destroyed. New York City is under attack from a deadly and brilliant enemy that can be anywhere and can occupy anything with a computer chip. Somehow Hawke must find a way back to his pregnant wife and young son. Their lives depend upon it . . . and so does the rest of the human race. [Goodreads Summary]

Why I want to read this: It is always my intent to read more science fiction. I do enjoy it. This one has a bit of a horror sci fi vibe. I picked up a copy of this one on 2013 and added it to my TBR shelf. It sounded like quite the page turner. And still does.