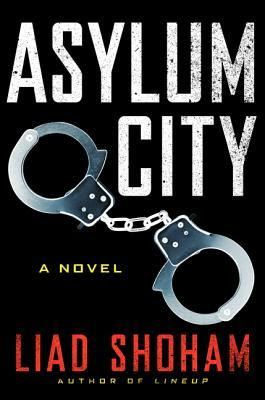 In this edgy thriller from the author of the #1 Israeli bestseller Lineup, which was described by Joseph Finder as ‘a marvel of tight plotting, spare prose, and relentless pacing’, a young police officer’s investigation of a murder plunges her into the dark underworld of Tel Aviv.
When social activist Michal Poleg is found dead in her Tel Aviv apartment, her body showing signs of severe violence, officer Anat Nachmias is given the lead on her first murder investigation. Eager to find answers, the talented and sensitive cop looks to the victim’s past for clues, focusing on the last days before her death. Could one of the asylum-seekers Michal worked with be behind this crime?
Then a young African man confesses to the murder, and Anat’s commanders say the case is closed. But the cop isn’t convinced. She believes that Michal, a tiny girl with a gift for irritating people, got involved in something far too big and dangerous for her to handle.
Joined by Michal’s clumsy yet charming boss, Anat is pulled deep into a perplexing shadow world where war victims and criminals, angels and demons, idealists and cynics, aid organisations and criminal syndicates intersect. But the truth may be more than Anat can manage, bringing her face to face with an evil she’s never before experienced. [Goodreads Summary]

Why I want to read this: I read the author's first book, Lineup, and enjoyed it, and so scooped up this one when it first came out. I enjoy mysteries set in other countries. 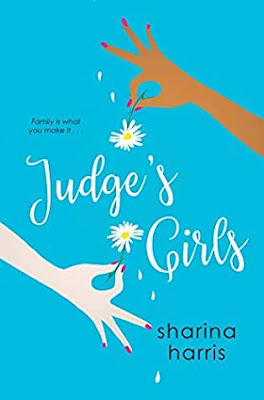 Three very different women. Only one thing in common. But when their family patriarch dies and they must share his estate, the truths they discover will test them--and everything they think they know about each other.
Beloved Georgia judge Joseph Donaldson was known for his unshakable fairness, his hard-won fortune--and a scandalous second marriage to his much-younger white secretary. Now he's left a will with a stunning provision. In order to collect their inheritance, his lawyer daughter Maya, her stepmother Jeanie, and Jeanie's teen daughter, Ryder, must live together at the family lake house. Maya and Jeanie don't exactly get along, but they reluctantly agree to try an uneasy peace for as long as it takes...
But fragile ex-beauty queen Jeanie doesn't know who she is beyond being a judge's wife--and drinking away her insecurities has her in a dangerous downward spiral. Fed up with her mother's humiliating behavior, Ryder tries to become popular at school in all the wrong ways. And when Maya attempts to help, she puts her successful career and her shaky love life at risk. Now with trouble they didn't see coming--and secrets they can no longer hide--these women must somehow find the courage to admit their mistakes, see each other for who they really are--and slowly, perhaps even joyfully, discover everything they could be. [Goodreads Summary]

Why I want to read this: This sounds like a heartfelt read, one of women supporting women (even if not initially), grieving that who they have lost, and re-discovering themselves. 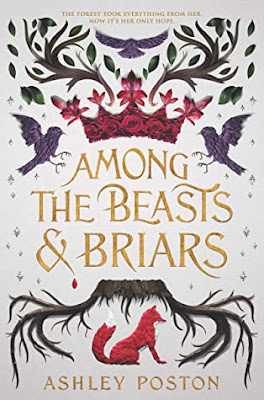 Among the Beasts and Briars by Ashley Poston
Release Date: October 20, 2020 by Balzer + Bray

Cerys is safe in the kingdom of Aloriya.
Here there are no droughts, disease, or famine, and peace is everlasting. It has been this way for hundreds of years, since the first king made a bargain with the Lady who ruled the forest that borders the kingdom. But as Aloriya prospered, the woods grew dark, cursed, and forbidden. Cerys knows this all too well: when she was young, she barely escaped as the woods killed her friends and her mother. Now Cerys carries a small bit of the curse—the magic—in her blood, a reminder of the day she lost everything. The most danger she faces now, as a gardener’s daughter, is the annoying fox who stalks the royal gardens and won’t leave her alone.
As a new queen is crowned, however, things long hidden in the woods descend on the kingdom itself. Cerys is forced on the run, her only companions the small fox from the garden, a strange and powerful bear, and the magic in her veins. It’s up to her to find the legendary Lady of the Wilds and beg for a way to save her home. But the road is darker and more dangerous than she knows, and as secrets from the past are uncovered amid the teeth and roots of the forest, it’s going to take everything she has just to survive. [Goodreads Summary]

Why I want to read this: I cannot resist the draw of magic--and a forest full of secrets. I can't wait to read this one. 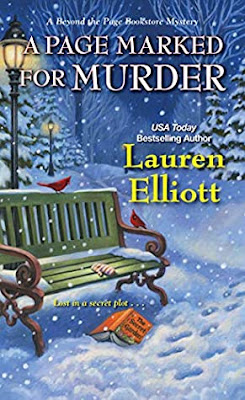 A Page Marked for Murder (Beyond the Page Bookstore Mystery #5) by Lauren Elliott
Release Date: October 27, 2020 by Kensington

In Lauren Elliott's fifth Beyond the Page Bookstore Mystery, a murder and a missing first edition of The Secret Garden have rare bookstore owner Addie Greyborne running around her Massachusetts town trying to read the clues...
January isn't the season for the seaside, but the big Fire and Ice festival is keeping bookstore owner Addie busy. Amid the plans for a fireworks display and an ice-carving competition, she's also dog sitting for a friend in the hospital. When Addie goes to her friend's house to gather supplies, she notices an interesting item on the nightstand which belongs to her shop assistant, Paige: a very valuable copy of the beloved children's book The Secret Garden.
But Addie's blood runs cold when she finds something else: a dead body behind the bakery next door to her shop. Martha, the bakery owner, has no alibi--and has been seen in a heated argument with the victim. And the next thing Addie knows, that first edition has gone missing. Is there a connection between the body and the treasured tome? If there is, it's up to Addie to find a killer with a motive as hidden as Frances Hodgson Burnett's famous garden... [Goodreads Summary]

Why I want to read this: How have I not read this series yet?! A cozy mystery centered around a bookstore? I'm in!
Do any of these books sound like books you would like to read? What upcoming releases are you looking forward to?