Waiting to Read Wednesday: The House We Grew Up In / Murder in Old Bombay / Mimi Lee Reads Between the Lines / The Bright and Breaking Sea 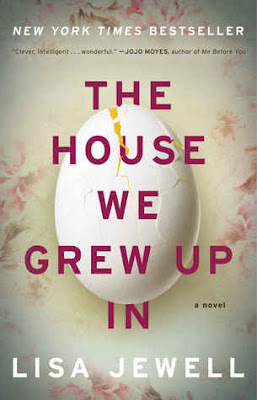 Meet the Bird family. They live in a honey-colored house in a picture-perfect Cotswolds village, with rambling, unkempt gardens stretching beyond. Pragmatic Meg, dreamy Beth, and tow-headed twins Rory and Rhys all attend the village school and eat home-cooked meals together every night. Their father is a sweet gangly man named Colin, who still looks like a teenager with floppy hair and owlish, round-framed glasses. Their mother is a beautiful hippy named Lorelei, who exists entirely in the moment. And she makes every moment sparkle in her children's lives.
Then one Easter weekend, tragedy comes to call. The event is so devastating that, almost imperceptibly, it begins to tear the family apart. Years pass as the children become adults, find new relationships, and develop their own separate lives. Soon it seems as though they've never been a family at all. But then something happens that calls them back to the house they grew up in -- and to what really happened that Easter weekend so many years ago.
Told in gorgeous, insightful prose that delves deeply into the hearts and minds of its characters, The House We Grew Up In is the captivating story of one family's desire to restore long-forgotten peace and to unearth the many secrets hidden within the nooks and crannies of home. [Goodreads Summary]

Why I want to read this: I seem to collect Lisa Jewell books, but I have yet to read one. All her books sound like ones I would like though. One of these days I'll take the plunge!
Have you read The House We Grew Up In? Does this book sound like something you would like to read? 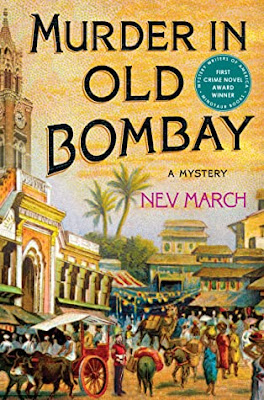 In 19th century Bombay, Captain Jim Agnihotri channels his idol, Sherlock Holmes, in Nev March’s Minotaur Books/Mystery Writers of America First Crime Novel Award-winning debut.
In 1892, Bombay is the center of British India. Nearby, Captain Jim Agnihotri lies in Poona military hospital recovering from a skirmish on the wild northern frontier, with little to do but re-read the tales of his idol, Sherlock Holmes, and browse the daily papers. The case that catches Captain Jim's attention is being called the crime of the century: Two women fell from the busy university’s clock tower in broad daylight. Moved by Adi, the widower of one of the victims — his certainty that his wife and sister did not commit suicide — Captain Jim approaches the Parsee family and is hired to investigate what happened that terrible afternoon.
But in a land of divided loyalties, asking questions is dangerous. Captain Jim's investigation disturbs the shadows that seem to follow the Framji family and triggers an ominous chain of events. And when lively Lady Diana Framji joins the hunt for her sisters’ attackers, Captain Jim’s heart isn’t safe, either.
Based on a true story, and set against the vibrant backdrop of colonial India, Nev March's Minotaur Books/Mystery Writers of America First Crime Novel Award-winning lyrical debut, Murder in Old Bombay, brings this tumultuous historical age to life. [Goodreads Summary]

Why I want to read this: I do enjoy a good mystery set in another country, and this one happens to be a historical mystery as well--another bonus! 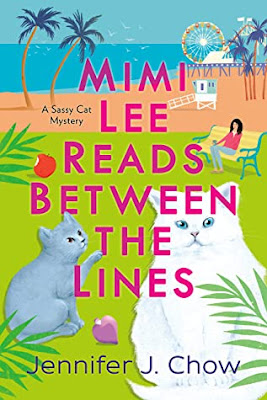 When a local teacher is found dead, LA’s newest pet groomer Mimi Lee finds herself in a pawful predicament—with her younger sister’s livelihood on the line.
Mimi Lee is on top of the world. She has a thriving pet grooming business, the sweetest boyfriend, and a talking cat to boot. When she arrives at the elementary school where her sister Alice works, she's expecting a fun girls' night out—but instead finds a teacher slumped over in her car, dead.
Alice was the last one to see Helen Reed, which instantly marks her as the prime suspect. Unable to sit quietly and let the authorities walk all over her sister, Mimi starts snooping and talks to Helen’s closest contacts, including one jumpy principal, a two-faced fiancé, and three sketchy teachers. With the help of her sassy but savvy cat, Marshmallow, and a cute kitten named Nimbus, the clock’s ticking for Mimi to get to the bottom of yet another case before her sister gets schooled. [Goodreads Summary]

Why I want to read this: I enjoyed the first book in Jennifer J. Chow's series, and am looking forward to reading this one as well. Mimi Lee is a great character, and I especially love her cat Marshmallow. 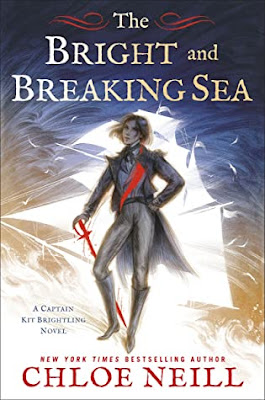 Chloe Neill brings her trademark wit and wild sense of adventure to a stunning seafaring fantasy starring a dauntless heroine in a world of magic and treachery.
Kit Brightling, rescued as a foundling and raised in a home for talented girls, has worked hard to rise through the ranks of the Isles' Crown Command and become one of the few female captains in Queen Charlotte's fleet. Her ship is small, but she's fast--in part because of Kit's magical affinity to the sea. But the waters become perilous when the queen sends Kit on a special mission with a partner she never asked for.
Rian Grant, Viscount Queenscliffe, may be a veteran of the Continental war, but Kit doesn't know him or his motives--and she's dealt with one too many members of the Beau Monde. But Kit has her orders, and the queen has commanded they journey to a dangerous pirate quay and rescue a spy who's been gathering intelligence on the exiled emperor of Gallia.
Kit can lead her ship and clever crew on her own, but with the fate of queen and country at stake, Kit and Rian must learn to trust each other, or else the Isles will fall.... [Goodreads Summary]

Why I want to read this: A female captain! This sounds a bit different than Chloe Neill's previous books. I am curious to see how this one fares.
Do any of these books sound like books you would like to read? What upcoming releases are you looking forward to?
© 2020, Musings of a Bookish Kitty. All Rights Reserved. If you're reading this on a site other than Musings of a Bookish Kitty or Wendy's feed, be aware that this post has been stolen and is used without permission.
Posted by Literary Feline at 10/13/2020 09:00:00 PM