I began keeping a reading journal several years before I began blogging. I find it interesting to sift through my thoughts of books that I read back then. My reviews were often brief and contained little substance, but I thought it'd be fun to document them here on my blog as well as share them with you. Here are two from November of 2005:

The Last Days of Dogtown is the story of a small New England backwater town on its last legs during the early 1800’s. This is more so the stories of some of the eccentric people who once lived there, their histories, fates and relationships with each other. Anita Diamant has a gift for creating characters that worm their way into the hearts of the readers and take root. Although the book got off to a slow start, I enjoyed it quite a bit in the end. This was a touching book that seemed to be made up more about character stories than an actual novel itself. 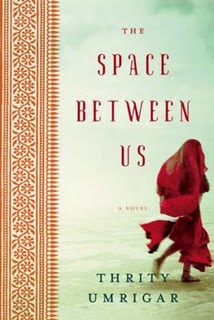 The Space Between Us by Thrity Umrigar
William Morrow, 2006 (ARC)
Fiction; 321 pgs

From the inside cover of The Space Between Us: “Set in contemporary Bombay, The Space Between Us tells the story of Sera Dubash, an upper-middle-class Parsi housewife, and Bhima, the woman who works as a domestic servant in her home. Very little has changed in the last century. A ruling-class exerts power over a working class in any way possible, but nowhere more than the middle-class households.” The author, Thrity Umrigar, has written a powerful and moving novel of suffering, disappointments, and survival. Her characters and the descriptions of the culture and setting brought the story to life. This definitely an author I would like to read more of in the future.

[I am really sad I did not record more of my thoughts about The Space Between Us as I utterly loved the book.  It was one of my favorite reads of 2005.]