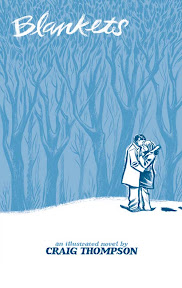 In 2006, a library patron challenged the presence of the graphic novel, Blankets, by Craig Thompson in the Marshall, Missouri Public Library, for pornographic content.  At the same hearing in which Blankets fate was in question, the library board of trustees was also considering whether or not to keep Fun Home by Alison Bechdel on the shelves. There was a large turnout of support for the books. Fortunately, for both books, the board of trustees voted to keep the books on the shelves.

In a letter dated October 6, 2006 to the Marshall Public Library Board of Trustees, Svetlana Mintcheva, Director of the Arts Program with the National Coalition Against Censorship, wrote:

Clearly, when they were ordered, the books met the criteria that form the basis for the library’s collection development policy. Removing the books because of sexual content not only entirely fails to consider the indisputable value of books as a whole, but also ignores the library’s obligation to serve all kinds of readers.

I read and reviewed Alison Bechdel’s Fun Home: A Family Tragicomic a few years ago and was moved the story.  In honor of Banned Book Week this year, I cracked open my husband’s rather large copy of Blankets.  I nearly read the book a couple of years ago, but was distracted by other books that called a bit louder from my shelves.
From the Publisher:

At 592 pages, Blankets may well be the single largest graphic novel ever published without being serialized first. Wrapped in the landscape of a blustery Wisconsin winter, Blankets explores the sibling rivalry of two brothers growing up in the isolated country, and the budding romance of two coming-of-age lovers. A tale of security and discovery, of playfulness and tragedy, of a fall from grace and the origins of faith. A profound and utterly beautiful work from Craig Thompson.


Blankets is a memoir, the story of Craig Thompson’s early life.  His mother was extremely religious and his father was an intimidating man.  Craig was an outsider at school, often picked on and made fun of.  Religion was a big part of his childhood and Craig struggled to understand what that meant in his life—and where he fit in.  He battled insecurity and self-doubt.  No one really seemed to understand.

The most haunting scene in the book is when Craig comes back from being told a “joke” by the babysitter, and then his brother is led away by the babysitter, into another room.  It was never outright said what was happening, but the meaning was clear.  My heart ached for the boys.

My favorite part, however, was when Craig met Raina and the story of their romance. I especially loved the artwork in this part of the book, the way Craig Thompson captured the emotions and thoughts in each panel.  I couldn’t help but think back to my husband’s and my early days of romance.  Raina was dealing with her own family issues at the time, most of which came to light during Craig’s visit to Raina in Michigan.  Her parents were on the verge of divorce and Raina was playing go between for her parents and taking care of her younger siblings.  Even though Craig was so caught up in Raina during that time, he got across the tension and pain of Raina’s parents and siblings so well.


Blankets is really Craig’s coming of age story.  It carries with it a wide range of emotions, at times being heartbreaking while at other times making me smile.  I felt like I really got to know Craig and understand him.  His artwork is beautiful, detailed and thoughtful.  I loved his use of imagery.  Blankets is one of those books that is hard to describe.  It is well worth taking the time to read if you get the chance.

You can learn more about Craig Thompson and his books on the author's website.

Source: I borrowed my husband's copy of the book to read. 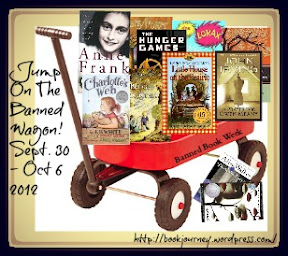