Short Stories on Wednesday: Shooting an Elephant by George Orwell 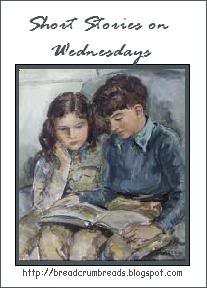 Hosted by Risa of Breadcrumb Reads.


"Shooting an Elephant" by George Orwell


First published in 1936, George Orwell’s "Shooting an Elephant" tells the story about a disgruntled white police officer in Burma who hates his job. He is a symbol of imperialism and therefore disliked by the masses. He is called upon to find and take care of an elephant who on the loose wreaking havoc and violence everywhere. He finds the elephant eating peaceably in a field and is reluctant to shoot it. Behind him, however, is a crowd of Burmese anxious for him to shoot the elephant. To give into the crowd or save the elephant? The narrator must decide.

There is some question as to whether George Orwell’s essay is a true account or based purely in fiction. Regardless, it’s a suspenseful story and well told. I am not the biggest fan of short stories, often coming away from them wishing there was more. In this case, George Orwell does an excellent job of introducing his reader to the main character and setting up the story. I wasn’t left wanting in the end.

The essay carries with it a deeper meaning, beyond just the surface story. The anti-European is heavy in Burma at the time the story is set and the narrator himself is clearly opposed to imperialism, having grown more so based on his experiences as the masses see him as a symbol of that imperialism. The question of how far will a person go to please a crowd even if it may not be the right thing to do is also raised. It’s particularly significant given the role of the narrator.

It’s a fairly easy read if you have a few minutes to spare. "Shooting an Elephant" is a disturbing tale—so be forewarned.