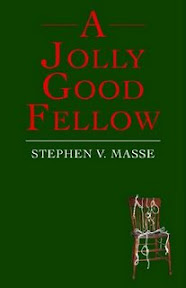 I look at him, try to figure out if he means it for real. Maybe he thinks I'm a relative, or one of his father's flunkies. "Of course you're gonna stay."

"Because I need certain things, he says. "Like for breakfast, Cap'n Crunch and Fruit Loops, and Frosted Flakes. And Hostess Doughnuts. Then for lunch, macaroni and cheese, frozen pizza, stuff like that." [pg 5]


Things could not have worked out better for Duncan Wagner when 11-year-old Gabriel Booker jumps in his car a week before Christmas. He was hitchhiking in an effort to run away from home. You see, Duncan had been trying to kidnap the state representative’s son, and the boy’s sudden appearance in his car made it all the more easy.

The two make an odd pair, this kidnapper and boy. While Duncan tries to play the role of the tough kidnapper, he fails miserably at it. He has too big of a heart. And his prey, Gabriel, isn’t exactly playing his part either. He sees the kidnapping as an escape from his parents; it’s an adventure of sorts. The two form a fast friendship during the week that Duncan waits for Win Booker to pay his son’s ransom.

The story is narrated by Duncan in his own vernacular, which makes for an effective mode of storytelling and keeps the book moving right along. Stephen V. Masse’s novel is both funny and charming even if predictable. It is easy to see why Duncan would fall for Gabriel, a sweet and polite boy who is looking for attention and someone to listen to him. Despite his lifestyle of crime, Duncan has a good heart and, even in the worst of situations tries to do the right thing. It makes it impossible not to like him. A Jolly Good Fellow is a lighthearted and fun holiday story.


Be sure and check out the author's website. If you would like to follow Stephen V. Masse's tour in progress, visit the Pump Up Your Book Promotion Virtual Book Tours blog.

Thank you to Tracee Gleichner of Pump Up Your Book Promotion and the author Stephen V. Masse for the opportunity to participate in this book tour.