Too Much Information: Eight Things About Me

Chris from Book-A-Rama, Gentle Reader from Shelf Life and Niki from Keep This on the DL tagged for for the Eight Things About Me meme. I considered sticking to book related topics, but then I would not have any material to save for the Booking Through Thursday questions.


Taking a peek into the life of Literary Feline: Eight Things About Me

Cleaning House - House cleaning can be fun, especially if I turn up the stereo and do a little dance while dusting or doing other chores. I highly recommend it.

Singing - Perhaps it was my mother's influence or my innate love for music. I love to sing. I may not be very good at it, but that doesn't stop me. I began my singing career when I was a wee child, singing in a variety of choirs from the school choir, the Camp Fire Girls and Boys choir, to the church choir. In between my public performances, I belted out the tunes in my bedroom or around the house, sometimes adding a little choreography. While I no longer sing with a choir, I still find joy in singing around the house, in the car, and sometimes, when I am feeling really brave, in front of my coworkers. 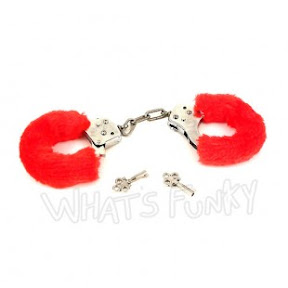 Handcuffs - Anjin and I were voted the couple most likely to be married for 50 years our senior year of college. The award came in the form of plastic handcuffs. We were married three years later. I was lucky enough to marry my best friend and we are still madly in love all these years later.

Magical Trunk - It was in the 5th grade that I discovered my love for writing. My teacher (who was often secretly believed by most of the class to be a wicked witch because of her pointed nose and frosty demeanor) brought a big rather plain old trunk into the classroom. She gave us each the task of selecting an item from the trunk, and using that item, we were to come up with some sort of art project. We could draw or paint a picture, sculpt something out of clay, write a poem or a story, or make a paper mache. My object was an old lady's hat. I could not for the life of me tell you what it looked like today. What I do remember is that I came up with a fanciful story about the hat's adventures as it flew from one person to the next on the back of the wind. And I remember losing myself in the story as I wrote out each word and being so proud when I finished it. Although I did not fully understand the significance of discovering a new and productive outlet for my overactive imagination at the time, it is a moment in my life I will always treasure. Note: Mrs. Huser was one of my favorite teachers after that, no matter the names the other children called her.

First Marriage Proposal - I began pen palling during my middle school years, mostly writing to people in countries other than my own. Eventually I discovered a world of letter writers in the U.S. too, but that's another story. My first marriage proposal came when I was in high school, made by a Sri Lankan living in Saudi Arabia. He and I had been writing for a year or two. His letters were always formal and polite. In one letter he expressed his desire to marry me and asked if I would be his girlfriend. I politely declined. Anyhow, he then sent a letter asking me if he could call my brother to ask for his permission for my hand in marriage. To a very American teenage girl whose brother is three years younger than her, this was a hilarious idea of the knee slapping kind. I do not know if his intentions were legitimate or if he was looking for a ticket to the U.S. (which is more likely), but, regardless, that was the end of our correspondence.

Academics - One day during my stint in high school, a letter arrived announcing that I was being given an award by the Black Students' Union because I had made the honor roll. Hmm. The letter instructed me to check in with one of the adult representatives if I was interested in receiving the award. Of course I was! Evidently my maiden name was a common one for African Americans in the community, and so whoever was going through the list to determine who would be getting an award assumed I must be black. I am not. I was told in the kindest of ways that I would still get my certificate, but that I did not have to attend the BSU ceremony dinner where the awards would be handed out. 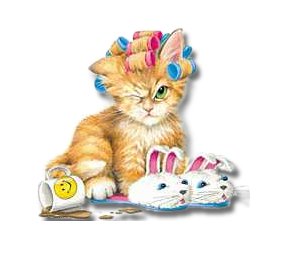 Early Bird - I am not an early bird. I thought I could be when I volunteered to work the early shift at my office, but so far no luck. I find that I still wake up at the last possible minute that I can with just enough time to throw myself together and get out the door and into work on time. I have trouble going to bed at a decent hour. The problem is, I prefer working the early shift because I get off work earlier and feel like I have more of the day ahead of me afterward. If only I wasn't the kind of person who was at her best with 8 to 9 hours of sleep. Instead I am lucky if I get 6.

Home - I am a U.S. Marine Corps brat. My father, now retired, was a career military man. He retired from that life while I was still young enough to have developed a taste for the nomadic lifestyle and before I was old enough to learn to resent it. I do not know if it is related, but every time I visit a new town or city, my first thought is often of whether or not I would want to live and work there. Every now and then I feel a tiny tug to move on from where I am now, the city in which I have lived for the last 10 years with my husband. I won't. Not for a long while anyway, but the desire is there as if flowing through my veins.

The Rules:
1. Each player starts with 8 random facts/habits about themselves.
2. People who are tagged, write a blog post about their own 8 random things, and post these rules.
3. Although I'm supposed to tag 8 people, I am going to open the floor to anyone who might be interested in participating to do so. I am enjoying reading the answers of those who have already participated and I hope the rest of you will take time to share a little more about yourself with me as well.
Posted by Literary Feline at 5/18/2007 12:00:00 PM