Where Is Your Bookmark? A Peek Into What I Am Reading Now & What I Was Reading Five Years Ago / Connect Five: Winter Titles / BBHOP: Can't Wait to Read!

I thought today I would feature the book I selected as my First Read of 2021. It's heartbreaking and beautiful so far. 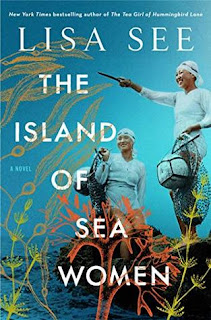 A new novel from Lisa See, the New York Times bestselling author of The Tea Girl of Hummingbird Lane, about female friendship and family secrets on a small Korean island.
Mi-ja and Young-sook, two girls living on the Korean island of Jeju, are best friends that come from very different backgrounds. When they are old enough, they begin working in the sea with their village’s all-female diving collective, led by Young-sook’s mother. As the girls take up their positions as baby divers, they know they are beginning a life of excitement and responsibility but also danger.
Despite their love for each other, Mi-ja and Young-sook’s differences are impossible to ignore. The Island of Sea Women is an epoch set over many decades, beginning during a period of Japanese colonialism in the 1930s and 1940s, followed by World War II, the Korean War and its aftermath, through the era of cell phones and wet suits for the women divers. Throughout this time, the residents of Jeju find themselves caught between warring empires. Mi-ja is the daughter of a Japanese collaborator, and she will forever be marked by this association. Young-sook was born into a long line of haenyeo and will inherit her mother’s position leading the divers in their village. Little do the two friends know that after surviving hundreds of dives and developing the closest of bonds, forces outside their control will push their friendship to the breaking point.
This beautiful, thoughtful novel illuminates a world turned upside down, one where the women are in charge, engaging in dangerous physical work, and the men take care of the children. A classic Lisa See story—one of women’s friendships and the larger forces that shape them—The Island of Sea Women introduces readers to the fierce and unforgettable female divers of Jeju Island and the dramatic history that shaped their lives. [Goodreads Summary]

An old woman sits on the beach, a cushion strapped to her bottom, sorting algae that's washed ashore. She's used to spending time in the water, but even on land she's vigilant to the environment around her. Jeju is her home, an island known for Three Abundances: wind, stones and women. [opening of The Island of Sea Women]

My initial thoughts: The novel begins in a more contemporary time; the year is 2008. From these first sentences, I feel like I am already beginning to settle in for a good story. I immediately want to know more about Jeju and its women.

"I apologize for the misbehavior of the women in my household," Father said in his fumbling Japanese. "We always want to help--"
The lieutenant sounded sympathetic, but there was no way to trust him. Father bit a thumbnail. I wished he didn't look so scared.
The lieutenant  motioned to one of his men.  A bag was dropped on the ground. "Here is your compensation," he said, "From now on, try to do as we do. Keep your women home."
That was an impossible request, but Father agreed to it. [excerpt from page 56]

My thoughts: I could say so much about this excerpt, but to say too much would spoil what comes before. From it though, you can see the power dynamics at play. The Japanese officer is clearly in charge and the villagers are afraid of him and the soldiers. You can probably guess that the compensation offered is a pittance. As if that erases any wrongs done. I also want to point out that the Japanese clearly did not grasp the role of women in the JeJu society. Because of course the soldiers are only thinking of things from their own perspective, one in which women are more subservient to men.
Have you read The Island of Sea Women? Does it sound like something you would like to read?

Originally a feature called Last Year I Was Reading created by Maria from ReadingMaria.
I liked it enough to continue on my own, but have tweaked it
to feature Five Years Ago I Was Reading.
(I would have gone back ten, but I read so little in 2011)
Five years ago, I was reading The Readers of Broken Wheel Recommend by by Katarina Bivald which was a much different type of book than the one I am reading currently. Whereas The Island of Sea Women is a sweeping historical novel that is often dark and sad, Bivald's novel is much more light-hearted, often funny, and a bit on the sentimental side. I really enjoyed The Readers of Broken Wheel about a stranger coming to town to visit a pen pal, only to find she's died. The stranger stays and sets up a bookshop in town. 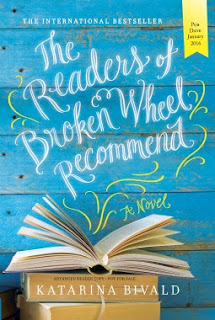 The strange woman standing on Hope's main street was so ordinary it was almost scandalous. ~ Opening of The Readers of Broken Wheel Recommend
Do you remember what you were reading five years ago? How does it compare to what you are reading now?

Connect Five Friday is a weekly meme where readers share a list of five books,
read or unread, or bookish things, that share a common theme.
Hosted by the  Kathryn of of Book Date.
It seemed a fitting theme to go with books with "winter" in the title since 'tis the season. I went with books I have read, unfortunately not all were winners for me. 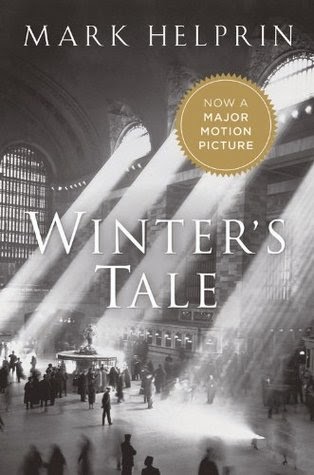 Winter's Tale by Mark Helprin came high recommended, and while I was not thrilled by it, it certainly had some unforgettable moments. I just never quite clicked with it. 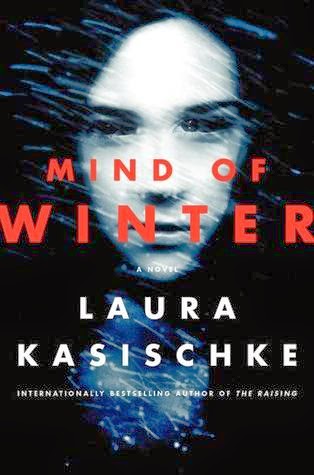 Mind of Winter by Laura Kasischke is one of those books that is best to go into knowing very little about. Picture a small crack in a car's windshield.  I really enjoyed it after a rocky start. 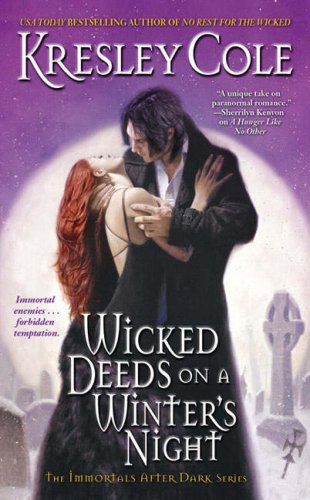 I read Wicked Deeds on a  Winter's Night (Immortals After Dark #3) by Kresley Cole in 2013 at the recommendation of fellow blogger. At the time, I was not really into novels with where the main genre was romance, but I decided to give the series a try. It was interesting reading my thoughts from way back then in comparison to what I think now. I did enjoy Wicked Deeds on a Winter's Night the most of the three books of the series I read. 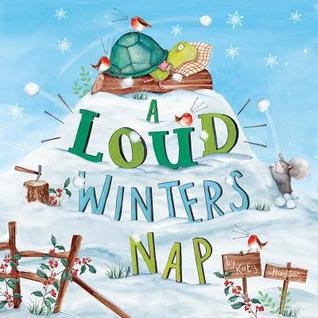 A Loud Winter's Nap by Katy Hudson is a cute children's book. Sometimes I wouldn't mind sleeping through the winter, but the I would miss out on so much! 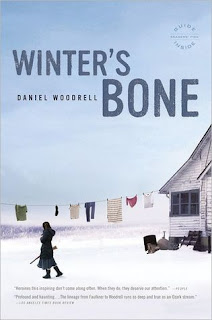 What upcoming books are you intrigued to read in 2021? (submitted by Billy @ Coffee Addicted Writer)

So many! I participate in a weekly meme in which I feature upcoming releases I am anticipating--because there is always something coming out I want to read. I will share three with you today. I do not know when I will read them as they are only on my wish list, but one can dream, right? 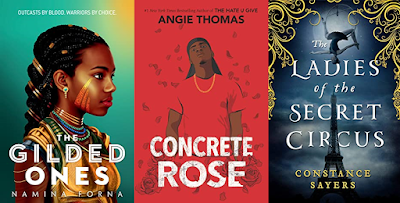 The Gilded Ones (Deathless #1) by Namina Forna
Concrete Rose by Angie Thomas (The Hate U Give prequel)
The Ladies of the Secret Circus by Constance Sayers
What about you? What upcoming releases are you looking forward to reading?
I hope you all have a wonderful weekend! Be sure and tell me what you are reading and are up to!