Waiting to Read Wednesday: Every Dead Thing/Can't Judge a Book by its Murder/Finding Home Again/Secrets of the Chocolate House 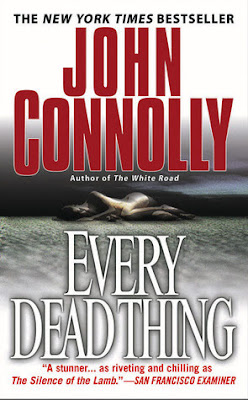 Former NYPD detective Charlie "Bird" Parker is on the verge of madness. Tortured by the unsolved slayings of his wife and young daughter, he is a man consumed by guilt, regret, and the desire for revenge. When his former partner asks him to track down a missing girl, Parker finds himself drawn into a world beyond his imagining: a world where thirty-year-old killings remain shrouded in fear and lies, a world where the ghosts of the dead torment the living, a world haunted by the murderer responsible for the deaths in his family—a serial killer who uses the human body to create works of art and takes faces as his prize. But the search awakens buried instincts in Parker: instincts for survival, for compassion, for love, and, ultimately, for killing.

Aided by a beautiful young psychologist and a pair of bickering career criminals, Parker becomes the bait in a trap set in the humid bayous of Louisiana, a trap that threatens the lives of everyone in its reach. Driven by visions of the dead and the voice of an old black psychic who met a terrible end, Parker must seek a final, brutal confrontation with a murderer who has moved beyond all notions of humanity, who has set out to create a hell on earth: the serial killer known only as the Traveling Man.

In the tradition of classic American detective fiction, Every Dead Thing is a tense, richly plotted thriller, filled with memorable characters and gripping action. It is also a profoundly moving novel, concerned with the nature of loyalty, love, and forgiveness. Lyrical and terrifying, it is an ambitious debut, triumphantly realized. [Goodreads Summary]

Why I want to read this: This has been sitting on my TBR shelf for years now. I read a novella by the author, which I really enjoyed and was determined to read his popular series, which had come highly recommended by so many. I still haven't managed to get to this one, but it is one I still hope to read. Someday. 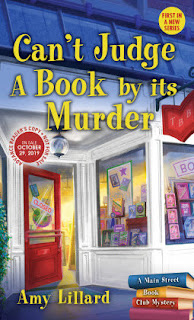 Not every murder is by the book…

As Sugar Springs gears up for its all-class high school reunion, Mississippi bookstore owner Arlo Stanley prepares to launch her largest event: a book-signing with the town’s legendary alum and bestselling author, Wally Harrison. That’s when Wally is discovered dead outside of Arlo’s front door and her best friend is questioned for the crime.

When the elderly ladies of Arlo’s Friday Night Book Club start to investigate, Arlo has no choice but to follow behind to keep them out of trouble. Yet with Wally’s reputation, the suspect list only grows longer—his betrayed wife, his disgruntled assistant, even the local man who holds a grudge from a long-ago accident.

Between running interference with the book club and otherwise keeping it all together, Arlo anxiously works to get Chloe out of jail. And amidst it all, her one-time boyfriend-turned-private-eye returns to town, just another distraction while she digs to uncover the truth around Wally’s death and just what Sugar Springs secret could have led to his murder. [Goodreads Summary]

Why I want to read this: A bookstore cozy mystery! How can I resist?! 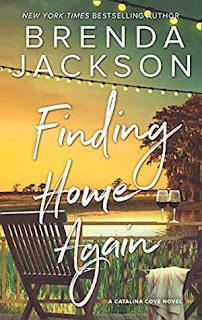 
First love. Second chances. In Catalina Cove, anything can happen…

Bryce Witherspoon’s heart races every time she sees Kaegan Chambray. Everyone in town knows they can’t stand each other, but the truth is, even though the man broke her heart ten years ago, she still feels that irresistible, oh-so-familiar jolt of desire.

When Kaegan returned to Catalina Cove to run the family business, he knew there’d be no avoiding Bryce. The woman he thought he’d one day marry was instead the biggest heartbreak of his life. But when Bryce lets slip a devastating secret, he discovers just how wrong he was to let her go all those years ago.

He knows they both still feel the spark between them, but it’ll take more than attraction to convince her. Kaegan will pull out all the stops to show Bryce he’s the man who can give her the future they once dreamed of—if only they give love a second chance. [NetGalley Summary]

Why I want to read this: I love a good second chance novel and this one sounds like it will be an emotional and heartwarming one. 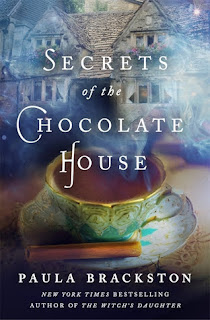 
New York Times bestselling author Paula Brackston’s The Little Shop of Found Things was called “a page-turner that will no doubt leave readers eager for future series installments” (Publishers Weekly). Now, Brackston returns to the Found Things series with its sequel, Secrets of the Chocolate House.

After her adventures in the seventeenth century, Xanthe does her best to settle back into the rhythm of life in Marlborough. She tells herself she must forget about Samuel and leave him in the past where he belongs. With the help of her new friends, she does her best to move on, focusing instead on the success of her and Flora’s antique shop.

But there are still things waiting to be found, still injustices needing to be put right, still voices whispering to Xanthe from long ago about secrets wanting to be shared.

While looking for new stock for the shop, Xanthe hears the song of a copper chocolate pot. Soon after, she has an upsetting vision of Samuel in great danger, compelling her to make another journey to the past.

This time she'll meet her most dangerous adversary. This time her ability to travel to the past will be tested. This time she will discover her true destiny. Will that destiny allow her to return home? And will she be able to save Samuel when his own fate seems to be sealed? [Goodreads Summary]


Do any of these novels sound good to you? What upcoming releases are you looking forward to?