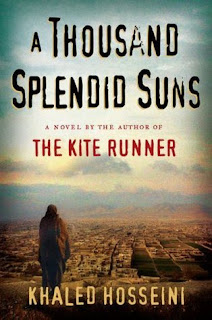 A Thousand Splendid Suns is a breathtaking story set against the volatile events of Afghanistan's last thirty years—from the Soviet invasion to the reign of the Taliban to post-Taliban rebuilding—that puts the violence, fear, hope, and faith of this country in intimate, human terms. It is a tale of two generations of characters brought jarringly together by the tragic sweep of war, where personal lives—the struggle to survive, raise a family, find happiness—are inextricable from the history playing out around them.

Propelled by the same storytelling instinct that made The Kite Runner a beloved classic, A Thousand Splendid Suns is at once a remarkable chronicle of three decades of Afghan history and a deeply moving account of family and friendship. It is a striking, heart-wrenching novel of an unforgiving time, an unlikely friendship, and an indestructible love—a stunning accomplishment.

Why I want to read this: The Kite Runner is among my all time favorite books, and so when A Thousand Splendid Suns came out, I scooped it up as soon as it came out. Perhaps it was the hype or something else that kept me from picking it up to read it right away. And there it still sits, waiting patiently. I do want to read it at some point still.


Have you read A Thousand Splendid Suns? If so, what did you think? If you haven't, does it sound like something you would enjoy? 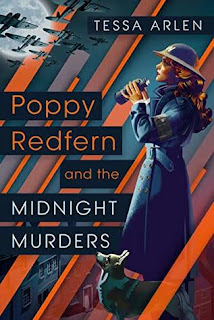 Poppy Redfern and the Midnight Murders (A Woman of WWII Mystery #1) by Tessa Arlen
Release Date: November 5, 2019 by Berkley

Summer 1942. The world has been at war for three long and desperate years. In the remote English village of Little Buffenden, the Redfern family's house and farmland has been requisitioned by the War Office as a new airfield for the American Air Force.

The village's Air Raid Warden, twentysomething Poppy Redfern, spends her nights patrolling the village and her days writing a novel of passion. It is a far cry from the experience of the other young women in town: within days, two of the village's prettiest girls are dating American airmen and Little Buffenden considers the "Friendly Invasion" to be a success.

But less than a week later, Doreen Newcombe, the baker's daughter; and the popular Ivy Wantage are both found dead. Poppy realizes that her community has been divided by murder, and the mistrust and suspicion of their new American neighbors threatens to tear this town, already grappling with the horrors of war, apart. Poppy decides to start her own investigation, but she soon unearths some unfortunate secrets and long-held grudges. She will have no choice but to lay a trap for a killer so perilously close to home, she might very well become the next victim.... [Goodreads Summary]

Why I want to read this: I love Tessa Arlen's Lady Montfort's series and am eager to try her new series. 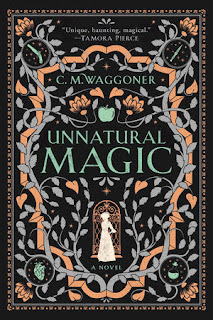 Onna can write the parameters of a spell faster than any of the young men in her village school. But despite her incredible abilities, she’s denied a place at the nation’s premier arcane academy. Undaunted, she sails to the bustling city-state of Hexos, hoping to find a place at a university where they don’t think there’s anything untoward about providing a woman with a magical education. But as soon as Onna arrives, she’s drawn into the mysterious murder of four trolls.

Tsira is a troll who never quite fit into her clan, despite being the leader’s daughter. She decides to strike out on her own and look for work in a human city, but on her way she stumbles upon the body of a half-dead human soldier in the snow. As she slowly nurses him back to health, an unlikely bond forms between them, one that is tested when an unknown mage makes an attempt on Tsira’s life. Soon, unbeknownst to each other, Onna and Tsira both begin devoting their considerable talents to finding out who is targeting trolls, before their homeland is torn apart…  [Goodreads Summary] 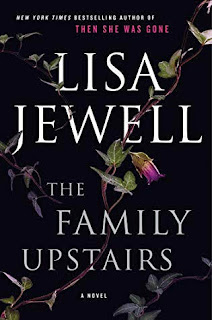 Gifted musician Clemency Thompson is playing for tourists on the streets of southern France when she receives an urgent text message. Her childhood friend, Lucy, is demanding her immediate return to London.

It’s happening, says the message. The baby is back.

Libby Jones was only six months old when she became an orphan. Now twenty-five, she’s astounded to learn of an inheritance that will change her life. A gorgeous, dilapidated townhouse in one of London’s poshest neighborhoods has been held in a trust for her all these years. Now it’s hers.

As Libby investigates the story of her birth parents and the dark legacy of her new home, Clemency and Lucy are headed her way to uncover, and possibly protect, secrets of their own. What really happened in that rambling Chelsea mansion when they were children? And are they still at risk?  [Goodreads Summary]

Why I want to read this:  Family secrets and an inherited old house . . . I have to read this one!


Do any of these sound like novels you would like to read? What upcoming releases are you looking forward to?