Waiting to Read Wednesday: Metropolis, The Good Luck Girls,The Miracles of the Namiya General Store, & The Library of the Unwritten 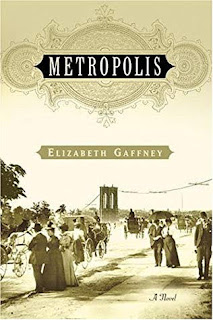 Elizabeth Gaffney’s magnificent, Dickensian Metropolis captures the splendor and violence of America’s greatest city in the years after the Civil War, as young immigrants climb out of urban chaos and into the American dream.

On a freezing night in the middle of winter, Gaffney’s nameless hero is suddenly awakened by a fire in P. T. Barnum’s stable, where he works and sleeps, and soon finds himself at the center of a citywide arson investigation.

Determined to clear his name and realize the dreams that inspired his hazardous voyage across the Atlantic, he will change his identity many times, find himself mixed up with one of the city’s toughest and most enterprising gangs, and fall in love with a smart, headstrong, and beautiful young woman. Buffeted by the forces of fate, hate, luck, and passion, our hero struggles to build a life–just to stay alive–in a country that at first held so much promise for him.

Epic in sweep, Metropolis follows our hero from his arrival in New York harbor through his experiences in Barnum’s circus, the criminal underground, and the building of the Brooklyn Bridge, and on to a life in Brooklyn that is at once unique and poignantly emblematic of the American experience. In a novel that is wonderfully written, rich in suspense, vivid historical detail, breathtakingly paced, Elizabeth Gaffney captures the wonder and magic of a rambunctious city in a time of change. Metropolis marks a superb fiction debut. [Goodreads Summary]

Why I want to read this: I bought a copy of this at the Los Angeles Times Book Festival years ago after hearing the author speak on a panel. The history of New York City has always been a draw for me. What's interesting is I had forgotten about the P.T. Barnum connection. I might have picked this one up to read this summer as we prepared for The Greatest Showman musical. I imagine it wasn't that which first intrigued me about this novel, however. New York gangs and the building of the Brooklyn Bridge were probably the biggest draws.

Have you read this one? Does it sound like something you would enjoy? 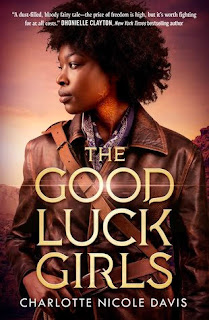 The country of Arketta calls them Good Luck Girls--they know their luck is anything but. Sold to a "welcome house" as children and branded with cursed markings. Trapped in a life they would never have chosen.

When Clementine accidentally murders a man, the girls risk a dangerous escape and harrowing journey to find freedom, justice, and revenge in a country that wants them to have none of those things. Pursued by Arketta's most vicious and powerful forces, both human and inhuman, their only hope lies in a bedtime story passed from one Good Luck Girl to another, a story that only the youngest or most desperate would ever believe.

It's going to take more than luck for them all to survive. [Goodreads Summary] 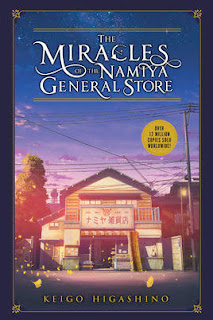 The Miracles of the Namiya General Store by Keigo Higashino
Release Date: September 24, 2019 by Yen On (originally published in 2012)

When three delinquents hole up in an abandoned general store after their most recent robbery, to their great surprise, a letter drops through the mail slot in the store's shutter. This seemingly simple request for advice sets the trio on a journey of discovery as, over the course of a single night, they step into the role of the kindhearted former shopkeeper who devoted his waning years to offering thoughtful counsel to his correspondents. Through the lens of time, they share insight with those seeking guidance, and by morning, none of their lives will ever be the same.

By acclaimed author Keigo Higashino, The Miracles of the Namiya General Store is a work that has touched the hearts of readers around the world. [Goodreads Summary]

Why I want to read this: I have a soft spot for stories involving correspondence, and this one sounds like a touching story I do not want to miss. 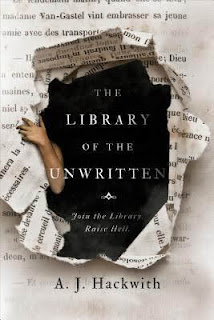 The Library of the Unwritten (Hell's Library #1) by A.J. Hackwith
Release Date: October 1, 2019 by Ace Books

In the first book in a brilliant new fantasy series, books that aren't finished by their authors reside in the Library of the Unwritten in Hell, and it is up to the Librarian to track down any restless characters who emerge from those unfinished stories. Many years ago, Claire was named Head Librarian of the Unwritten Wing-- a neutral space in Hell where all the stories unfinished by their authors reside. Her job consists mainly of repairing and organizing books, but also of keeping an eye on restless stories that risk materializing as characters and escaping the library. When a Hero escapes from his book and goes in search of his author, Claire must track and capture him with the help of former muse and current assistant Brevity and nervous demon courier Leto.

But what should have been a simple retrieval goes horrifyingly wrong when the terrifyingly angelic Ramiel attacks them, convinced that they hold the Devil's Bible. The text of the Devil's Bible is a powerful weapon in the power struggle between Heaven and Hell, so it falls to the librarians to find a book with the power to reshape the boundaries between Heaven, Hell….and Earth. [Goodreads Summary]


Why I want to read this: As if the word "library" in the title wasn't enough. A book about characters from unfinished books coming to life? Doesn't this sound fascinating?

Do any of these books appeal to you?  What upcoming releases are you looking forward to?