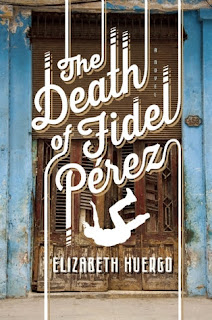 The Death of Fidel Pérez by Elizabeth Huergo (2013)

On July 26, 2003, the 50th anniversary of the Moncada Army Barracks raid in Santiago de Cuba, something unexpected happens. When Fidel Pérez and his brother accidentally tumble to their deaths from their Havana balcony, the neighbors’ outcry, "Fidel has fallen,” is misinterpreted by those who hear it. The misinformation quickly ripples outward, and it reawakens the city. Three Cubans in particular are affected by the news—an elderly vagrant Saturnina, Professor Pedro Valle, and his student Camilo—all haunted by the past and now forced to confront a new future, perhaps another revolution. Their stories are beautifully intertwined as they converge in the frantic crowd that gathers in La Plaza de la Revolución.

By turns humorous and deeply poignant, The Death of Fidel Pérez reflects on the broken promises of the Cuban Revolution and reveals the heart of a people with a long collective memory.


Why I want to read this: Such an interesting premise and what promises to be a touching story--or rather three stories--of these three characters. I imagine the reader will get a look into Cuban history and culture, something that definitely interests me. I am not sure why I haven't gotten to this one yet. It has been sitting on my shelf for years now.


Does this sound like something you would enjoy reading? Have you read it? 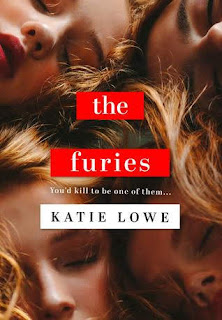 The Furies by Katie Lowe
Release Date: October 8, 2019 by

In 1998, a sixteen-year-old girl is found dead on school property, dressed in white and posed on a swing, with no known cause of death. The novel opens with this image, as related to us by the narrator, Violet, looking back on the night it happened from the present day, before returning to relate the series of events leading up to the girl’s murder.

After an accident involving her Dad and sister, Violet joins Elm Hollow Academy, a private girls school in a quiet coastal town, which has an unpleasant history as the site of famous 17th century witch trials. Violet quickly finds herself invited to become the fourth member of an advanced study group, alongside Robin, Grace, and Alex - led by their charismatic art teacher, Annabel.

While Annabel claims her classes aren’t related to ancient rites and rituals - warning the girls off the topic, describing it as little more than mythology - the girls start to believe that magic is real, and that they can harness it. But when the body of a former member of the society - Robin’s best friend, with whom Violet shares an uncanny resemblance - is found dead on campus nine months after she disappeared, Violet begins to wonder whether she can trust her friends, teachers, or even herself. [Goodreads Summary]


Why I want to read this: Something is going on at Elm Hollow Academy. It's tie to the 17th century witch trials are what first caught my attention, but I also very curious about what is happening and just what up the girls are up to. 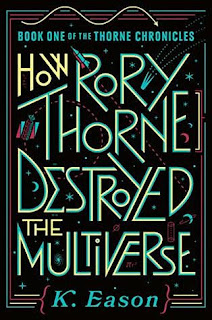 First in a duology that reimagines fairy tale tropes within a space opera—The Princess Bride meets Princess Leia. Rory Thorne is a princess with thirteen fairy blessings, the most important of which is to see through flattery and platitudes. As the eldest daughter, she always imagined she’d inherit her father’s throne and govern the interplanetary Thorne Consortium.

Then her father is assassinated, her mother gives birth to a son, and Rory is betrothed to the prince of a distant world.

When Rory arrives in her new home, she uncovers a treacherous plot to unseat her newly betrothed and usurp his throne. An unscrupulous minister has conspired to name himself Regent to the minor (and somewhat foolish) prince. With only her wits and a small team of allies, Rory must outmaneuver the Regent and rescue the prince.

How Rory Thorne Destroyed the Multiverse is a feminist reimagining of familiar fairytale tropes and a story of resistance and self-determination—how small acts of rebellion can lead a princess to not just save herself, but change the course of history. [Goodreads Summary]


Why I want to read this: I think that last sentence of the summary says it all, don't you? Not to mention the comparison with The Princess Bride and Princess Leia (Yes, I know. Comparisions like that should always be taken with a grain of salt. But I have to see for myself!). 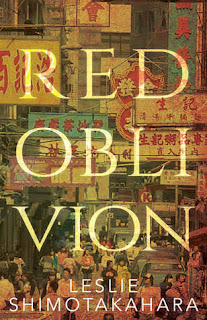 Family secrets surface when two sisters travel to Hong Kong to care for their ill father.

When Jill Lau receives an early morning phone call that her elderly father has fallen gravely ill, she and her sister, Celeste, catch the first flight from Toronto to Hong Kong. The man they find languishing in the hospital is a barely recognizable shadow of his old, indomitable self.

According to his housekeeper, a couple of mysterious photographs arrived anonymously in the mail in the days before his collapse. These pictures are only the first link in a chain of events that begin to reveal the truth about their father’s past and how he managed to escape from Guangzhou, China, during the Cultural Revolution to make a new life for himself in Hong Kong. Someone from the old days has returned to haunt him — exposing the terrible things he did to survive and flee one of the most violent periods of Chinese history, reinvent himself, and make the family fortune. Can Jill piece together the story of her family’s past without sacrificing her father's love and reputation? [Goodreads Summary]


Why I want to read this: A daughter learning about her father's past, one that he tried to hide. The Cultural Revolution. This sounds like it will be rich in history and quite an emotional read.


Do any of these appeal to you? What upcoming releases are you looking forward to reading?