I am linking up to the Sunday Post hosted by the wonderful Kim of Caffeinated Book Reviewer, where participants recap our week, talk about what we are reading, share any new books that have come our way, and whatever else we want to talk about. I am also linking to Stacking the Shelves hosted by the great Team Tynga's Reviews and Marlene of Reading Reality a meme in which participants share what new books came their way recently.  I am also linking The Sunday Salon hosted by the amazing Deb Nance of Readerbuzz where participants discuss what they are reading and other bookish topics.  I am linking up to Nicole of Feed Your Addiction's Monthly Wrap-Up Post, where any book bloggers who write monthly wrap-up posts can link up and visit other bloggers to see what they have been reading.

I only added one book to my TBR collection this past month. I found it in my basket on Easter morning. 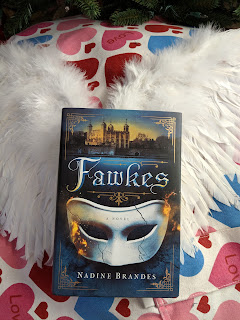 
What I Am Reading: I currently am reading How We Disappeared by Jing-Jing Lee, a historical fiction novel set in Singapore during World War II. Fiction set in and around the World Wars has always appealed to me, but this is a part of the world I have not read enough about during that that time period.

What Mouse Is Reading: Pokémon: Tales of Adventure and Goldie Blox Rules the School! by Stacy McAnulty.

What I Am Watching: I have not been watching anything particular noteworthy recently. We have not yet seen the new Avengers movie, but hope to soon. I do not follow Game of Thrones, but have to say I am grateful the most recent episode knocked most of the talk of Endgame off of social media--so I haven't seen many spoilers.

Off the Blog: April was a relatively average month for us. The usual amount of busy-ness, but nothing like May and June will be. We had a nice quiet Easter. We are not particularly religious, but we do celebrate Easter in all its commercial glory--baskets and egg hunts. We each got a book in our basket, of course, because this Easter Bunny cannot help herself. Just this past week Mouse found an egg she had missed on Easter Sunday. I think there may be another one still in the library. Either she'll find it or my mom will when she visits later this month!

Work is going fine. One of the changes we faced last month (and still are feeling) is my manager's temporary reassignment to another area in the department. The shift has meant more responsibility for me. This will likely be the case for the next couple months until my manager is able to come back (fingers crossed!).

If you are are a regular visitor, you know my daughter will be performing in her dance studio's musical production of The Greatest Showman. Well, the studio also puts on a summer ballet at the same time. This year they are doing Don Quixote. My husband was asked if he would be willing to take on a small role--nothing that would require dancing, just perhaps a little acting. He agreed, and the next thing he knew, he has the part of Don Quixote! I admit my reading of the book the ballet is based on as fallen by the wayside and ventured close to falling in the DNF category. I guess I had better give it another try! Mouse is thrilled for her dad, and Anjin is excited about the opportunity. I don't think being in a ballet is anything he ever saw himself doing in his lifetime! 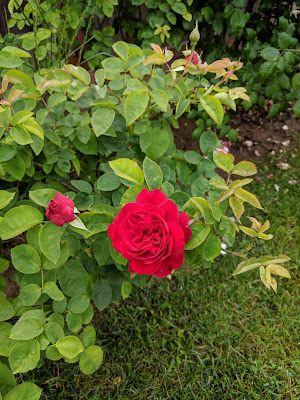 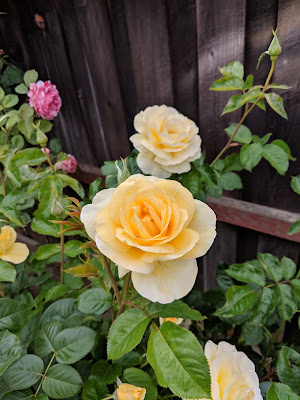 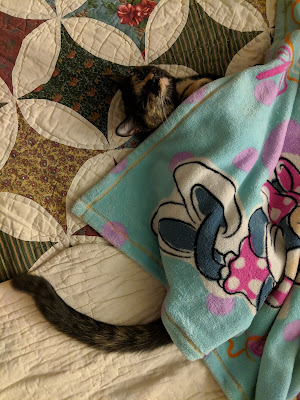 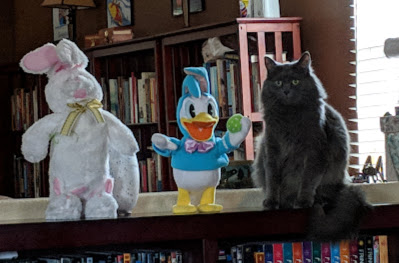 Here is what I finished reading in April:

Read with Mouse (including some re-reads):

Read By Myself:
The last couple of months I have been feeling a bit slump-ish in regards to my reading, although, for the most part, I enjoyed what I did read. I especially loved reading Tales of the Fourth Grade Nothing with Mouse. We laughed our way through it over Fudge's antics, but mostly sympathized with poor Peter. Although I started April's TBR List poll winner, The Master Key by Masako Togawa, in April, I did not finish it until May. I did enjoy it though!

I took an unplanned break from blogging this past month as my off line life took over completely. It was much needed, I think. I am glad to be back just the same. I missed you all!

This Past April In Reading Mews:

Tell me what you have been up to! What are you reading, listening to and watching? How was your April? Do you have anything planned for this month?

This month it is all about the dragons. I have several fantasy novels featuring dragons in one form or the other in my TBR collection, and it was hard to narrow the choices down to just three. These three are calling the loudest to me though. 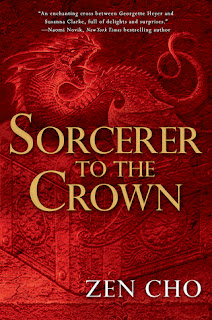 Sorcerer to the Crown (Sorcerer Royal #1) by Zen Cho


Magic and mayhem collide with the British elite in this whimsical and sparkling debut.

At his wit’s end, Zacharias Wythe, freed slave, eminently proficient magician, and Sorcerer Royal of the Unnatural Philosophers—one of the most respected organizations throughout all of Britain—ventures to the border of Fairyland to discover why England’s magical stocks are drying up.

But when his adventure brings him in contact with a most unusual comrade, a woman with immense power and an unfathomable gift, he sets on a path which will alter the nature of sorcery in all of Britain—and the world at large… [Goodreads Summary] 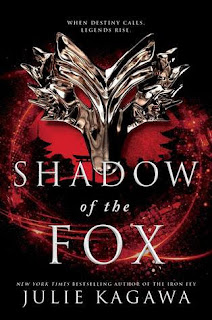 One thousand years ago, the great Kami Dragon was summoned to grant a single terrible wish—and the land of Iwagoto was plunged into an age of darkness and chaos.

Now, for whoever holds the Scroll of a Thousand Prayers, a new wish will be granted. A new age is about to dawn.

Raised by monks in the isolated Silent Winds temple, Yumeko has trained all her life to hide her yokai nature. Half kitsune, half human, her skill with illusion is matched only by her penchant for mischief. Until the day her home is burned to the ground, her adoptive family is brutally slain and she is forced to flee for her life with the temple’s greatest treasure—one part of the ancient scroll.

There are many who would claim the dragon’s wish for their own. Kage Tatsumi, a mysterious samurai of the Shadow Clan, is one such hunter, under orders to retrieve the scroll…at any cost. Fate brings Kage and Yumeko together. With a promise to lead him to the scroll, an uneasy alliance is formed, offering Yumeko her best hope for survival. But he seeks what she has hidden away, and her deception could ultimately tear them both apart.

With an army of demons at her heels and the unlikeliest of allies at her side, Yumeko’s secrets are more than a matter of life or death. They are the key to the fate of the world itself. [Goodreads Summary] 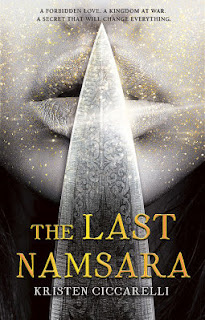 
In the beginning, there was the Namsara: the child of sky and spirit, who carried love and laughter wherever he went. But where there is light, there must be darkness—and so there was also the Iskari. The child of blood and moonlight. The destroyer. The death-bringer.

These are the legends that Asha, daughter of the king of Firgaard, has grown up learning in hushed whispers, drawn to the forbidden figures of the past. But it isn’t until she becomes the fiercest, most feared dragon slayer in the land that she takes on the role of the next Iskari—a lonely destiny that leaves her feeling more like a weapon than a girl.

Asha conquers each dragon and brings its head to the king, but no kill can free her from the shackles that await at home: her betrothal to the cruel commandant, a man who holds the truth about her nature in his palm. When she’s offered the chance to gain her freedom in exchange for the life of the most powerful dragon in Firgaard, she finds that there may be more truth to the ancient stories than she ever could have expected. With the help of a secret friend—a slave boy from her betrothed’s household—Asha must shed the layers of her Iskari bondage and open her heart to love, light, and a truth that has been kept from her. [Goodreads Summary]


Have you read any of these? Which do you think I should read? What are some of your favorite books featuring dragons?