It has been a wet weekend with more rain. I am in no way complaining though. I love these rainy days. Spring has been peeking her head around the corner earlier this past week, giving us a taste of sunshine and warmer weather. My rose bushes are beginning to bloom. I wasn't sure they would survive our freezing temperatures. We never did get that snow Mouse wanted; although several other areas nearby that usually do not see any did. Mother Nature is such a tease.

How did you fare this February? Are you ready for March? 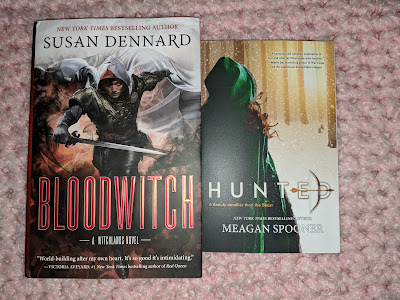 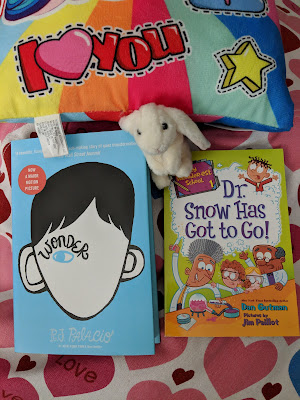 Wonder by R.J. Palacio
Dr. Snow Has Got to Go! (My Weirder-est School #1) by Dan Gutman 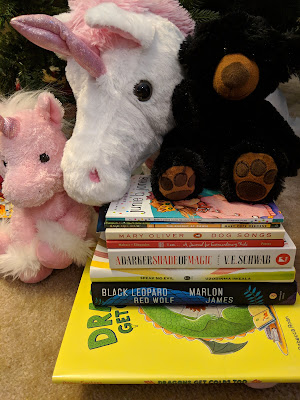 Junie B. Jones Loves Handsome Warren (#7) by Barbara Park, illustrated by Denise Brunkus
The Knight At Dawn (Magic Treehouse, #2)  by Mary Pope Osborne, illustrated by Salvatore Murdocco
I am . . . A Journal for Extraordinary Kids by Brad Meltzer, illustrated by Christopher Eliopoulos
Dog Songs by Mary Oliver
A Darker Shade of Magic by V.E. Schwab
Speak No Evil by Uzodinma Iweala
Black Leopard Red Wolf by Marlon James
Dragons Get Colds Too by Rebecca Roan, illustrated by Charles Santoso 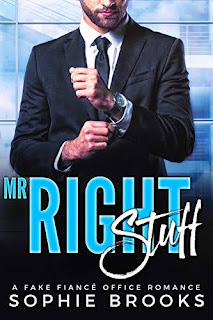 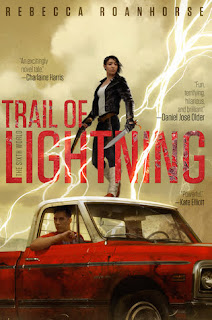 Trail of Lightning by Rebecca Roanhorse 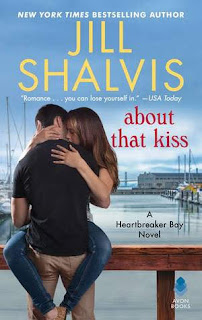 About That Kiss by Jill Shalvis


What I Am Reading: My bookmark currently is in Nightchaser by Amanda Bouchet. I have been on a role as of late reading books that I do not want to put down, and this one is among them. It is so good!

What I Am Watching: I watched a couple episodes of The Umbrella Academy--the jury is still out on what I think, although I am interested enough to continue. I also recently watched the short documentary Period. The End of a Sentence., which recently won an Academy Award.  I can see why it won.

Off the Blog: February was a busy month with all our usual activities, in addition to auditions for the summer musical, birthday planning and preparations, and Girl Scout cookie sales. I will be so glad when cookie season is behind us!

Mouse has been working on her Frida Kahlo report and will be finishing it up this weekend. She was named Scientist of the Week for school this coming week, and so will be coming up with a science project she can show her class. My husband has a whole slew of ideas, but none of them are realistic for a second grader to demonstrate to her class on her own. I nixed his burning magnesium idea.

Looking Forward To: My daughter's birthday this month. We are having a painting party, which she is excited about. And later in the month we are going to Drag Queen Story Hour: HERstory at our local independent bookstore. My husband, Mouse and I are all looking forward to it. It's been a regular event at the bookstore for a couple months now, but this will be our first time going.

February was a good reading month overall. Of the four books I read just for myself, they were all winners. Stars Uncharted, the February TBR poll winner, was my favorite, but it was close!  All of the books were so different from one another.

Mouse really enjoys our reading time together. We take turns reading out loud to each other. She is really into the A to Z Mysteries and Judy Moody books. I tend to like the Judy Moody books a bit more, finding the writing in the A to Z Mysteries repetitive at times. I am sure it's partly because of the age group they are written for. What matters is that Mouse enjoys them. I love it when she speculates as to how the mysteries will turn out. Sometimes she is way off, and other times she is spot on. Mouse has two other series going as well, The Magic Treehouse and The Wish Fairy, but those she is reading with her dad.

This Past February In Reading Mews:

I had a hard time settling on three books to choose for this month's poll. I am not sure why it was so difficult to choose. I think all of these will be good, and all are books I have been wanting to read for awhile now. I look forward to seeing which one wins! 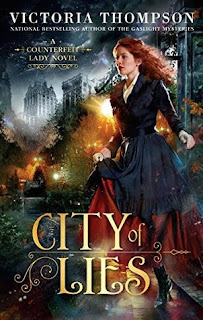 She never expects to like or understand these privileged women, but she soon comes to respect their intentions, forming an unlikely bond with the wealthy matriarch of the group whose son Gideon is the rarest of species—an honest man in a dishonest world. She knows she’s playing a risky game, and her deception could be revealed at any moment, possibly even by sharp-eyed Gideon. Nor has she been forgotten by Thornton, who’s biding his time within this gilded orbit, waiting to strike. Elizabeth must draw on her wits and every last ounce of courage she possesses to keep her new life from being cut short by this vicious shadow from her past. [Goodreads Summary] 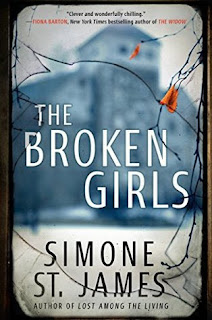 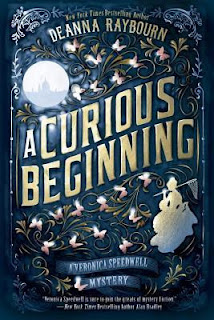 After burying her spinster aunt, orphaned Veronica Speedwell is free to resume her world travels in pursuit of scientific inquiry—and the occasional romantic dalliance. As familiar with hunting butterflies as with fending off admirers, Veronica intends to embark upon the journey of a lifetime.

But fate has other plans when Veronica thwarts her own attempted abduction with the help of an enigmatic German baron, who offers her sanctuary in the care of his friend Stoker, a reclusive and bad-tempered natural historian. But before the baron can reveal what he knows of the plot against her, he is found murdered—leaving Veronica and Stoker on the run from an elusive assailant as wary partners in search of the villainous truth. [Goodreads Summary]