Waiting to Read Wednesday: The Thing Around Your Neck/Finder/Someone Knows 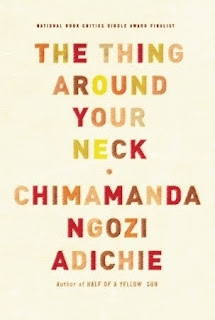 The Thing Around Your Neck by Chimamanda Ngozi Adichie (Knopf, 2009)

Chimamanda Ngozi Adichie burst onto the literary scene with her remarkable debut novel, Purple Hibiscus, which critics hailed as "one of the best novels to come out of Africa in years" (Baltimore Sun), with "prose as lush as the Nigerian landscape that it powerfully evokes" (The Boston Globe); The Washington Post called her "the twenty-first-century daughter of Chinua Achebe." Her award-winning Half of a Yellow Sun became an instant classic upon its publication three years later, once again putting her tremendous gifts - graceful storytelling, knowing compassion, and fierce insight into her characters' hearts - on display. Now, in her most intimate and seamlessly crafted work to date, Adichie turns her penetrating eye on not only Nigeria but America, in twelve dazzling stories that explore the ties that bind men and women, parents and children, Africa and the United States.

In "A Private Experience," a medical student hides from a violent riot with a poor Muslim woman whose dignity and faith force her to confront the realities and fears she's been pushing away. In "Tomorrow is Too Far," a woman unlocks the devastating secret that surrounds her brother's death. The young mother at the center of "Imitation" finds her comfortable life in Philadelphia threatened when she learns that her husband has moved his mistress into their Lagos home. And the title story depicts the choking loneliness of a Nigerian girl who moves to an America that turns out to be nothing like the country she expected; though falling in love brings her desires nearly within reach, a death in her homeland forces her to reexamine them.

Searing and profound, suffused with beauty, sorrow, and longing, these stories map, with Adichie's signature emotional wisdom, the collision of two cultures and the deeply human struggle to reconcile them. The Thing Around Your Neck is a resounding confirmation of the prodigious literary powers of one of our most essential writers. [Goodreads Summary]

Why I want to read this: I have a lot of admiration for Chimamanda Ngozi Adichie, both as a writer and as a person. I purchased this collections years ago, planning to read it, but there it sits on my shelf still waiting its turn. I tend to gravitate more towards novels than short stories, and that is in part why this remains unread. Still, I would like to reread it one day. 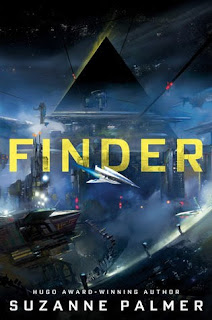 Fergus Ferguson has been called a lot of names: thief, con artist, repo man. He prefers the term finder.

His latest job should be simple. Find the spacecraft Venetia's Sword and steal it back from Arum Gilger, ex-nobleman turned power-hungry trade boss. He'll slip in, decode the ship's compromised AI security, and get out of town, Sword in hand.

Fergus locates both Gilger and the ship in the farthest corner of human-inhabited space, a gas-giant-harvesting colony called Cernee. But Fergus' arrival at the colony is anything but simple. A cable car explosion launches Cernee into civil war, and Fergus must ally with Gilger's enemies to navigate a field of space mines and a small army of hostile mercenaries. What was supposed to be a routine job evolves into negotiating a power struggle between factions. Even worse, Fergus has become increasingly--and inconveniently--invested in the lives of the locals.

Foolhardy. Eccentric. Reckless. Whatever he's called, Fergus will need all the help he can get to take back the Sword and maybe save Cernee from destruction in the process. [Goodreads Summary]

Why I want to read it: I keep saying I will read more science fiction, but it did not happen this past year like I hoped. I keep being drawn to the novels though, and this one is no different. It sounds like it will be a lot of fun. 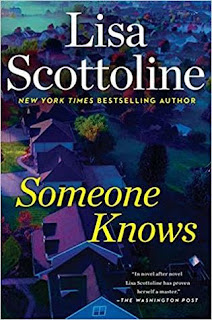 From the New York Times-bestselling author comes a pulse-pounding domestic thriller about a group of friends who have been bound for twenty years by a single secret—and will now be undone by it. Someone Knows is an emotional exploration of friendship and family, as well as a psychological exploration of guilt and memory.

Twenty years ago, in an upscale suburb of Philadelphia, four teenagers spent a summer as closest friends: drinking, sharing secrets, testing boundaries. When a new boy looked to join them, they decided to pull a prank on him, convincing him to play Russian roulette as an initiation into their group. They secretly planned to leave the gun unloaded—but what happened next would change each of them forever.

Now three of the four reunite for the first time since that horrible summer. The guilt—and the lingering question about who loaded the gun—drove them apart. But after one of the group apparently commits suicide with a gun, their old secrets come roaring back. One of them is going to figure out if the new suicide is what it seems, and if it connects to the events of that long-ago summer. Someone knows exactly what happened—but who? And how far will they go to keep their secrets buried? [Goodreads Summary]

Why I want to read it: Lisa Scottoline writes a good thriller and this one caught my eye. A secret from the past coming back to haunt the friends . . . I can't wait to dive in!


Do these interest you too? What upcoming releases are you looking forward to getting your hands on and reading?