Six Degrees of Separation: From The Fight Club to Exit Strategy 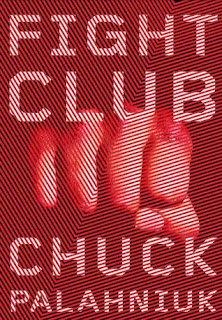 This month’s lead in book is Chuck Palahniuk’s Fight Club. I have seen mention of the movie so often that I am not sure if I am just remembering clips from trailers or if I have actually seen the movie myself. My husband says I have, and so I will take his word for it. 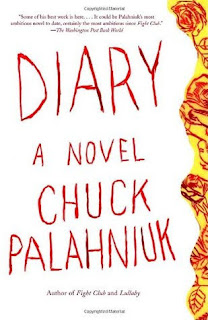 Regardless, I know I have never read the book. That is partly because I read Chuck Palahniuk's Diary in which a wife tries to figure out the meaning behind the hidden messages her comatose husband has left for her. While I wanted to like it and could appreciate Palahniuk’s writing, I was left disappointed in the book itself. 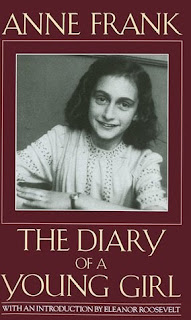 Perhaps one of the most famous books published in diary form is The Diary of A Young Girl by Anne Frank. I read her book as a child and connected with Anne, the young Jewish girl hiding in the attic during the Holocaust, just as many other girls have over the years. 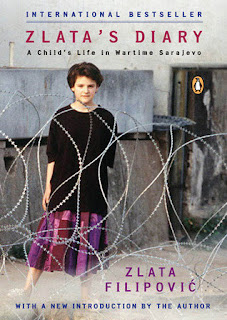 And that brings to mind Zlata's Diary: A Child's Life in Wartime Sarajevo, which is comprised of journal entries written by the author, Zlata Filipović, during the war in Sarajevo. It offers a glimpse of the horrors of war, the fears of a child and her family, as well as a thread of hope. 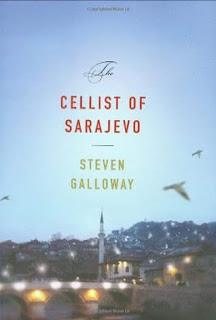 Steven Galloway's The Cellist of Sarajevo is a fictional account of the war in Sarajevo during the 1990's. Of all the story lines in Galloway's novel (the lonely baker, the father out to provide for his family, the sniper, and the cellist), I was most drawn to that of Arrow, the young female sniper, a former university student, once with dreams and hopes of her own--for whom killing is now second nature. 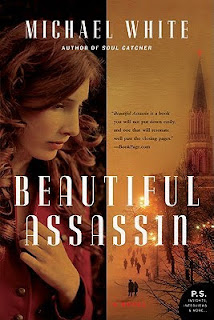 Arrow's character brings to mind that of Tat'yana, a poet and academic, turned soldier who became one of the top Soviet snipers during World War II in Beautiful Assassin by Michael C.White. While women soldiers were not new to the Soviet Union during that time period, their path was still difficult. Many men still did not believe women had a place on the battlefield, and Tat'yana had to prove herself time and time again. 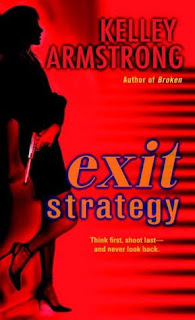 It isn't always easy being one of the few women in a traditionally male role, as Nadia Stafford can attest to. Like Tat'yana and Arrow, she has quite the kill list. Nadia is a contract killer who readers are introduced to in Exit Strategy by Kelley Armstrong. Nadia is a killer with a conscience, but not one you would want to cross.

This week's chain was much more straight forward for me than previous ones I have taken part in. With the exception of Fight Club, I have read all of these titles. I cannot wait to see the direction others go with their Six Degrees of Separation!


Next month (March 2, 2019), the starting book will be The Arsonist by Chloe Hooper. I hope you will play along!
© 2019, Musings of a Bookish Kitty. All Rights Reserved. If you're reading this on a site other than Musings of a Bookish Kitty or Wendy's feed, be aware that this post has been stolen and is used without permission.
Posted by Literary Feline at 2/01/2019 11:00:00 PM