Wishing for Wednesday: Witches & A Childhood Mystery Come to Light


Fantasy and mystery are two of my favorite genres to read. Then is it any surprise these would catch my attention? 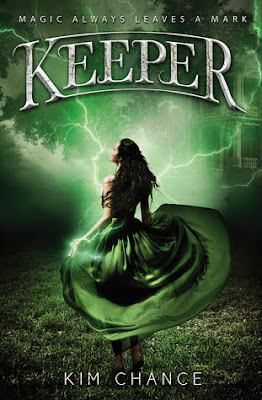 
When a 200-year-old witch attacks her, sixteen-year-old bookworm Lainey Styles is determined to find a logical explanation. Even with the impossible staring her in the face, Lainey refuses to believe it—until she finds a photograph linking the witch to her dead mother.

After consulting a psychic, Lainey discovers that she, like her mother, is a Keeper: a witch with the exclusive ability to unlock and wield the Grimoire, a dangerous but powerful spell book. But there’s a problem. The Grimoire has been stolen by a malevolent warlock who is desperate for a spell locked inside it—a spell that would allow him to siphon away the world’s magic.

With the help of her comic-book-loving best friend and an enigmatic but admittedly handsome street fighter, Lainey must leave her life of college prep and studying behind to prepare for the biggest test of all: stealing back the book. [Goodreads Summary]


Why I want to read it: A bookworm and a witch? That alone caught my attention and makes me want to read this one. 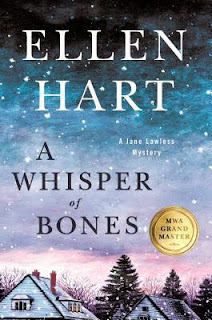 Fans of Jane Lawless new and old will be fascinated by newly minted Mystery Writers of America Grandmaster Ellen Hart's latest intricate puzzle in A Whisper of Bones.

Britt Ickles doesn't remember much from her only visit to her mother's childhood home when she was a kid, except for playing with her cousin Timmy and the eruption of a sudden family feud. That's why, when she drops by unannounced after years of silence, she's shocked when her aunts tell her Timmy never existed, that she must be confusing him with someone else. But Britt can't shake the feeling that Timmy did exist...and that something horrible has happened to him. Something her aunts want to cover up.

Britt hires Jane Lawless, hoping the private investigator can figure out what really happened to her cousin. When a fire in the family's garage leads to the discovery of buried bones and one of the aunts dies suddenly and suspiciously, Jane can't help but be pulled into the case. Do the bones belong to Timmy? Was the aunt's death an accident, suicide, or homicide? What dark secret has this family been hiding for decades? It all depends on Jane Lawless to unravel. [Goodreads Summary]


Why I want to read it: I believe this is the 25th book in the series, would should be enough to make me have second thoughts about this one, but the premise fascinates me.