At the moment, I am reading my second runner up in my May TBR List poll, Shadow Revolution, the first in the Crown & Key series, by Clay and Susan Griffith. Set in Victorian London, this urban fantasy novel is about a group of magically inclined people who discover a pack of werewolves living among them. They join together to route the werewolves out and save London.

A bold moon hung over the dark London cityscape. A shroud of fog obscured the ever present grime as yellow smudges of gas lamps created black silhouettes of the skyline. London showed its hidden nature only at night. People moved like wraiths, appearing out of nowhere, shades made suddenly solid.

The misty moonlight gave the city an otherworldly aspect in which Simon Archer reveled. He nodded amiably to passersby, but his senses were tuned to the indistinguishable world around him, listening, feeling for a shred of anything out of place.

"Sir, I appreciate the exhibition of your manly virtues; however, I am perfectly capable of deflecting his repartee. But by all means, continue with your pummeling if you feel the need."

Surprised, Simon's jaw snapped shut. There was only a moment's pause before he said, "I profusely apologize for coming to your rescue."

"I accept your apology sir. And I thank you for making me the center of attention."

"Most women find that appealing."


"Mad dog?" he intoned with a bemused cock of his head.

Kate threw her sword to the side. "Well, shouting werewolf seemed pointless."

It doesn't take long for the action to start in Shadow Revolution. It's clear not much gets by Simon Archer. I couldn't help but share the long teaser of conversation between Simon and Kate. It's obvious Kate is no slouch. I quite like her so far. Simon's not so bad himself. Shadow Revolution seems like it will be an action packed novel with a bit of wit on the side.

This week's  Top Ten Tuesday theme is  Ten (or so) Books I Feel Differently About After Time Has Passed. Sometimes my initial reaction after finishing a book changes the more I reflect and think about the book. It can happen from the moment I finish a book to when I write my review or being over the course of a long period of time. Here are a list of ten books in which I came to feel differently about over time. Admittedly, my shift in thinking is usually not by much. I cannot think of a book I liked and then came to hate or vice versa.


1. The Fault in Our Stars by John Green ~ I loved this book when I read it. And while I still think it is a great read, time has made me wonder if perhaps I wasn't caught up in all the hype and enthusiasm over the book when I read it. When I think of it now, I can't help but wonder if it was too saccharine, even given the subject matter. A little too perfect? 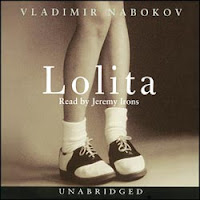 2. Lolita by Vladimir Nabokov ~ I really liked this book upon finishing it, and now consider it among my favorites. I think what kept me from thinking of it that way when I read it was because of the subject matter--it really is disturbing--but ultimately, this was a brilliant book on many levels.


3. The Raw Shark Texts by Steven Hall ~ This was such a unique and weird book. I liked it at the time I read it, but I like it even more now in retrospect.

4. The Glass Castle by Jeannette Walls ~ Well written, this book is a favorite for many. It never has been for me. What I liked most about this one was the author's positive attitude through it all and how reselient she is, but nothing about her story really stood out for me. Maybe because I hear and see the same and worse just about every day while on the job.

5. The Sookie Stackhouse Series by Charlaine Harris ~ At one time, I counted this series among my favorites. Now, not so much. Maybe because I eventually read similar books I liked better or the later books just weren't as good. I am not sure. I have no regrets reading the books--they were fun and enjoyable, but part of me wonders what it was I saw in the series in the first place. At least in terms of considering it a favorite.

6. Emma by Jane Austen ~ Another one I liked upon finishing, but love in retrospect. I found Emma annoying and didn't think much of her for too long. Now I think she's one of my favorite Austen characters--at least in terms of character growth of Austen's I've encountered so far.

7. The Twilight Trilogy by Stephanie Meyer ~ I actually found all three books to be fun reads, even with the less than stellar writing. It wasn't until later when such a big fuss was made between the lovers and haters of the series, that I took a closer look at the books. I still don't dislike the books (well, maybe the last one), but I definitely like them less and find myself more critical of them now than I once was.

8. The Girl on Legare Street and The House on Tradd Street by Karen White. I enjoyed both these books, but admit the main character grates on my nerves a bit. Still, I think highly of these books--the writing style and the world White's created, especially the ghosts and the way she brings Charleston to life. At one time I wasn't sure I would want to read on in the series, but now I'm pretty sure I will.

9. The Boy in the Striped Pajamas by John Boyne ~ While overall I liked this book, I still had mixed feelings about it, and over the years, the criticisms have stood out more so for me.

10. Room by Emma Donaghue ~ I liked this book more upon finishing it than I do now. The overall impact of it was much more powerful right after finishing it, but as time has passed it hasn't stayed with me as much as I had expected. I haven't even been compelled to see the movie the way I normally am with books I really liked.

What about you? Are there any books that you liked or disliked and had a change of heart down the road?