I love birthdays, and Mouse is at an age where she loves them too.  She began planning her March birthday back in December, making it clear she wanted a pirate theme.  The princess cake idea came a month before her birthday, all the while with her insisting we continue with the pirate theme for everything else.  Thank goodness too because my mom and I had already collected all the party favors and decorations.  I did ask her if she wanted a pirate princess cake a few times, but she was adamant she just wanted a princess cake.

My husband and I had talked about taking Mouse to Disneyland for her 3rd birthday, a trip with just the three of us, when she turned two.  And so, it was with great anticipation we arrived at Disneyland, where who should we meet upon entering the gate?  Why, Mouse's favorite princess!  Cinderella! 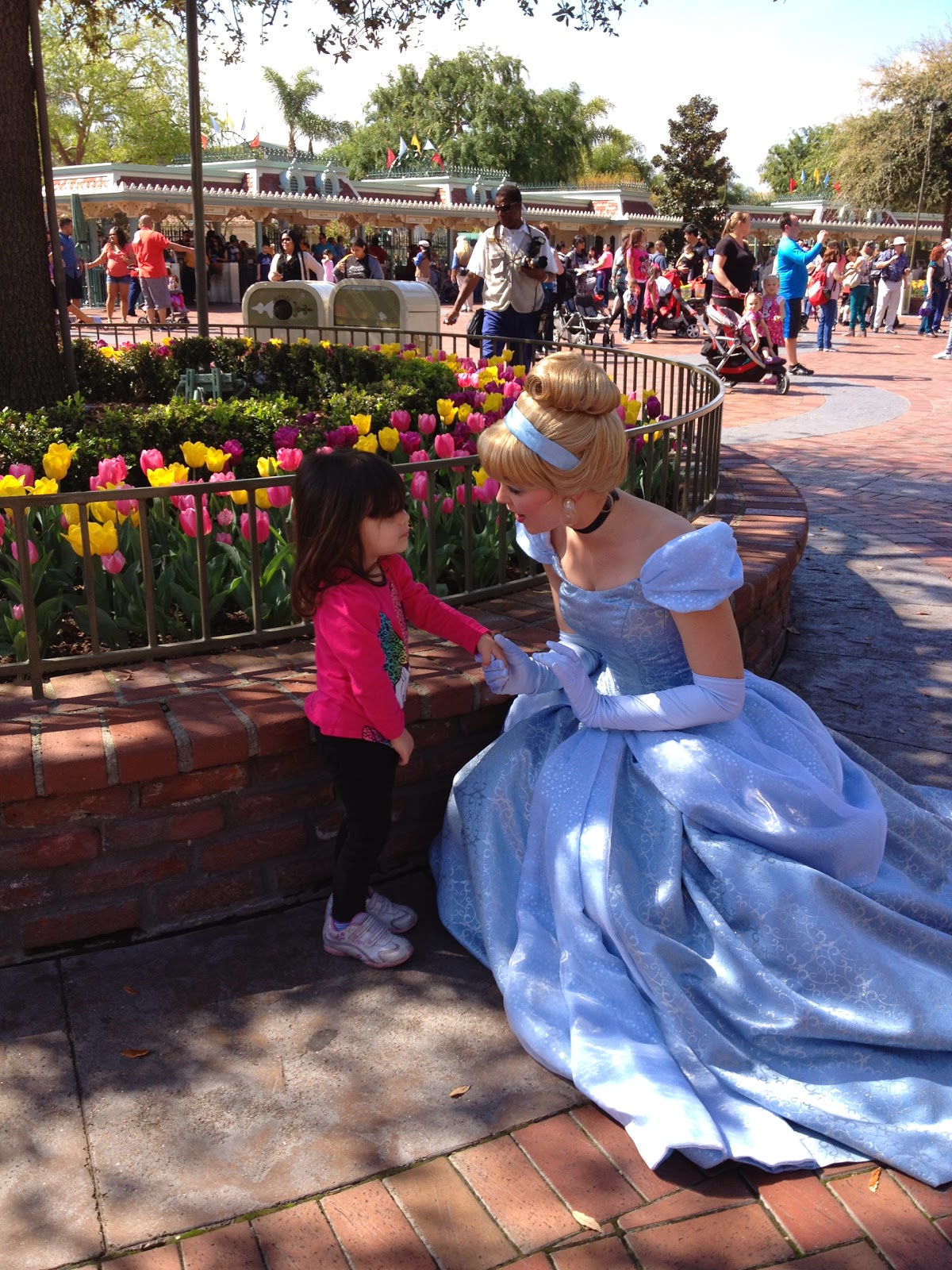 We stopped at City Hall to pick up birthday and celebration buttons.  Disneyland staff who see the buttons stopped to wish Mouse a happy birthday.  At first I think she was a little confused, but she soon got into the spirit of it.  We had a wonderful time at the park. Mouse had as much fun on the rides as she did meeting the various characters.  Her favorite, I think, was Minnie Mouse.  Mouse said her favorite ride of the day was the Dumbo ride.  She loved being up so high. 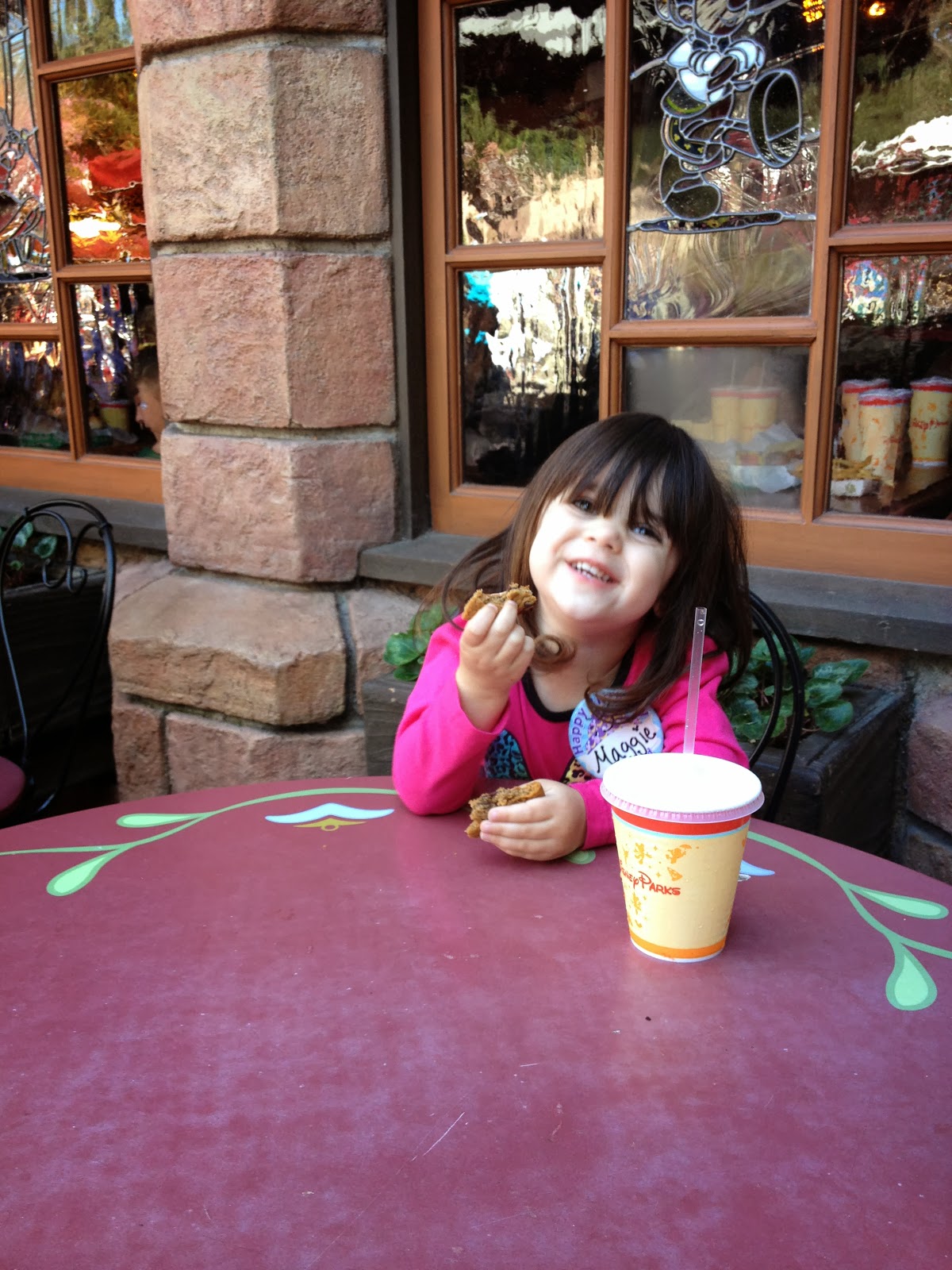 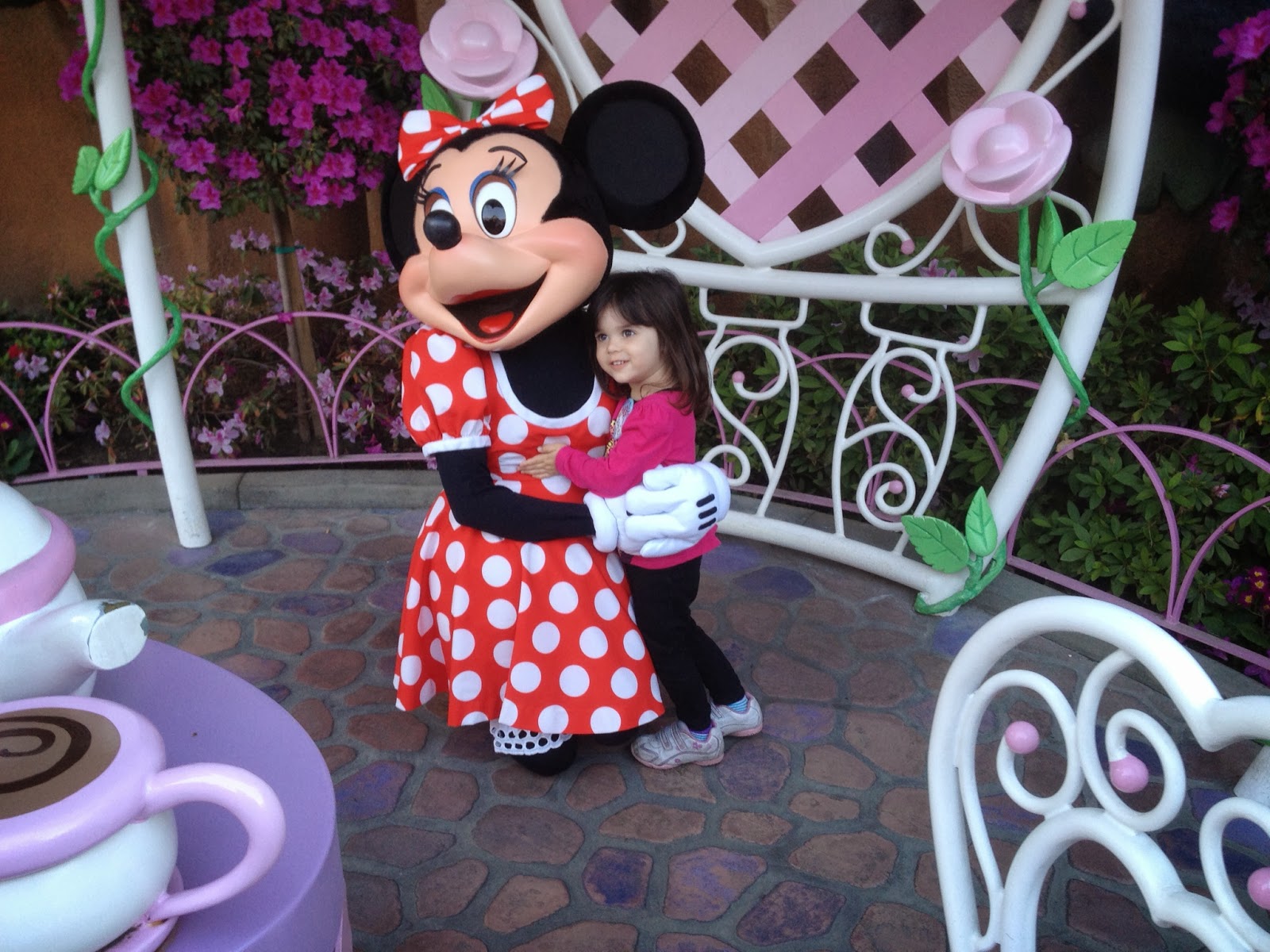 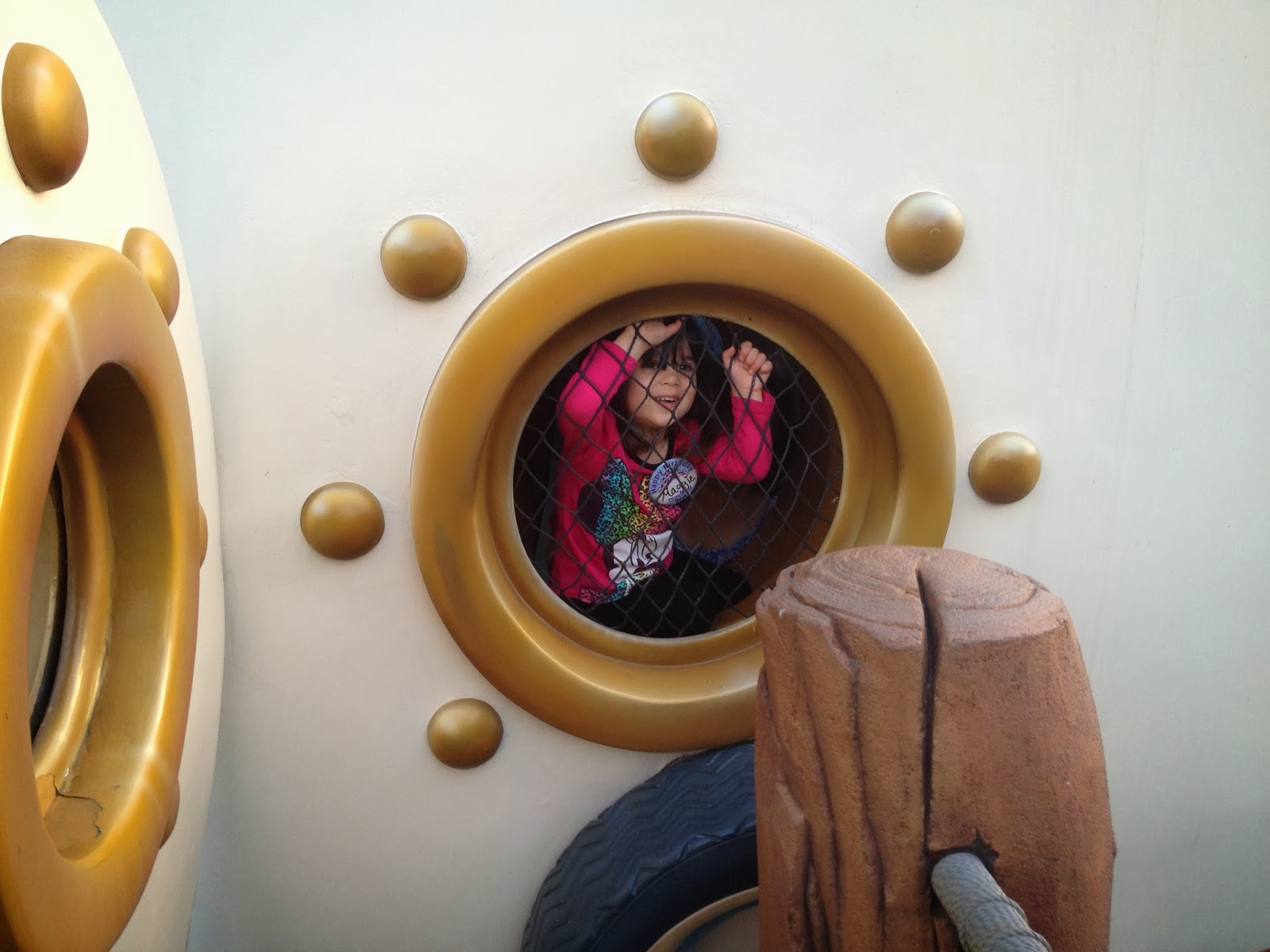 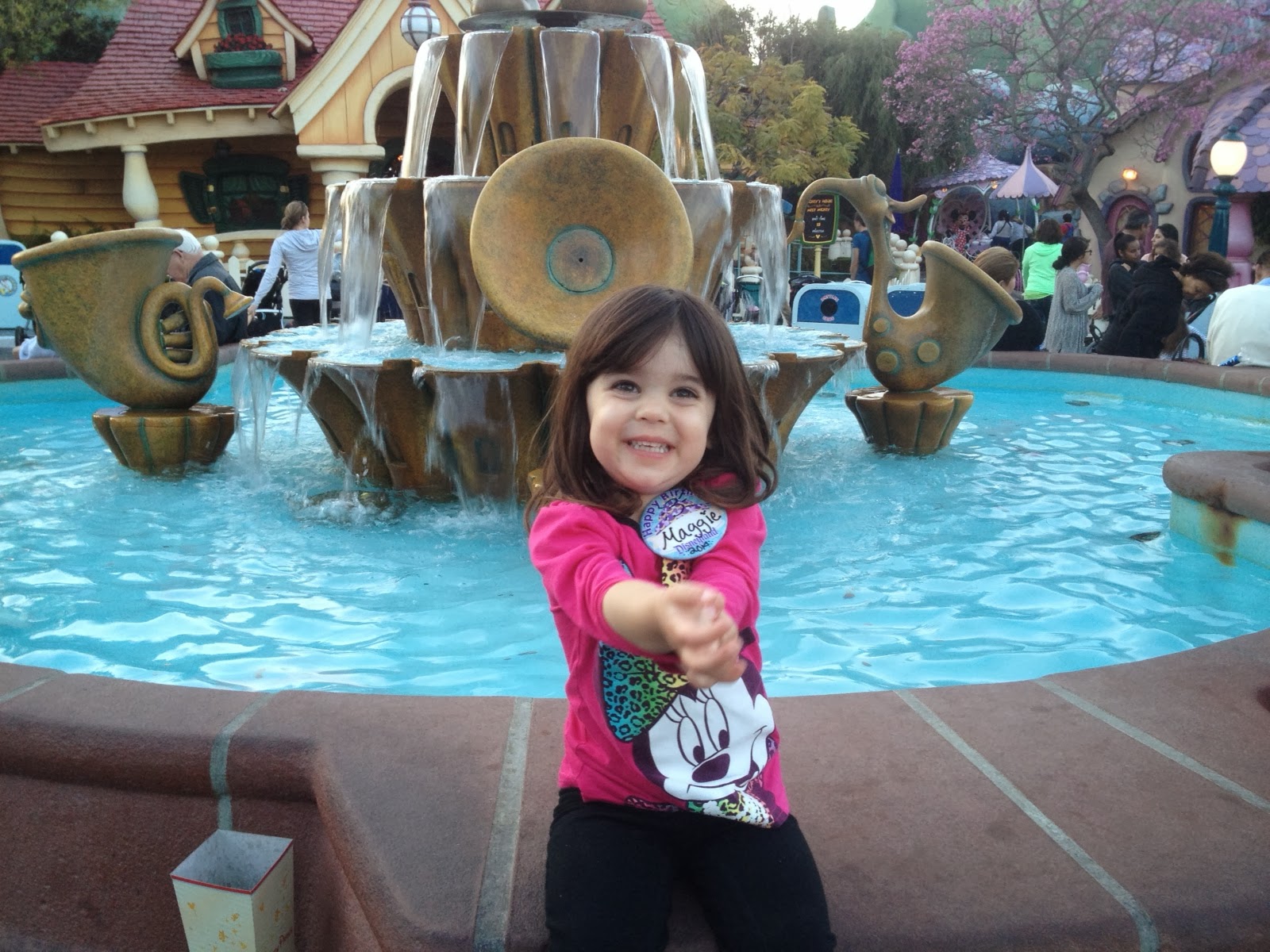 The next day was Mouse's school party.  My mom, who was in from out of town, and I arrived early at the school so we could help set up the decorations and games.  Each child had a pirate hat and eye patches, and we drew mustaches and beards on them if they requested.  The children had a blast searching for treasure in the play area and pinning the patch on the pirate.  My husband arrived with the pizza and cupcake cakes.  It was a fun afternoon.  We are very fortunate that Mouse's daycare provider allowed us to have the party during the school day so that all Mouse's friends could come. 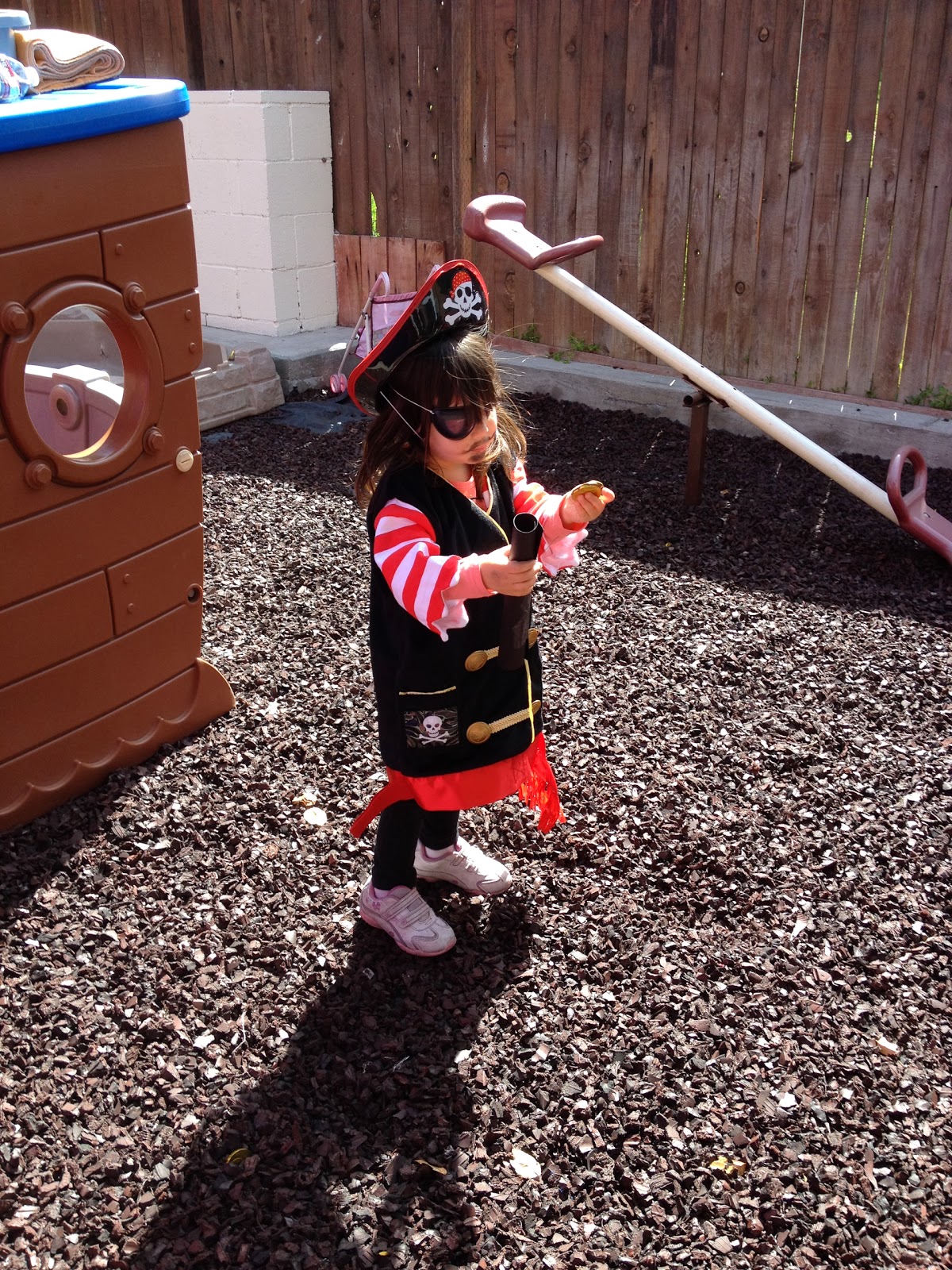 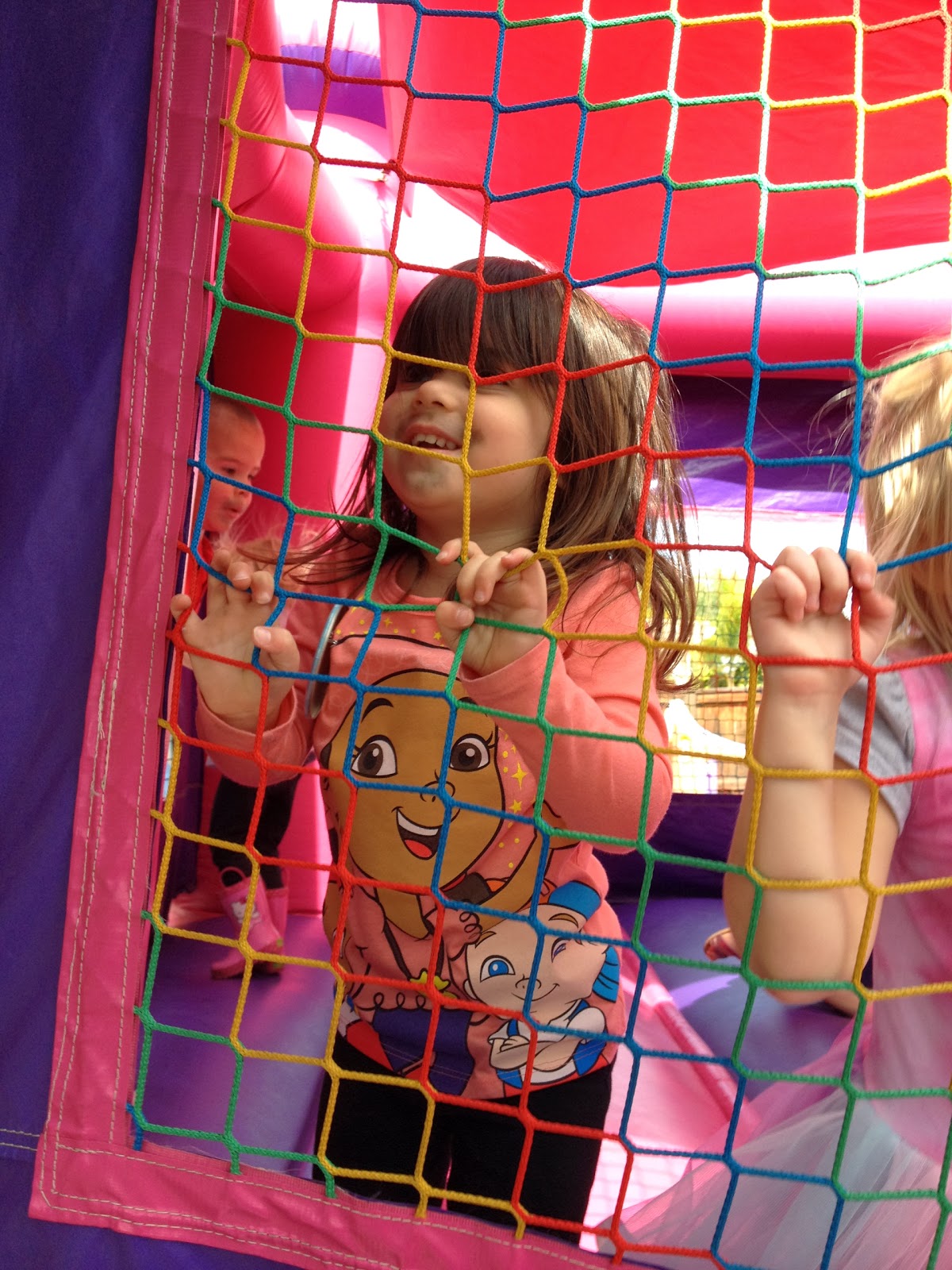 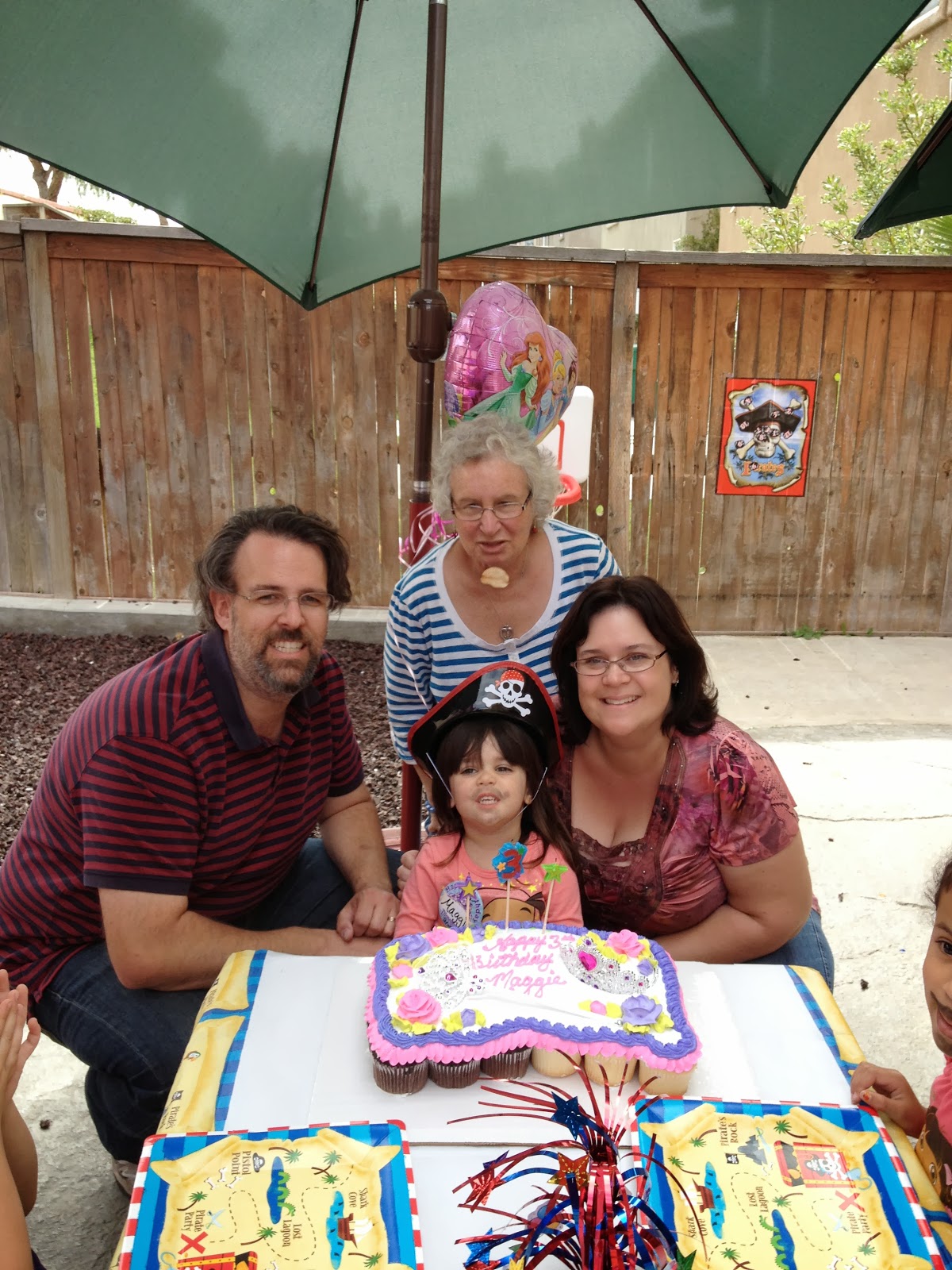 We had a quieter party with just family the following day.  It was much more laid back.  Several family members were able to come in from out of town, which made the event even more special for Mouse.

This past Sunday, Mouse, her dad and I ventured to the mall where she used a gift card to make a "Happy Birthday Bear" and she got her free cupcake from Barnes and Noble.  So, I guess you could say her birthday lasted nearly a week and a half.

Now Mouse wants to know whose birthday comes next.  My husband is probably hoping she'll forget I told her it was Parker's birthday this coming month . . .  When I asked Mouse if Parker would like to go to Disneyland, she informed me that he can't go, he's an inside only cat.  Smart girl.

On a more sentimental note, it is hard to believe Mouse is now three years old.  It seems like just yesterday we were in the hospital waiting for her to be born.  She definitely has a mind of her own, and most of the time I love her independent spirit.  And yet she is actually quite sweet.  She enjoys telling stories and making up songs.  She is now in that "why" phase you hear so much about.  She is always eager to learn and wants to try things on her own.  She still loves to cuddle up with us though and sometimes wants to be carried and coddled.  I love how girlish she can be and then the next minute be more of a tomboy.  She is honest and at times dramatic.  She can be so silly one minute and completely serious the next.  When she falls, she lets you know she's okay right away, before you ask.  Your average toddler, no doubt, but she's mine, which makes her extra special to me.

The day Mouse officially turned three, I swear to you, her cry and yell was louder.  Her "No!" more firm.  The terrible twos passed us by without really being terrible at all, and I am hoping the thunderous threes do the same.  Still, I already sense a growing independence and rebelliousness in her.  I look forward to it just as much as I fear it.  I am excited about seeing her continued growth.  I treasure this time of innocence, and yet I also look forward to introducing her more to this world we live in.  My little girl wants so much to be a big girl, and all I want is for time to slow down.  My little girl is three, can you believe it?  Oh my gosh, I feel so old!