From Book to Movie: Beautiful Creatures by Kami Garcia and Margaret Stohl

I used to think our town, buried in the South Carolina backwoods, stuck in the muddy bottom of the Santee River valley, was the middle of nowhere. ~ First Sentence of Beautiful Creatures 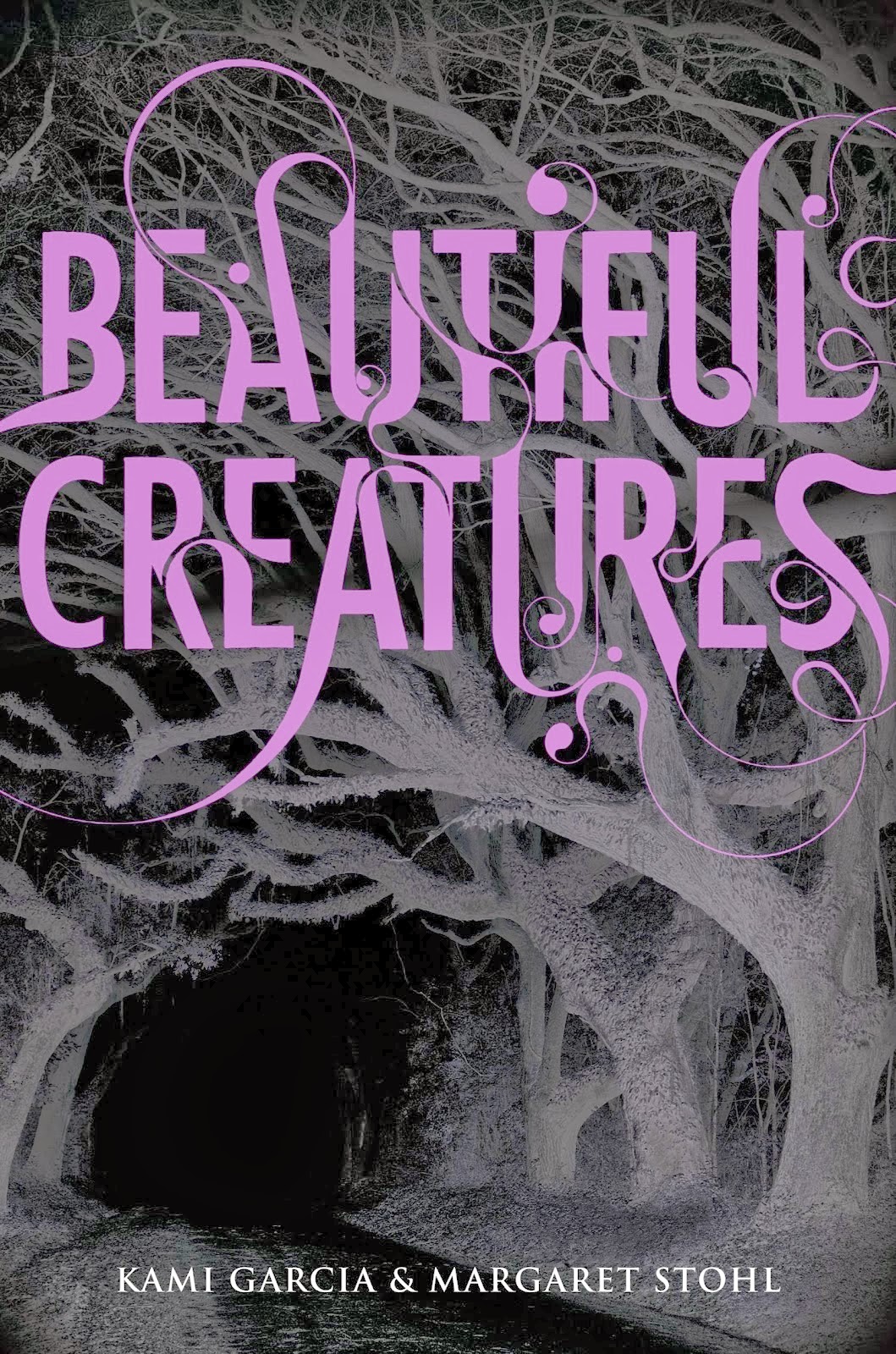 There were no surprises in Gatlin County.


We were pretty much the epicenter of the middle of nowhere.


At least, that's what I thought.


Turns out, I couldn't have been more wrong.
There was a curse. There was a girl. And in the end, there was a grave.

Lena Duchannes is unlike anyone the small Southern town of Gatlin has ever seen, and she's struggling to conceal her power and a curse that has haunted her family for generations. But even within the overgrown gardens, murky swamps and crumbling graveyards of the forgotten South, a secret cannot stay hidden forever. Ethan Wate, who has been counting the months until he can escape from Gatlin, is haunted by dreams of a beautiful girl he has never met. When Lena moves into the town's oldest and most infamous plantation, Ethan is inexplicably drawn to her and determined to uncover the connection between them.

In a town with no surprises, one secret could change everything.

I enjoy stories about witches.  When I first saw the preview for the movie, Beautiful Creatures, it immediately caught my attention, and I just knew I had to read the book.  Then the reviews of the movie came in, and they weren't so positive.  Friends who had read the book hadn't been too impressed.  So, the book and the idea of watching the movie went on the back burner.  When I saw the opportunity to watch the movie come on cable, I decided to take the plunge and dove into the book.

I enjoyed the story on some level, but there were also parts I had trouble with.  The novel is narrated by Ethan, lifetime resident if Gatlin, a small Southern town.  He is on the basketball team and is one of the popular kids at his school.  Ethan's mother died a few years before and his father has taken to locking himself in his study, shutting out the rest of the world.  Ethan is being raised my Amma, his family's long-time housekeeper and cook.

Life in Gatlin is pretty dull and Ethan longs to move away.  Nothing ever changes.  At least not until the niece of Gatlin's Boo Radley, Macon, comes to town.  Lena is beautiful and different.  She is immediately hated by every cheerleader in town.  As a result, she is pesona non grata.

Ethan and Lena are instantly drawn to each other, even though Lena tries to fight it.  In fact, the two share dreams even before they meet, suggesting a deeper connection between them than you might first believe.  Ethan soon realizes that Lena is unusual in more ways than one.  She is a Caster, a witch if you will.  Ethan and Lena's fates are tied together.  There is an old curse, a shared history dating back to the Civil War, and dark versus light.

I wanted to like this book more and maybe that was part of the problem.  I expected too much.  But the truth is Ethan annoyed me.  There's no nicer way to say it.  He does or says several things throughout the book that left me scratching my head.  Lena wasn't much better. I tried to remind myself that they were teenagers, so what did I expect?  But I am not sure that was really it.  There was also the fact that the entire cheerleader shuns the new girl routine came across as too cliche.  I also felt some of the story threads did not come together as nicely as I would have liked.

That aside, there were aspects of the book I liked.  I liked the world building in terms of the myth and magic behind the Casters.  I liked Macon and Amma and wished I could have known more about their backgrounds.  I also am very curious about Ethan's mother, who I imagine readers may learn more about in future books in the series.  And I liked the historical piece, the story of Ethan and Lena's ancestors.  So, while the book left me wanting, I did enjoy parts of it.

And then I saw the movie.  I was warned by more than one person not to watch it, but watch it I did.  I am not even sure what to say other than I did not like it.  I nearly turned it off a couple of times, I was so bored. The characters did not grab me, the special effects were not anything special--and at times seemed a bit ridiculous--and the changes made in the screenplay seemed to hurt more than help or balance out the book version.  I will say though that I liked the movie ending better than I did the book ending.

I have not decided yet if I will read further in the series.  I am regretting buying the rest of the series before having read the first book.  It is a lesson I should have learned long ago.

To learn more about Kami Garcia and Margaret Stohl and their books, please visit the authors' website.

Resource: I purchased an e-copy of this book for my own reading pleasure.  I watched the movie on HBO.