Where Is Your Bookmark: The Witch Haven & Connect 5: Series Reading 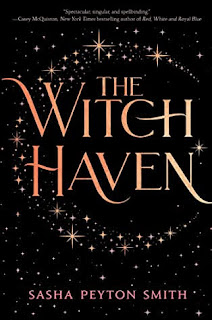 The East River smelled distinctly of death. [first line from The Witch Haven]

Like her office, she is dressed entirely in black velvet, from her floor-length dress to her cape, identical to those the other women wear, save for the fabric and the monstrous moonstone brooch secured at her throat. Her snow white hair is piled atop her head in a pompadour. She sits as straight as a board in her chair, her yes narrowed, looking down her pointy nose at me. [excerpt from page 56 of The Witch Haven]

My interest in all things witchy is how this book landed on my wish list and then under the Christmas tree thanks to my daughter (okay, so mostly due to my husband). It was my choice of first book of the year—in part because I wanted to start the year off with something fun, and also because I am terrible about reading books gifted to me in any sort of timely manner and decided I should work on changing that.

This historical fantasy novel is set in 1911 New York City and follows the story of Frances Hallowell, a seventeen year old seamstress whose magic comes alive during a brutal attack that leaves a man dead and Frances not knowing exactly how it happened. The next thing she knows, she is whisked away to Haxahaven Sanitarium, which, it turns out, is a school for witches.

Life at Hexahaven does not turn out to be all Frances hopes it will be, unfortunately. The headmistress makes it clear magic is dangerous and their lessons are geared toward simple and relatively safe magic. Frances knows there has to be more to it than that. When mysterious notes appear on her pillow implying knowledge of what happened to her brother, Frances sneaks out of Hexahaven to find out who and what the person knows. Things do not go quite as planned.

I was glued to the pages of The Witch Haven for much of the novel. Frances does not always make the best choices; her tunnel vision to find out what happened to her brother sometimes getting in the way. It is clear she loved him and is grieving his loss. I liked her and wanted to know what happened to her brother as much as she did. But I also was really interested in knowing more about the girls around her, especially her closest friends, Lena and Maxine, who she meets at the school, each with their own specific magical gifts. There is also charming Finn, a friend of her brother’s and a fellow magic user, who promises to teach her and her friends the kind of magic they are not allowed to learn inside Hexahaven’s walls. He also agrees to help Frances on her quest to find her brother’s killer. When other bodies turn up in the same spot where her brother’s was found, solving the mystery becomes more urgent.

I liked how the author weaves the history of the time period into the story: woman’s place in society as well as touching on women fighting for the right to vote, how race/ethnicity and class played into it, and the insidious practice of forcing Native American children to leave their families to attend schools where they often faced abuse or worse. Such details, while in the background, add a layer to the novel that only makes it stronger.

In addition, corruption, money and power play roles over the course of the novel. The witches of Hexahaven are not the only ones with magic. An old boys club, mostly made up of a membership of wizards, pretty much has everyone of authority in their back pocket. And when they learn just what Frances is capable of, their leader wants her on his side. Even if she was interested though, would Hexahaven be willing to let her go?

The Witch Haven has a good mix of magic, mystery and romance. I was swept up into this story of self-discovery, girl power, a murder mystery, a rivalry between witches and wizards, the magic, and first love. The novel was quite an adventure with many tense moments and twists. I do wish the author had given us more insight into Maxine’s backstory—there is some, but it’s mostly vague—as well as some of the other characters at Hexahaven. I think it would have more fully fleshed out that aspect of the story for me. Even so, in the end, I was pleased with the direction the author went with the novel and I enjoyed it.

Have you read The Witch Haven? If so, what did you think? Does it sound like a book you would like to read?

Connect Five Friday is a weekly meme where readers share a list of five books,
read or unread, or bookish things, that share a common theme.
Hosted by the  Kathryn of of Book Date.
In my year end post last week I wrote about how I want to catch up with some of the series I have started. I have begun an embarrassing amount of series over the years. For today's Connect Five Friday, I thought I would list five series in which I have read more than one book and have more than one book to go to get caught up. Rather specific I know--but I had to find a way to narrow down the list for today somehow. 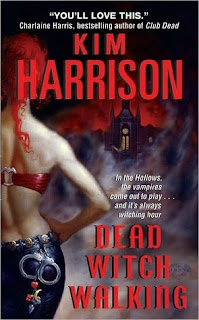 The Hollows Series by Kim Harrison 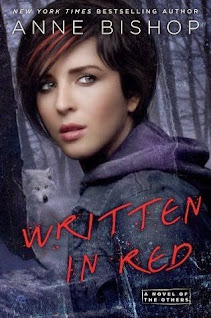 The Others Series by Anne Bishop 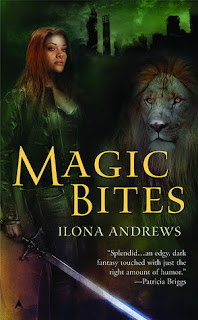 The Kate Daniels Series by Ilona Andrews
Are you a series reader? Have you read any of these series?
I hope you all have a wonderful weekend! Be sure and tell me what you are reading and are up to!