Weekly Mews: Cookie Time & Six Degrees of Separation (From No One is Talking About This to Becoming)

I am linking up to the Sunday Post hosted by Kim of Caffeinated Book Reviewer and The Sunday Salon (TSS) hosted by Deb Nance of Readerbuzz  where participants recap our week, talk about what we are reading, share any new books that have come our way, and whatever else we want to talk about. I am also linking It's Monday! What Are you Reading? hosted by Kathryn of Book Date where readers talk about what they have been, are and will be reading.
I am linking up to Stacking the Shelves hosted by Team Tynga's Reviews and Marlene of Reading Reality a meme in which participants share what new books came their way recently.
Can you believe it is the last weekend of January? It seemed to both drag and fly by at varying points of the month. The wind went away the beginning of the week and came back full force toward the end of the week, although all is calm out there this morning. The temperatures are starting to get warmer. I am very ready for spring.
As I write this, I am shaking off the last of the sleepy dust and Mouse is getting ready for a full day of dance. Anjin is tucked in bed getting some last minute zzz's before his day starts.  Mouse had a virtual Girl Scout meeting this past week followed by a parent meeting to talk about the kick off of cookie season--which means soon my house will be full of boxes of cookies to sell.

I realize it is not February yet, but I am jumping in a weekend early to take part in February's Six Degrees of Separation since next weekend I will be posting my January wrap up and February TBR poll where you help me decide what I will read next. 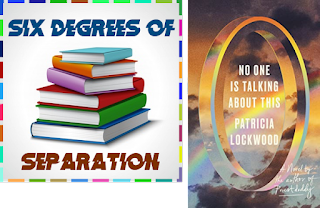 February's starting point is No One is Talking About This by Patricia Lockwood, a novel I know very little about (I think it focuses on the impact of social media on a woman's life and how that frames loss and grief suffered in her offline life), and so I am focusing on the title itself.
It's actually a good jumping off point for a variety of topics, but the book that first came to my mind was Me & Emma by Elizabeth Flock. I don't really want to go into too much about this book only to say it deals with the issues of child abuse. One of those dirty family secrets hardly anyone wants to talk about or, in some cases, acknowledge. 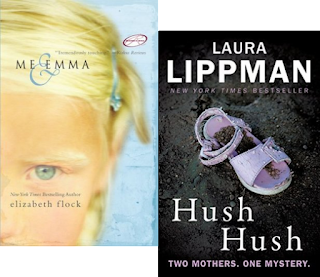 I go from there to Laura Lippman's mystery novel, Hush Hush, which I chose solely because of the title and not the subject matter. Because, going back to Me & Emma, the victims are often told to keep quiet about what is happening and not talk about.
Secrets long kept have a way of coming out--and often need to. Which brings to mind Shout by Laurie Anderson Halse, a memoir in verse I read the end of last year. A survivor of sexual assault, the author learned to speak up for herself and wanted to share her story so others will know they are not alone and give them hope. 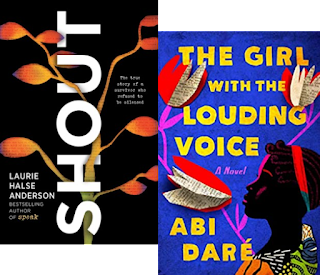 I am currently reading The Girl with the Louding Voice by Abi Daré about a young Nigerian woman, girl really, who faces what many would see as insurmountable obstacles, including child marriage and cruelty and abuse, and yet she continues to work toward making her dreams come true.
Adunni in The Girl with a Louding Voice longs for an education and to become a teacher, which brings me to the next book in the chain, Tara Westover's Educated. Tara mostly had to educate herself, raised by survivalist parents who feared the government and were preparing for the end of the world. She would eventually go onto college and earn her doctorate. 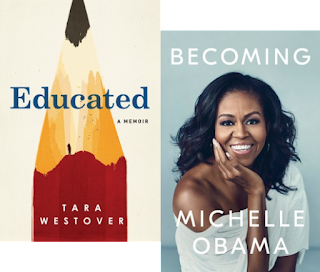 Going back to choosing a book more so because of its title, Michelle Obama's Becoming popped up in my mind. Although, some of the themes from this one do carry over from one book to the other. Learning, growing, becoming. Whether facing trauma, hardships, grief, or discrimination, the fictional and real life girls/women in these books come into their own, each through their own journeys, becoming who they are today.
And there you have it: from No One is Talking About This to Becoming. Where would your chain go?
**Six Degrees of Separation is a monthly link-up hosted by Kate of Books Are My Favourite and Best in the host chooses a book and participants take it from there: creating a chain of books, each connected to the one before. Seeing where we end up is half the fun!**

This Week In Reading Mews
New to the Shelves:
My husband surprised me with a couple of manga books from my wish list this week: 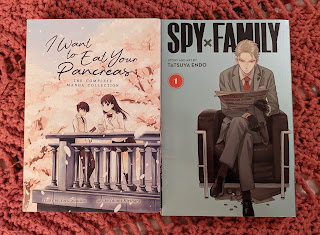 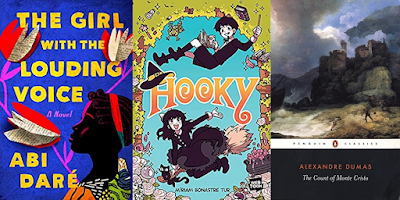 Blog Posts:
Tell me what you have been up to! What are you reading, listening to and watching? What new books did you add to your bookshelf? How was your week?