Where Is Your Bookmark? (A Peek Into My Current Read & What I Was Reading 5 Years Ago/ Nonfiction-Fiction Pairings / BBHOP)

I am nearly finished reading Ruth Ware's latest, One by One. As someone who lives in a part of the world in which the closest snow is on the distant mountain tops on the horizon, I have to experience a white winter vicariously through books.  Which is probably for the best since I do not like the cold very much. 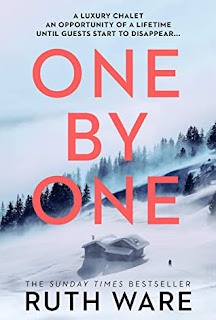 One by One by Ruth Ware
Simon & Schuster, 2020
Crime Fiction/Thriller; 352 pgs
Source: NetGalley

A luxury mountaintop chalet
The opportunity of a lifetime
Until guests start to disappear…
**The unmissable new thriller from the queen of the modern-day murder mystery.**
Snow is falling in the exclusive alpine ski resort of Saint Antoine, as the shareholders and directors of Snoop, the hottest new music app, gather for a make or break corporate retreat to decide the future of the company. At stake is a billion-dollar dot com buyout that could make them all millionaires, or leave some of them out in the cold.
The clock is ticking on the offer, and with the group irrevocably split, tensions are running high. When an avalanche cuts the chalet off from help, and one board member goes missing in the snow, the group is forced to ask - would someone resort to murder, to get what they want? [Goodreads Summary]

I keep my earbuds shoved into my ears on the minibus from Geneva Airport. I ignore Topher's hopeful looks and Eva, glancing over her shoulder at me. It helps, somehow. It helps shut out the voices in my head, their voices, pulling me this way and that, pummeling me with their loyalties and their arguments to and fro. [first paragraph of One by One]

My initial thoughts: The novel is divided into two points of view, Liz's and Erin's. This particular section is from Liz's. From this opening, I immediately wonder what it is Liz finds herself in the middle of. Is it something significant or just a part of their relationship dynamics?

"She came to my room last night, to try to persuade me not to sleep alone. When I asked why she was still awake, she said she had something on her mind, something she'd seen--I begged her to tell me--" She breaks off, her voice cracking. [excerpt from 56% of One by One]

My thoughts: Things have really taken off at this point, and one cannot help but wonder what it was "she" was trying to say. When I got here in the novel, I was on pins and needles wanting to know what she knew and did that play a part in what was happening.
Does One by One sound like something you would enjoy reading?

Originally a feature called Last Year I Was Reading created by Maria from ReadingMaria.
I liked it enough to continue on my own, but have tweaked it
to feature Five Years Ago I Was Reading.
(I would have gone back ten, but I read so little in 2011)
It seems like this time last year I was reading another suspense/thriller, except then it was Gilly Macmillan's What She Knew, about a mother whose son goes missing one day while in the park. Looking over my notes on it, I noted that although I enjoyed it, the novel didn't quite sweep me off my feet, that I felt the end was a bit rushed. I have not quite reached the end of One by One to have an opinion on that one, but I do know that it's a different type of thriller. More of a locked room mystery. 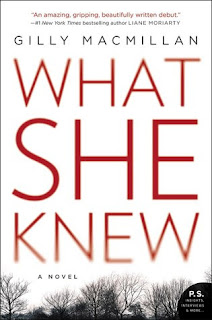 In the eyes of others, we're often not who we imagine ourselves to be. ~ Opening of What She Knew
Do you remember what you were reading five years ago?

Connect Five Friday is a weekly meme where readers share a list of five books,
read or unread, or bookish things, that share a common theme.
Hosted by the  Kathryn of of Book Date.
I like the idea of matching fiction books with nonfiction books and reading them either at the same time or at least around the same time. I know some of you do that already, but I often think of it long after the fact. I decided to think ahead a bit, however, and have come up with these nonfiction/fiction pairings, all books I already own and have on my TBR shelves. 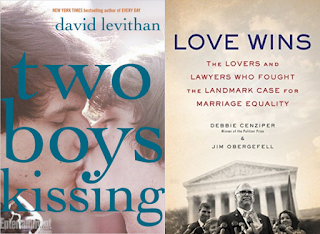 Love Wins: The Lovers and Lawyers Who Fought the Landmark Case for Marriage Equality by Debbie Cenizper & Jim Obergefell is about the hard won fight for marriage equality in the United States. It will go nicely with David Levithan's Two Boys Kissing, which is based in a true story about two 17 year olds who attempt to break the world record for the longest kiss narrated by a host of gay men who died of AIDS. The novel touches on coming out and gender identity issues among other things. Maybe not an obvious pairing on the surface, but I imagine both books take on the subject of discrimination and identity. Not to mention love itself. 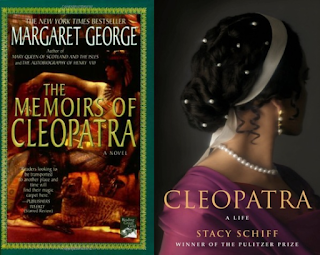 Cleopatra by Stacy Schiff's cover is part of what lured me to buy a copy, but I have always been fascinated by the historical figure herself. And what a perfect pairing! Schiff's Cleopatra with Margaret George's Memoirs of Cleopatra. Both tell the story of her life, one nonfiction and the other fictionalized. If only I can  get over the intimidating size of George's novel. 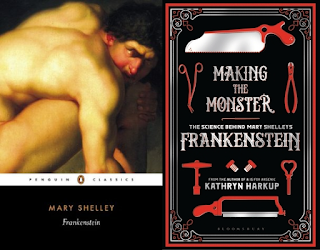 I got excited when I first heard about Making the Monster: The Science Behind Mary Shelley's Frankenstein by Kathryn Harkup, and it did not take long to spend some of that gift card money on a copy. Doesn't it make a perfect pairing with the original novel of Frankenstein? I think so! 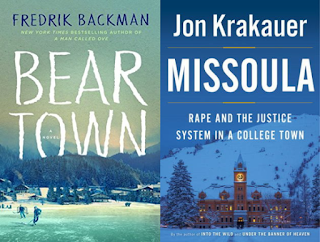 I had not connected my next two initially, but after some thought, I decided they would make a compelling side by side read: Missoula: Rape and the Justice System in a College Town by John Krakauer and Bear Town by Fredrik Backman. While one book focuses more on college culture and the other a small town, I think it's fair that some similarities can be drawn. Not to mention the issue of sexual assault itself and how it effects a small community. 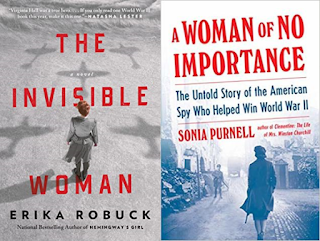 I was approved to read and review the historical novel The Invisible Woman by Erika Robuck which comes out next month and immediately thought of Sonia Purnell's A Woman of No Importance: The Untold Story of the American Spy Who Helped Win World War II. Both of these books about the life of Allied Spy Virginia Hall. It is always interesting to compare notes when it comes to historical fiction and nonfiction, and I look forward to doing so with these two.
What are some nonfiction/fiction pairings that you have read or want to read? Have you read any of these?

How many posts do you schedule for your blog on a weekly basis? (submitted by Elizabeth @ Silver's Reviews)

Scheduling posts ahead of time is a must for me because of my other obligations and priorities. I rarely am able to post off the cuff. At the very least I like to have the outline of a post done ahead of time to make it easier for myself if I have to add time-dependent content (like Sunday Salon/Post). I would say I schedule to post somewhere between two to four posts a week. It can vary. Sometimes I post less or not at all, rarely more.

What about you?
I hope you all have a wonderful weekend! Be sure and tell me what you are reading and are up to!