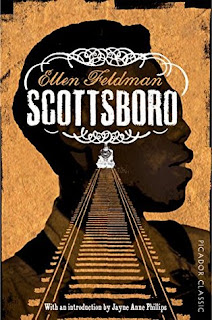 Shortlisted for the Orange Prize for Fiction, a novel inspired by the shocking true story of the Scottsboro boys.
Even after all these years, the injustice still stuns. Innocent boys sentenced to die, not for a crime they did not commit, but for a crime that never occurred. Lives splintered as casually as wood being hacked for kindling.
Alabama, 1931. A freight train is stopped in Scottsboro, nine black youths are brutally arrested and, within minutes, the cry of rape goes up from two white girls. In the shocking aftermath, one sticks to her story whilst the other keeps changing her mind, and an impassioned young journalist must try to save nine boys from the electric chair, one girl from a lie and herself from the clutches of the past . . .
Stirring racism, sexism and the politics of a divided America into an explosive brew, Scottsboro gives voice to the victims - black and white - of this infamous case. Shortlisted for the Orange Prize for Fiction in 2009, Ellen Feldman's classic charts a fight for justice during the burgeoning civil-rights movement.

Why I want to read this: A friend recommended this book to me, and I bought a copy in 2009 to add to my TBR shelf. Feldman brings us a fictionalized account of true events in which nine Black boys were convicted of a crime they did not commit. An important part of history that should not be forgotten. 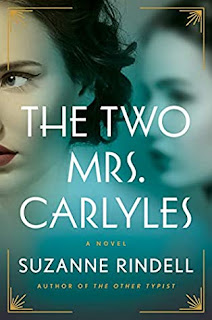 A suspenseful and page-turning descent into obsession, love, and murder in the wake of San Francisco's most deadly earthquake--and Suzanne Rindell's most haunting novel since her acclaimed debut The Other Typist.
Which wife holds the darker secret?
San Francisco, 1906. Violet is one of three people grateful for the destruction of the big earthquake. It leaves her and her two best friends unexpectedly wealthy--if the secret that binds them together stays buried beneath the rubble. Fearing discovery, the women strike out on their own, and orphaned, wallflower Violet reinvents herself.
When a whirlwind romance with the city's most eligible widower, Harry Carlyle, lands her in a luxurious mansion as the second Mrs. Carlyle, it seems like her dreams of happiness and love have come true. But all is not right in the Carlyle home, and Violet soon finds herself trapped by the lingering specter of the first Mrs. Carlyle, and by the inescapable secrets of her own violent history. [Goodreads Summary]

Why I want to read this: Having spent the majority of my growing up years in Northern California, San Francisco was always one of my favorite places to visit. So full of history and charm. This being set in the city during the 1906 earthquake was enough to catch my interest. But I think this particular story sounds pretty intriguing on its own, don't you? What happened to the first Mrs. Carlyle? And what does this mean for Violet? 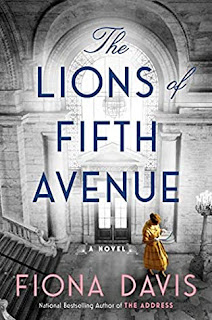 The Lions of Fifth Avenue by Fiona Davis
Release Date: July 21, 2020 by Dutton

It's 1913, and on the surface, Laura Lyons couldn't ask for more out of life—her husband is the superintendent of the New York Public Library, allowing their family to live in an apartment within the grand building, and they are blessed with two children. But headstrong, passionate Laura wants more, and when she takes a leap of faith and applies to the Columbia Journalism School, her world is cracked wide open. As her studies take her all over the city, she finds herself drawn to Greenwich Village's new bohemia, where she discovers the Heterodoxy Club—a radical, all-female group in which women are encouraged to loudly share their opinions on suffrage, birth control, and women's rights. Soon, Laura finds herself questioning her traditional role as wife and mother. But when valuable books are stolen back at the library, threatening the home and institution she loves, she's forced to confront her shifting priorities head on . . . and may just lose everything in the process.

Eighty years later, in 1993, Sadie Donovan struggles with the legacy of her grandmother, the famous essayist Laura Lyons, especially after she's wrangled her dream job as a curator at the New York Public Library. But the job quickly becomes a nightmare when rare manuscripts, notes, and books for the exhibit Sadie's running begin disappearing from the library's famous Berg Collection. Determined to save both the exhibit and her career, the typically risk-adverse Sadie teams up with a private security expert to uncover the culprit. However, things unexpectedly become personal when the investigation leads Sadie to some unwelcome truths about her own family heritage—truths that shed new light on the biggest tragedy in the library's history. [Goodreads Summary]

Why I want to read this: Another historical novel I do not want to miss out on! This one is centered around the New York Public Library. 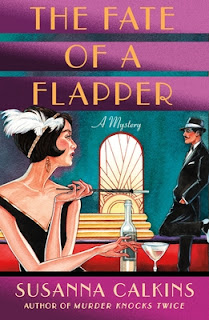 The Fate of a Flapper (The Speakeasy Murders #2) by Susanna Calkins
Release Date: July 28, 2020 by St. Martin's Griffin

The Fate of a Flapper, the second mystery in this captivating new series, takes readers into the dark, dangerous, and glittering underworld of a 1920's Chicago speakeasy.

After nine months as a cigarette girl at the Third Door, one of Chicago’s premier moonshine parlors, Gina Ricci feels like she's finally getting into the swing of things. The year is 1929, the Chicago Cubs are almost in the World Series, neighborhood gangs are all-powerful, and though Prohibition is the law of the land, the Third Door can't serve the cocktails fast enough.

Two women in particular are throwing drinks back with abandon while chatting up a couple of bankers, and Gina can't help but notice the levels of inebriation and the tension at their table. When the group stumbles out in the early morning, she tries to put them out of her head. But once at home that night, Gina's sleep is interrupted when her cousin Nancy, a police officer, calls—she's found a body. Gina hurries over to photograph the crime scene, but stops short when she recognizes the body: it’s one of the women from the night before.

Could the Third Door have served the woman bad liquor? Or, Gina wonders, could this be murder? As the gangs and bombings draw ever closer, all of Chicago starts to feel like a warzone, and Gina is determined to find out if this death was an unlucky accident, or a casualty of combat. [Goodreads Summary]

Why I want to read this: I read another of Susanna Calkins mysteries a few years ago and enjoyed it, but for some reason never followed up with it. Now she's coming out with the second in a new series I have yet to try--and this one sounds too good to pass up!