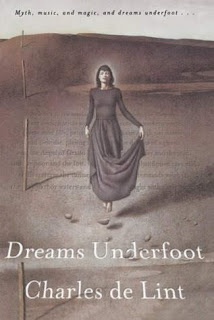 Welcome to the music clubs, the waterfront, the alleyways where ancient myths and magic spill into the modern world. Come meet Jilly, painting wonders in the rough city streets; and Geordie, playing fiddle while he dreams of a ghost; and the Angel of Grasso Street gathering the fey and the wild and the poor and the lost. Gemmins live in abandoned cars and skells traverse the tunnels below, while mermaids swim in the grey harbor waters and fill the cold night with their song. [Goodreads Summary]

Why I want to read this: Charles de Lint has long been hailed one of the trailblazers of modern fantasy and I have yet to read any of his work. I added this to my TBR collection after hearing so many good things about it. I am still anxious to give his work a try.

Have you read anything by Charles de Lint? Does it sound like something you would enjoy? 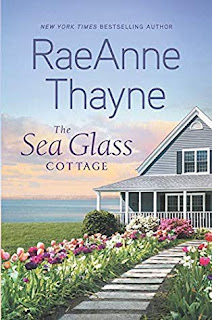 The life Olivia Harper always dreamed of isn’t so dreamy these days. The 16-hour work days are unfulfilling and so are things with her on-again, off-again boyfriend. But when she hears that her estranged mother, Juliet, has been seriously injured in a car accident, Liv has no choice but to pack up her life and head home to beautiful Cape Sanctuary on the Northern California coast.

It’s just for a few months—that’s what Liv keeps telling herself. But the closer she gets to Cape Sanctuary, the painful memories start flooding back: Natalie, her vibrant, passionate older sister who downward-spiraled into addiction. The fights with her mother who enabled her sister at every turn. The overdose that took Natalie, leaving her now-teenaged daughter, Caitlin, an orphan.

As Liv tries to balance her own needs with those of her injured mother and an obstinate, resentful fifteen-year-old, it becomes clear that all three Harper women have been keeping heartbreaking secrets from one another. And as those secrets are revealed, Liv, Juliet, and Caitlin will see that it’s never too late—or too early—to heal family wounds and find forgiveness. [Goodreads Summary]

Why I want to read this: RaeAnne Thayne is one of my favorite romance authors and so when I came across this title, I immediately put it on my wish list. I enjoy stories involving multiple generations of women who must come together and let go of their secrets. Thayne has a way with bringing her characters to life and the issues these women face sound so real and relevant. This sounds like it will be a good one. 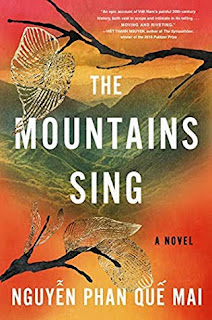 With the epic sweep of Min Jin Lee’s Pachinko or Yaa Gyasi’s Homegoing and the lyrical beauty of Vaddey Ratner’s In the Shadow of the Banyan, The Mountains Sing tells an enveloping, multigenerational tale of the Trần family, set against the backdrop of the Việt Nam War. Trần Diệu Lan, who was born in 1920, was forced to flee her family farm with her six children during the Land Reform as the Communist government rose in the North. Years later in Hà Nội, her young granddaughter, Hương, comes of age as her parents and uncles head off down the Hồ Chí Minh Trail to fight in a conflict that tore not just her beloved country, but her family apart.

Vivid, gripping, and steeped in the language and traditions of Việt Nam, The Mountains Sing brings to life the human costs of this conflict from the point of view of the Vietnamese people themselves, while showing us the true power of kindness and hope.

Why I want to read this: The time period and setting are enough to get my attention on their own. This being a multi-generational tale described as being "steeped in language and traditions" also is a big draw for me. From the country to the culture to the story of a family . . . I imagine this one will have me in tears long before the end. 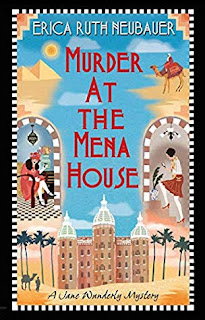 Well-heeled travelers from around the world flock to the Mena House Hotel--an exotic gem in the heart of Cairo where cocktails flow, adventure dispels the aftershocks of World War I, and deadly dangers wait in the shadows . . .

Egypt, 1926. Fiercely independent American Jane Wunderly has made up her mind: she won't be swept off her feet on a trip abroad. Despite her Aunt Millie's best efforts at meddling with her love life, the young widow would rather gaze at the Great Pyramids of Giza than into the eyes of a dashing stranger. Yet Jane's plans to remain cool and indifferent become ancient history in the company of Mr. Redvers, a roguish banker she can't quite figure out . . .

While the Mena House has its share of charming guests, Anna Stainton isn't one of them. The beautiful socialite makes it clear that she won't share the spotlight with anyone--especially Jane. But Jane soon becomes the center of attention when she's the one standing over her unintentional rival's dead body.

Now, with her innocence at stake in a foreign country, Jane must determine who can be trusted, and who had motive to commit a brutal murder. Between Aunt Millie's unusual new acquaintances, a smarmy playboy with an off-putting smile, and the enigmatic Mr. Redvers, someone has too many secrets. Can Jane excavate the horrible truth before her future falls to ruin in Cairo . . . and the body count rises like the desert heat? [Goodreads Summary]

Why I want to read this: A historical mystery set in Cairo! This sound sounds right up my alley.