Six Degrees of Separation: Daisy Jones & the Six to On the Come Up

I have missed participating in Six Degrees of Separation and am hoping to take part more consistently this year. Sometimes the titles come easily to me, and other times I know what direction I want to go and have to do a little research. While I try to use books I have read, that isn’t always the case. If it is a book I haven’t read, I choose books that are at least on my wish list or TBR mountain. 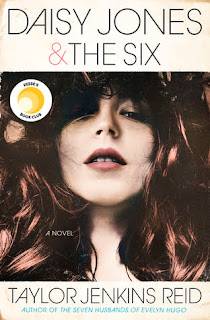 This month’s featured book is Daisy Jones & the Six by Taylor Jenkins Reid, which I hadn't heard of until recently when it began popping up on so many favorite books lists for 2019. Set in the 1960’s and 1970’s, this novel tells the story of Daisy and Billy and their rise to fame in a rock band. 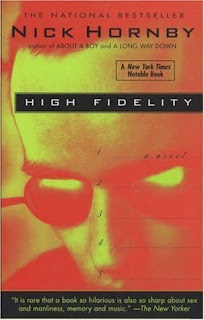 However loosely, I immediately thought of Nick Hornby’s High Fidelity about Rob who cannot keep a girlfriend for long and who escapes into pop music, works in a record store, and is still stuck on his last ex, Laura. The closest I have come to reading Nick Hornby is reading a couple of his essays, but I have long wanted to read this particular book. I even have a copy on my TBR shelf! From what I have read about Rob, he sounds like someone many of us can relate to, even if not his exact circumstances. At the very least, I can appreciate his love for music.

Record shops can make for great settings, especially for meeting possible love interests. It worked out that way for Natasha and Daniel in The Sun is Also a Star by Nicola Yoon. Daniel is an all-around good guy. He does his best to live up to his parents high expectations, but at heart, this Korean-American boy is a poet, something his parents do not understand. Natasha, on the other hand, is all about science and facts. Her family is in the United States illegally and facing deportation to Jamaica if she cannot find an attorney to help them. The two of them seem an unlikely match, especially under the circumstances, but sometimes opposites do attract. I adored this novel and Natasha and Daniel. 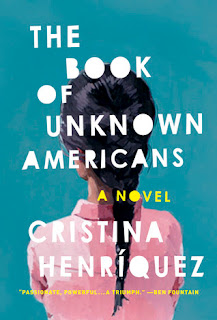 The Book of Unknown Americans by Cristina Henriquez also features an immigrant family. Natasha in The Sun is Also a Star really knows no other life than her life in America, much like that of Mayor in The Book of Unknown Americans. The Riveras have come to the United States from Mexico so their daughter, Maribel, can get better care after a near-fatal accident that left her with a brain injury. Maribel and Mayor, her neighbor form a friendship that evolves into something more over the course of the novel. The author gives the reader a glimpse into the struggles immigrant families have in terms of adapting to a new culture, finding a place in society, and the prejudices and obstacles they may face as a result. It is an emotional read, and one I highly recommend. 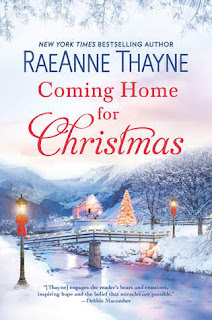 It may seem quite the leap to go from The Book of Unknown Americans to RaeAnne Thayne’s Coming Home For Christmas, but both share protagonists who have suffered brain injuries. I read the latter just this past fall. Elizabeth is in a terrible car crash that leaves her with memory loss and other health issues. She has been separated from her family for seven years, them not knowing whether she is alive or dead and her afraid to reach out to them. Now that her husband has found her, she and he have a lot of healing to do. Whether that means they renew their relationship or move on from there is just one of the decisions they face. RaeAnne Thayne is one of my favorite romance authors, and this one did not disappoint. 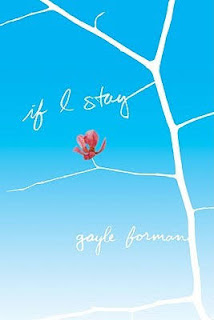 A car accident irrevocably changed Elizabeth’s life in Coming Home For Christmas, and it was a car accident that claimed the life of Mia’s family and has left her in limbo in If I Stay by Gayle Forman. Over the course of the novel, Mia reflects on her once perfect life and must decide whether she wants to continue to live or would rather die. It is a beautifully told story, that is both heartbreaking and inspiring. Music was a big part of Mia’s life and plays a large part in this young adult novel. 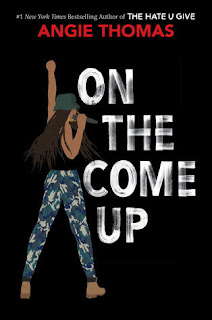 Which is why I am ending with On the Come Up by Angie Thomas, a novel about a sixteen year old girl who is hoping to become a famous rapper one day. Given all the obstacles Bri faces, it looks like it will be an uphill battle, but she is determined to reach the top on her own terms. I love the sound of this book and am looking forward to eventually reading it.

It seems fitting to end the chain which began with a novel about a legendary (fictional) rock band with one about an up and coming young star. Like the first and last books, all of the books in between involve characters who are facing what at times may seem like insurmountable odds.

Whew. That was a bit like putting together a puzzle. It is fun to do, and I hope you will consider participating if you haven’t before!

Have you read any of these books?