Books from the Backlog & Can't Wait Wednesday: The Dead Cat Bounce/Belle Révolte/Djinn Patrol on the Purple Line/The Body Under the Piano 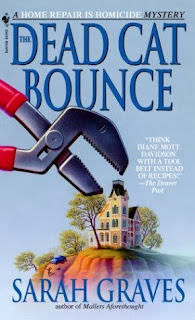 Since she bought her rambling old fixer-upper of a house, Jacobia Tiptree has gotten used to finding things broken. But her latest problem isn't so easily repaired. Along with the rotting floor joists and sagging support beams, there's the little matter of the dead man in Jake's storeroom, an ice pick firmly planted in his cranium.

Not much happens in her tiny Maine town, but that's about to change. Jake's unknown guest turns out to be a world-famous corporate raider, local boy turned billionaire Threnody McIlwaine. When Jake's best friend, quiet and dependable Ellie White, readily confesses to the murder, cops and journalists swarm into snowbound Eastport.

Jake smells a cover-up, and begins poking into past history between McIlwaine and Ellie's family. But someone doesn't like nosy neighbors...and Jake's rustic refuge may become her final resting place. [Goodreads Summary]

I purchased a copy of The Dead Cat Bounce in 2005 after reading about it in a bookish newsletter. I had heard good things about the author in an online book group I belonged to at the time, and decided to give the author a try. Only, I never actually read the book. Given my interest in cozy mysteries, I still think this is something I would enjoy.

Does this sound like something you would enjoy? Have you read anything by Sarah Graves? Have you tried this series? If so, what did you think? 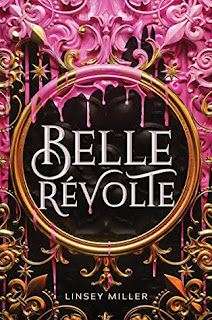 Emilie des Marais is more at home holding scalpels than embroidery needles and is desperate to escape her noble roots to serve her country as a physician. But society dictates a noble lady cannot perform such gruesome work.

Annette Boucher, overlooked and overworked by her family, wants more from life than her humble beginnings and is desperate to be trained in magic. So when a strange noble girl offers Annette the chance of a lifetime, she accepts.

Emilie and Annette swap lives—Annette attends finishing school as a noble lady to be trained in the ways of divination, while Emilie enrolls to be a physician’s assistant, using her natural magical talent to save lives.

But when their nation instigates a frivolous war, Emilie and Annette must work together to help the rebellion end a war that is based on lies. [Goodreads Summary]

Why I want to read this: This high fantasy YA novel caught my interest because I enjoy stories where characters swap lives. And I love the cover! 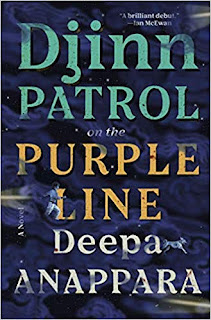 Djinn Patrol on the Purple Line by by Deepa Anappara
Release Date: 02/04/2020 by Random House

In this transporting debut novel, three friends venture into the most dangerous corners of a sprawling Indian city to find their missing classmate.

Down market lanes crammed with too many people, dogs, and rickshaws, past stalls that smell of cardamom and sizzling oil, below a smoggy sky that doesn’t let through a single blade of sunlight, and all the way at the end of the Purple metro line lies a jumble of tin-roofed homes where nine-year-old Jai lives with his family. From his doorway, he can spot the glittering lights of the city’s fancy high-rises, and though his mother works as a maid in one, to him they seem a thousand miles away. Djinn Patrol on the Purple Line plunges readers deep into this neighborhood to trace the unfolding of a tragedy through the eyes of a child as he has his first perilous collisions with an unjust and complicated wider world.

Jai drools outside sweet shops, watches too many reality police shows, and considers himself to be smarter than his friends Pari (though she gets the best grades) and Faiz (though Faiz has an actual job). When a classmate goes missing, Jai decides to use the crime-solving skills he has picked up from TV to find him. He asks Pari and Faiz to be his assistants, and together they draw up lists of people to interview and places to visit.

But what begins as a game turns sinister as other children start disappearing from their neighborhood. Jai, Pari, and Faiz have to confront terrified parents, an indifferent police force, and rumors of soul-snatching djinns. As the disappearances edge ever closer to home, the lives of Jai and his friends will never be the same again.

Drawing on real incidents and a spate of disappearances in metropolitan India, Djinn Patrol on the Purple Line is extraordinarily moving, flawlessly imagined, and a triumph of suspense. It captures the fierce warmth, resilience, and bravery that can emerge in times of trouble and carries the reader headlong into a community that, once encountered, is impossible to forget. [Goodreads Summary]

Why I want to read this: Deepa Anappara delves into the horror and tragedy of disappearing children, based on real events. This sounds like it will be an unforgettable and emotional read. 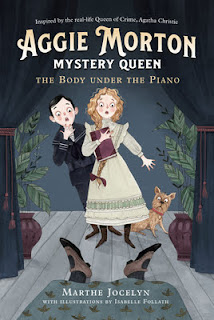 A smart and charming middle-grade mystery series starring young detective Aggie Morton and her friend Hector, inspired by the imagined life of Agatha Christie as a child and her most popular creation, Hercule Poirot. For fans of Lemony Snicket and The Wollstonecraft Detective Agency.

Aggie Morton lives in a small town on the coast of England in 1902. Adventurous and imaginative but deeply shy, Aggie hasn't got much to do since the death of her beloved father . . . until the fateful day when she crosses paths with twelve-year-old Belgian immigrant Hector Perot and discovers a dead body on the floor of the Mermaid Dance Room! As the number of suspects grows and the murder threatens to tear the town apart, Aggie and her new friend will need every tool at their disposal -- including their insatiable curiosity, deductive skills and not a little help from their friends -- to solve the case before Aggie's beloved dance instructor is charged with a crime Aggie is sure she didn't commit.

Filled with mystery, adventure, an unforgettable heroine and several helpings of tea and sweets, The Body Under the Piano is the clever debut of a new series for middle-grade readers and Christie and Poirot fans everywhere, from a Governor General's Award--nominated author of historical fiction for children. [Goodreads Summary]