Books from the Backlog & Can't Wait Wednesday: I'm Not Scared/The Book of Candlelight/The Lost Book of Adana Moreau/Shall We Dance?

One of the first bloggers I followed when I began blogging 13 1/2 years ago was Kimberly Forrester aka Kimbofo of Reading Matters. She was using Typepad at the time. In 2007, She featured a book called I'm Not Scared by Niccolò Ammaniti. You can find her review here. Her review was enough to convince me to buy a copy and add it to my TBR pile. It is also one of those books that I feel like I have to be in the right mood for. It sounds like a heart-wrenching and thought provoking book. 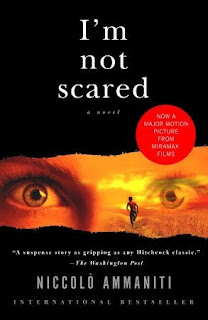 In this immensely powerful, lyrical and skillfully narrated novel, set in southern Italy, nine year-old Michele discovers a secret so momentous, so terrible, that he daren’t tell anyone about it.

The hottest summer of the twentieth century. A tiny community of five houses in the middle of wheat fields. While the adults shelter indoors, six children venture out on their bikes across the scorched, deserted countryside.

In the midst of that sea of golden wheat, nine year-old Michele Amitrano discovers a secret so momentous, so terrible, that he daren’t tell anyone about it. To come to terms with it he will have to draw strength from his own imagination and sense of humanity. The reader witnesses a dual story: the one that is seen through Michele's eyes, and the tragedy involving the adults of this isolated hamlet.  [Goodreads Summary]

Does this sound like something you would like to read? Have you read it? If so, what did you think? 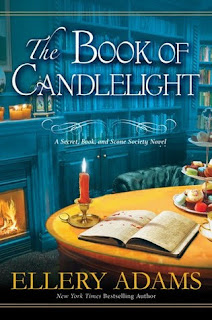 In the new Secret, Book, and Scone Society novel from New York Times bestselling author Ellery Adams, the rain in Miracle Springs, North Carolina, has been relentless—and a flood of trouble is about to be unleashed . . .

As the owner of Miracle Books, Nora Pennington figures all the wet weather this spring is at least good for business. The local inns are packed with stranded travelers, and among them Nora finds both new customers and a new friend, the sixtysomething Sheldon, who starts helping out at the store.

Since a little rain never hurt anyone, Nora rides her bike over to the flea market one sodden day and buys a bowl from Danny, a Cherokee potter. It’ll make a great present for Nora’s EMT boyfriend, but the next day, a little rain turns into a lot of rain, and the Miracle River overflows it banks. Amid the wreckage of a collapsed footbridge, a body lies within the churning water.

Nora and the sheriff both doubt the ruling of accidental drowning, and Nora decides it’s time for the Secret, Book, and Scone Society to spring into action. When another body turns up, it becomes clearer that Danny’s death can’t be blamed on a natural disaster. A crucial clue may lie within the stone walls of the Inn of Mist and Roses: a diary, over a century old and spattered with candle wax, that leads Nora and her friends through a maze of intrigue—and onto the trail of a murderer . . . [Goodreads Summary]

Why I want to read this: Yet another series I have yet to start, but really want to. I had better hurry up before too many more books come out! I love the idea of this cozy mystery series. 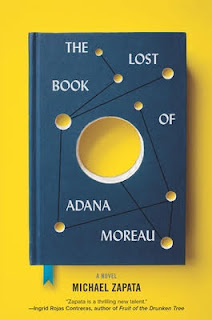 The mesmerizing story of a Latin American science fiction writer and the lives her lost manuscript unites decades later in post-Katrina New Orleans.

In 1929 in New Orleans, a Dominican immigrant named Adana Moreau writes a science fiction novel titled Lost City. It is a strange and beautiful novel, set in a near future where a sixteen-year-old Dominican girl, not all that unlike Adana herself, searches for a golden eternal city believed to exist somewhere on a parallel Earth. Lost City earns a modest but enthusiastic readership, and Adana begins a sequel. Then she falls gravely ill. Just before she dies, she and her son, Maxwell, destroy the only copy of the manuscript.

Decades later in Chicago, Saul Drower is cleaning out his dead grandfather’s home when he discovers a mysterious package containing a manuscript titled A Model Earth, written by none other than Adana Moreau.

Who was Adana Moreau? How did Saul’s grandfather, a Jewish immigrant born on a steamship to parents fleeing the aftershocks of the Russian Revolution, come across this unpublished, lost manuscript? Where is Adana Moreau’s mysterious son, Maxwell, a theoretical physicist, and why did Saul’s grandfather send him the manuscript as his final act in life? With the help of his friend Javier, Saul tracks down an address for Maxwell in New Orleans, which is caught at that moment in the grip of Hurricane Katrina. Unable to reach Maxwell, Saul and Javier head south through the heartland of America toward that storm-ravaged city in search of answers.

Blending the high-stakes mystery of The Shadow of the Wind, the science fiction echoes of Exit West, and the lyrical signatures of Bolaño and Márquez, Michael Zapata’s debut shines a breathtaking new light on the experiences of displacement and exile that define our nation. The Lost Book of Adana Moreau is a brilliantly layered masterpiece that announces the arrival of a bold new literary talent. [Goodreads Summary] 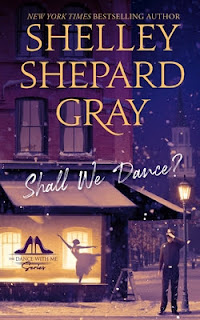 Shall We Dance? (Dance With Me #1) by Shelley Shepard Gray
Release Date: 01/28/2020 by Blackstone Publishing

At twenty-seven, Shannon Murphy has just discovered that she has two sisters she never knew. Now, through Shannon's loving persistence, the three of them are moving in together above her dance studio in Bridgeport. Shannon is excited to make a home with her sisters and to grow her budding business. Then she meets her newest client--he has all the right muscles, a perfect smile, and a lot of attitude. Will Shannon be able to keep things professional with this charming stranger?

Dylan Lange has a lot on his mind. He's just been assigned a new partner at his job with the Bridgeport Police, and while he's busy striving to protect and serve his town, he's also trying to keep his baby sister out of harm's way while she heals from her own trauma. And on top of everything else, he's gone and lost a bet with his buddies, forcing him to take dance lessons. But when he walks into the dance studio to meet his instructor, a young and beautiful brunette with a sweet southern drawl is the last person he expected to find.

Get ready to fall in love again as Shelley Shepard Gray takes us back to Bridgeport, Ohio, where nobody gets left behind and a powerful community helps ordinary men and women to find extraordinary strength inside themselves. [Goodreads Summary]

Why I want to read this: So I admit my initial interest in this novel had everything to do with the cover featuring a ballerina. It does sound like a sweet story. The dance studio aspect doesn't hurt. I am looking forward to giving this one a try.