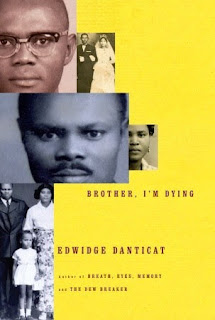 From the best-selling author of The Dew Breaker, a major work of nonfiction: a powerfully moving family story that centers around the men closest to Danticat's heart - her father, Mira, and his older brother, Joseph.

From the age of four, Edwidge Danticat came to think of her uncle Joseph, a charismatic pastor, as her “second father,” when she was placed in his care after her parents left Haiti for a better life in America. Listening to his sermons, sharing coconut-flavored ices on their walks through town, roaming through the house that held together many members of a colorful extended family, Edwidge grew profoundly attached to Joseph. He was the man who “knew all the verses for love.”

And so she experiences a jumble of emotions when, at twelve, she joins her parents in New York City. She is at last reunited with her two youngest brothers, and with her mother and father, whom she has struggled to remember. But she must also leave behind Joseph and the only home she’s ever known.

Edwidge tells of making a new life in a new country while fearing for the safety of those still in Haiti as the political situation deteriorates. But Brother, I’m Dying soon becomes a terrifying tale of good people caught up in events beyond their control. Late in 2004, his life threatened by an angry mob, forced to flee his church, the frail, eighty-one-year-old Joseph makes his way to Miami, where he thinks he will be safe. Instead, he is detained by U.S. Customs, held by the Department of Homeland Security, brutally imprisoned, and dead within days. It was a story that made headlines around the world. His brother, Mira, will soon join him in death, but not before he holds hope in his arms: Edwidge’s firstborn, who will bear his name—and the family’s stories, both joyous and tragic—into the next generation.

Told with tremendous feeling, this is a true-life epic on an intimate scale: a deeply affecting story of home and family—of two men’s lives and deaths, and of a daughter’s great love for them both. [Goodreads Summary]

Why I want to read this: I fell in love with Edwidge Danticat's novels years ago and bought this one around the time I had discovered her work. This heartbreaking memoir offers a glimpse into her life, and is one I am looking forward to reading.

Have you read this one? If so, what did you think? 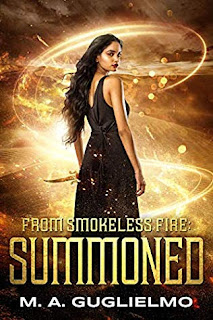 The wrong jinn at the right time, Zahara’s a force to be reckless with Zahara, party girl of the paranormal, floats up out of a lamp in Daniel Goldstein‘s apartment ready to trick a sorcerer into giving up his soul. But Daniel, whose Moroccan grandmother has reached out from beyond the grave to command him to raise a jinn, wants to do good—by stopping a vengeful fallen angel.

The nymphomaniacal, shopping-obsessed Zahara isn’t the otherworldly ally Daniel had in mind. A do-gooder with a dangerous quest isn’t what Zahara’s looking for, either.

Stuck in a magical contract with each other, the two travel to Morocco, where Zahara’s handsome friend Zaid, a jinn who’s converted to Islam, reluctantly joins their quest. As Daniel and Zaid struggle against jinn-hunting mercenaries and their attraction to one other, Zahara is forced to join forces with the fallen angel’s gorgeous but infuriating brother to stop a cataclysmic war between the human and jinn worlds. [Goodreads Summary]

Why I want to read this: So maybe I watched Aladdin too many times recently and suddenly want to read all the books about the jinn. This is nothing like Aladdin, however. This sounds much more dangerous and exciting. 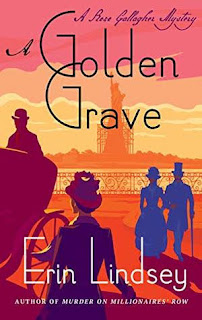 Rose Gallagher always dreamed of finding adventure, so her new life as a freshly-minted Pinkerton agent ought to be everything she ever wanted. Only a few months ago, she was just another poor Irish housemaid from Five Points; now, she’s learning to shoot a gun and dance the waltz and throw a grown man over her shoulder. Better still, she’s been recruited to the special branch, an elite unit dedicated to cases of a paranormal nature, and that means spending her days alongside the dashing Thomas Wiltshire.

But being a Pinkerton isn’t quite what Rose imagined, and not everyone welcomes her into the fold. Meanwhile, her old friends aren’t sure what to make of the new Rose, and even Thomas seems to be having second thoughts about his junior partner. So when a chilling new case arrives on Rose’s doorstep, she jumps at the chance to prove herself – only to realize that the stakes are higher than she could have imagined. Six delegates have been murdered at a local political convention, and the police have no idea who–or what–is responsible. One thing seems clear: The killer’s next target is a candidate for New York City mayor, one Theodore Roosevelt.

Convinced that something supernatural is afoot, Rose and Thomas must track down the murderer before Roosevelt is taken out of the race–permanently. But this killer is unlike any they’ve faced before, and hunting him down will take them from brownstones to ballrooms to Bowery saloons. Not quite comfortable anywhere, Rose must come to terms with her own changed place in society–and the fact that some would do anything to see her gone from it entirely. [Goodreads Summary]

Why I want to read this: A female Pinkerton agent. Isn't that reason enough? 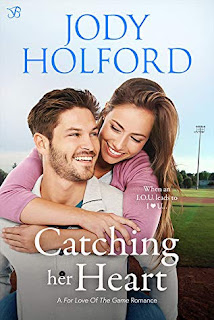 When a beautiful brunette driver meets Nashville Slammers catcher, Sawyer McBain, at the airport, he figures it's his lucky day. Sure, he's usually pretty guarded around people, especially after what happened with his ex, but he can definitely enjoy the car ride. Until she passes his apartment...and keeps driving. All of a sudden the woman seems a lot less like romance material and a lot more like a kidnapper. What gives?

Slammers executive Addison Carlisle needs one little favor. Sure, she may have kinda maybe kidnapped one of her professional baseball players, but it’s for a really good cause. She desperately needs someone high-profile to auction off that night for the multiple sclerosis society she’s chairing, but he insists he wants a favor in return.

Soon Addie and Sawyer are trading completely ridiculous I.O.U.s, like being his plus-one to his grandmother's poker game or keeping each other company at the driving range. But when their agreement goes from flirty to fiery, neither is ready to let their guard down for a shot at love. [Goodreads Summary]

Why I want to read this: At first glance, I wasn't sure about the whole kidnapping aspect, but the playfulness of the couple swapping favors as they fall for each other was just too cute a premise to pass up. Besides, I might have a soft spot for catchers.

Do any of these appeal to you? What upcoming releases are you looking forward to?