This week's Top Ten Tuesday topic is the Series I’ve Given Up On . . . Or Not.  I am a series junkie, it's true. I start series constantly and follow through with so few. Not because I do not want to. Just because I am always starting new ones . . . I really need to focus on the series I have started and stick with them. Someday, perhaps.

I am only including series of which I read more than one book otherwise the list might be much longer.

1. The Vampire Chronicles by Anne Rice ~ I really liked the books I read many years ago, but I lost interest in the them over time. Add to that the author's behavior towards readers who might have something negative to say about her books, and I would rather stay away.

2. Patricia Cornwell's Kay Scarpetta series ~ This was once an auto-buy series for me.  Until it wasn't. I burnt out on this series around book 13. By then I had lost interest in the series, kept finding fault with the writing, and did not like the direction the author had taken some of the characters.

3. The Anita Blake series by Laurel K. Hamilton ~ This series was my introduction into urban fantasy and paranormal romance. I devoured the early books in the series, but when the books veered more toward romance and less toward mystery, I lost interest. I read fourteen of the books in the series, which I believe is up to 28.

4. Deadly Angel series by Sandra Hill ~ I read the first two books in this series and that was enough for me. I just didn't see the appeal. (And I couldn't stop giggling every time I came across the word "Vangels" used to describe the vampire/angel male leads.)

5. Greg Rucka's Atticus Kodiak series ~ Atticus is a kick-ass bodyguard in New York City for those who may not know. I read almost all of the books in this series  and am not really sure why. I liked them to a point, but they really were not to my taste. A bit too much testosterone, maybe.

6. The Flame Sea series by Jean Johnson ~ I read the first two books in this fantasy series earlier this year. It just wasn't for me.

7. James Patterson's Alex Cross  series ~ I enjoyed his books for a time, but I think I just burnt out on the series.

8. Jonathan Kellerman's Alex Delaware, child psychologist, series ~ Another favorite series of mine for awhile there until I got burnt out on it. I think I stopped after reading the 20th book in the series. I sometimes think of going back and reading more, but it has not happened yet.

9. Stephanie Plum, bounty hunter, series by Janet Evanovich ~ This one had me under it's spell for awhile. I could count on a good laugh just about every time. And it was a guarantee a car would blow up in every book. After awhile though, the books felt the same and I grew tired of Stephanie's playing both Ranger and Joe Morelli. I sometimes think of trying again this one. Maybe she finally chose a guy in a later book? One can hope . . .

10. Anne Perry's Charlotte and Inspector Pitt series ~ I used to binge read this series, reading multiple books at a time. I love the attention to period details Perry puts into each book. I am not really sure why I set this series aside. The series was beginning to become more political than it had been, and that may have ultimately been the deciding factor. Now that the author has started a series about their son, I have been considering going back and picking up where I left off with this one.


Series I said I would stop reading after the first book, but am still reading 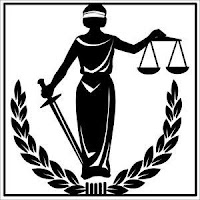 In Death series by J.D. Robb ~ After reading the first book in the series, I had decided not to read any further. Then I listened to the audio version and enjoyed it much more. I have since listened to the second book and also liked it. I have the next several books on my phone to listen to now. It wasn't so bad after all . . .

Linda Fairstein's Alexandra Cooper series - Another series in which I decided not to continue after reading the first book. And then I heard the author speak at the Los Angeles Times Festival of Books and decided to give her series featuring Assistant District Attorney Alex Cooper another try. I have been hooked ever since. I have read sixteen books in the series to date.


Have you read any of these series? Are there any series you have given up on that you read more than one book in?