These three titles featured here all appeal to me for different reasons. The road trip promising a charming and funny story; the historical cozy set in Paris; and an urban fantasy with a bit of family drama and a mystery thrown in. I haven't actually read any of the previous books in either the Amory Ames series or the October Daye series yet, and so will have to decide if these are two I can jump right into or if I'll need to start from the beginning. (If you've read either series, let me know what you think!) 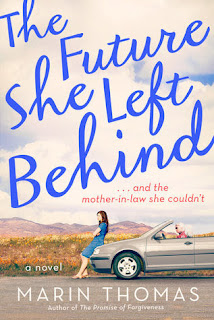 The Future She Left Behind by Marin Thomas (352 pgs)
Release Date: September 5, 2017 by Berkley


One woman's journey home gets derailed by her soon-to-be ex-mother-in-law in a novel filled with humor, small-town charm, rekindled love, and the resilient ties of family.

Cast aside by her cheating husband, Katelyn Chandler is ready to pack it all in and drive home to Little Springs, Texas. She wants a chance to regroup, reconnect with her mother, and get back to her art.

But Shirley Pratt--master manipulator, elitist snob, and Katelyn's terror of a live-in monster-in-law--has other ideas. Shirley insists on joining Katelyn's trip after her son tries to pack her off to a retirement community. Katelyn has no choice but to play peacekeeper between the ornery old woman and the proud matrons of Little Springs. Yet the small town seems to be changing Shirley. And as Katelyn weighs the wisdom of picking up where she left off with Jackson Mendoza, the town bad boy and her high school sweetheart, she must find a way to believe in the strength of her dreams. [Goodreads Summary] 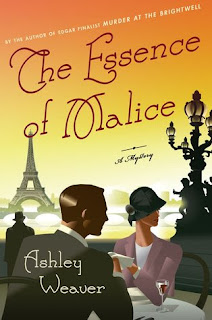 The Essence of Malice by Ashley Weaver (320 pgs)

The fourth installment in the Edgar-nominated mystery series set in 1930s England.

When Milo Ames receives a troubling letter from his childhood nanny, Madame Nanette, he and Amory travel to Paris where they are soon embroiled in a mystery surrounding the death of a famous parfumier. Helios Belanger died suddenly, shortly before the release of his newest, highly-anticipated perfume, and Madame Nanette, who works for the family, is convinced that her employer’s death was not due to natural causes.

The more Amory and Milo look into the motives of industry rivals and the Belanger heirs who are vying for control of his perfume empire, the more they are convinced that Nanette may be right. When secrets unfold and things take a dangerous turn, Amory and Milo must work quickly to uncover the essence of the matter and catch a killer before the scent goes cold. [Goodreads Summary] 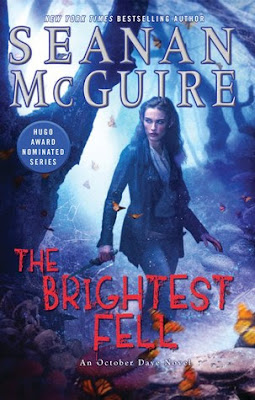 For once, everything in October “Toby” Daye’s life seems to be going right. There have been no murders or declarations of war for her to deal with, and apart from the looming specter of her Fetch planning her bachelorette party, she’s had no real problems for days. Maybe things are getting better.

Because suddenly Toby’s mother, Amandine the Liar, appears on her doorstep and demands that Toby find her missing sister, August. But August has been missing for over a hundred years and there are no leads to follow. And Toby really doesn’t owe her mother any favors.

Then Amandine starts taking hostages, and refusal ceases to be an option. [Goodreads Summary]