Where Is Your Bookmark: My Recent Read & Dystopia or Utopia?

It's often a man's mouth that breaks his nose, my uncle Mick was fond of saying, and the bloke in front of me was doing his best to test the theory. [opening of The Key to Deceit by Ashley Weaver]

I was awakened at the crack of dawn by a sharp rapping on the door of my flat. I looked at my clock. It was five in the morning. [excerpt from 56% of The Key to Deceit]

I love that first line. Isn't it the truth sometimes?  These excerpts come from an early release copy of Ashley Weaver's The Key to Deceit. I really enjoyed the first book in the series, A Peculiar Combination, and was excited to start this one. 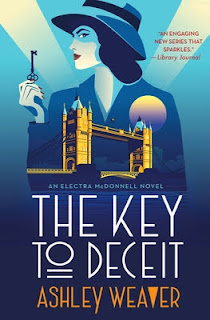 The second in the Electra McDonnell series from Edgar-nominated author Ashley Weaver, The Key to Deceit, is a delightful World War II mystery filled with spies, murder, romance, and wit.
London, 1940. After years of stealing from the rich and giving to the poor—well, to themselves, anyway—Ellie McDonnell and her family have turned over a new leaf as they help the government’s war effort. It’s true that the straight-laced Major Ramsey didn’t give them much choice, but still, Ellie must admit she doesn’t miss breaking and entering as much as she might have thought. What she does miss is the challenge of unlocking an impossible code and the adrenaline rush that comes from being somewhere she shouldn’t.
So when Major Ramsey turns up unannounced with another job, she can’t say no. A woman’s body has been found floating in the Thames, with a bracelet locked onto her wrist, and a cameo locket attached to it. It’s clear this woman was involved in espionage, but whose side was she on? Who was she reporting to? And who wanted her dead?

Does this sound like something you would enjoy? Did you read the first book in the series?

This is actually last week's Book Blogger Hop question, but it gave me an idea for this week's Connect Five feature and so I decided to include it here. There is often a fine line between utopian and dystopian societies. The idea of a clean utopia may sound good on the surface, but underneath there always seems to lurk something darker; we see this a lot in fiction--and even when looking at real life communities that carry that promise. Cults, anyone? There's another way of looking at it too. For those on the inside, life may seem like a utopia, but for those on the outside . . . not so much.  If recent years are anything to go by, a frenzied dystopia is more likely--some would even argue we are already there.

Five books I enjoyed reading that fit the dystopia/utopia theme: 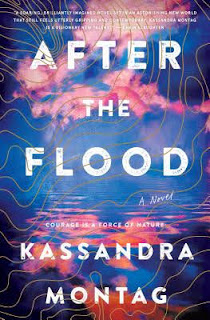 After the Flood by Kassandra Montag 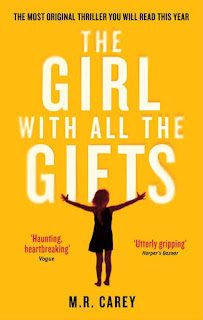 The Girl with All the Gifts by M.R. Carey 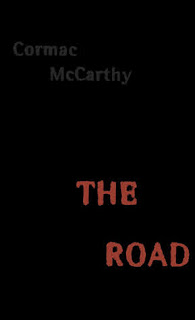 The Road by Cormac McCarthy 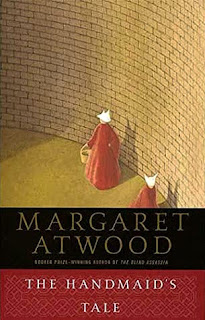 The Handmaid's Tale by Margaret Atwood

Connect Five Friday is a weekly meme where readers share a list of five books,
read or unread, or bookish things, that share a common theme.
Hosted by the  Kathryn of of Book Date.
What are some of your favorite dystopia and/or utopia novels?
I hope you all have a wonderful weekend! Be sure and tell me what you are reading and are up to!