Waiting to Read Wednesday: While We Were Dating / Silence in the Library / The Final Girl Support Group / The Word Exchange 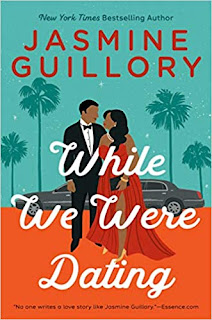 While We Were Dating (The Wedding Date #6) by Jasmine Guillory
Release Date: July 13, 2021 by Berkley

Two people realize that it's no longer an act when they veer off-script in this sizzling romantic comedy by New York Times bestselling author Jasmine Guillory.

Ben Stephens has never bothered with serious relationships. He has plenty of casual dates to keep him busy, family drama he's trying to ignore and his advertising job to focus on. When Ben lands a huge ad campaign featuring movie star Anna Gardiner, however, it's hard to keep it purely professional. Anna is not just gorgeous and sexy, she's also down to earth and considerate, and he can't help flirting a little...

Anna Gardiner is on a mission: to make herself a household name, and this ad campaign will be a great distraction while she waits to hear if she's booked her next movie. However, she didn't expect Ben Stephens to be her biggest distraction. She knows mixing business with pleasure never works out, but why not indulge in a harmless flirtation?

But their lighthearted banter takes a turn for the serious when Ben helps Anna in a family emergency, and they reveal truths about themselves to each other, truths they've barely shared with those closest to them.

When the opportunity comes to turn their real-life fling into something more for the Hollywood spotlight, will Ben be content to play the background role in Anna's life and leave when the cameras stop rolling? Or could he be the leading man she needs to craft their own Hollywood ending? [Goodreads Summary]

Why I want to read this: I have read a couple of Jasmine Guillory's novels in the is series and enjoyed them. This one sounds good too! 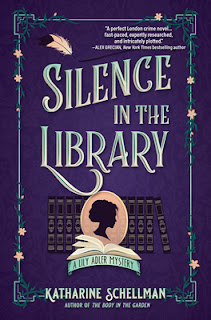 Regency widow Lily Adler didn't expect to find a corpse when visiting a family friend. Now it's up to her to discover the killer in the charming second installment in the Lily Adler mysteries.

Regency widow Lily Adler has just started to feel settled into her new London home when her semi-estranged father arrives, intending to stay with her while he recovers from an illness. To placate and avoid him, she takes his place in a social visit with Lady Wyatt, a woman Lily doesn't know. But when Lily arrives for her second visit, she finds the household in an uproar: Sir Charles, Lady Wyatt's much older husband and a friend of Lily's father, is dead in his library. All signs indicate that he tripped and struck his head on the mantelpiece. But when Bow Street constable Simon Page is called to the scene, he suspects that Sir Charles was murdered.

Mr. Page was there when Lily caught her first murderer, and he trusts her insight into the world of London's upper class. With the help of Captain Jack Hartley, they piece together the reasons that Sir Charles' wife, sons, and nephew might have wanted him dead. But everyone who might have profited from the old man's death seems to have an alibi. With no clear suspect, the trio nearly conclude that the death was an accident after all... until Lily receives a mysterious summons to speak with one of the Wyatts' maids, only to find the young woman dead from poison when she arrives.

Mr. Page believes the surviving family members are hiding the key to Sir Charles' death, and it isn't long before Lily realizes that her father may know what it is. To uncover the truth, Lily must convince the father who doesn't trust or respect her to help catch his friend's killer before anyone else in the Wyatt household dies. [Goodreads Summary]

Why I want to read this: I love a good historical mystery and when I came across this title, I knew I had to add it to my wish list. I have not read the first book though--so that is going on the list too! 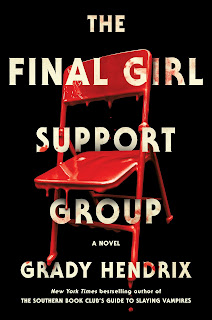 A fast-paced, thrilling horror novel that follows a group of heroines to die for, from the brilliant New York Times bestselling author of The Southern Book Club's Guide to Slaying Vampires.
In horror movies, the final girl is the one who's left standing when the credits roll. The one who fought back, defeated the killer, and avenged her friends. The one who emerges bloodied but victorious. But after the sirens fade and the audience moves on, what happens to her?

Lynnette Tarkington is a real-life final girl who survived a massacre twenty-two years ago, and it has defined every day of her life since. And she's not alone. For more than a decade she's been meeting with five other actual final girls and their therapist in a support group for those who survived the unthinkable, putting their lives back together, piece by piece. That is until one of the women misses a meeting and Lynnette's worst fears are realized--someone knows about the group and is determined to take their lives apart again, piece by piece.

But the thing about these final girls is that they have each other now, and no matter how bad the odds, how dark the night, how sharp the knife, they will never, ever give up.
[Goodreads Summary]

Why I want to read this: Horror is not one of my go to genres, movie or book wise, but occasionally I dip in when the mood calls for it. I really liked The Southern Book Club's Guide to Slaying Vampires and there is just something about the sound of The Final Girls Support Group that says, "Read me!" and so on the wish list it goes.
Do any of these books interest you? What upcoming releases are you looking forward to reading?
★                          ★                          ★
The Old(er)
I have an embarrassing number of unread books sitting on the shelves in my personal library. Carole of Carole's Random Life in Books has given me the perfect excuse to spotlight and discuss those neglected books in her Books from the Backlog feature. After all, even those older books need a bit of love! Not to mention it is reminding me what great books I have waiting for me under my own roof still to read! 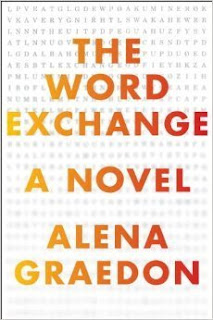 In the not-so-distant future, the forecasted “death of print” has become a reality. Bookstores, libraries, newspapers, and magazines are things of the past, and we spend our time glued to handheld devices called Memes that not only keep us in constant communication but also have become so intuitive that they hail us cabs before we leave our offices, order takeout at the first growl of a hungry stomach, and even create and sell language itself in a marketplace called the Word Exchange.

Anana Johnson works with her father, Doug, at the North American Dictionary of the English Language (NADEL), where Doug is hard at work on the last edition that will ever be printed. Doug is a staunchly anti-Meme, anti-tech intellectual who fondly remembers the days when people used email (everything now is text or videoconference) to communicate—or even actually spoke to one another, for that matter. One evening, Doug disappears from the NADEL offices, leaving a single written clue: ALICE. It’s a code word he devised to signal if he ever fell into harm’s way. And thus begins Anana’s journey down the proverbial rabbit hole . . .

Joined by Bart, her bookish NADEL colleague, Anana’s search for Doug will take her into dark basements and subterranean passageways; the stacks and reading rooms of the Mercantile Library; and secret meetings of the underground resistance, the Diachronic Society. As Anana penetrates the mystery of her father’s disappearance and a pandemic of decaying language called “word flu” spreads, The Word Exchange becomes a cautionary tale that is at once a technological thriller and a meditation on the high cultural costs of digital technology.  [Goodreads Summary]

Why I want to read this: I cannot imagine a world without libraries and bookstores. The advent of e-books brought with it the fear it would mean the end of print books. Of course, we know that is not true. The Word Exchange landed on my TBR shelf in 2014 because this dystopian mystery appealed to me. It has not gotten the best reviews, which is what ultimately has kept in on the shelf and given me doubts about whether I will in fact read it.

Have you read The Word Exchange?  Does this book sound like something you would like to read?
© 2021, Musings of a Bookish Kitty. All Rights Reserved. If you're reading this on a site other than Musings of a Bookish Kitty or Wendy's feed, be aware that this post has been stolen and is used without permission.t permission.
Posted by Literary Feline at 7/06/2021 09:00:00 PM