Waiting to Read Wednesday: The Archive of the Forgotten / Magic Lessons / When We Were Young & Brave 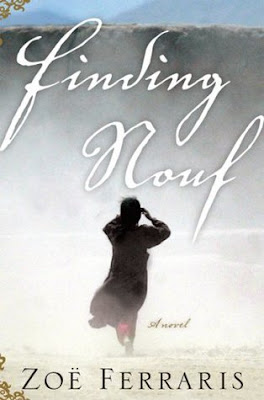 A novel of taut psychological suspense, offering an unprecedented window into Saudi Arabia and the lives of the men and women who live there.

Zoë Ferraris’s electrifying debut of taut psychological suspense offers an unprecedented window into Saudi Arabia and the lives of men and women there.

When sixteen-year-old Nouf goes missing, along with a truck and her favorite camel, her prominent family calls on Nayir al-Sharqi, a desert guide, to lead a search party. Ten days later, just as Nayir is about to give up in frustration, her body is discovered by anonymous desert travelers. But when the coroner’s office determines that Nouf died not of dehydration but from drowning, and her family seems suspiciously uninterested in getting at the truth, Nayir takes it upon himself to find out what really happened to her.

This mission will push gentle, hulking, pious Nayir, a Palestinian orphan raised by his bachelor uncle, to delve into the secret life of a rich, protected teenage girl -- in one of the most rigidly gender-segregated of Middle Eastern societies. Initially horrified at the idea of a woman bold enough to bare her face and to work in public, Nayir soon realizes that if he wants to gain access to the hidden world of women, he will have to join forces with Katya Hijazi, a lab worker at the coroner’s office. Their partnership challenges Nayir, bringing him face to face with his desire for female companionship and the limitations imposed by his beliefs. It also ultimately leads them both to surprising revelations.

Why I want to read this: I had mentioned an interest in reading this one to a fellow blogger, and she was kind enough to give me her copy when we met at the L.A. Times Festival of Books in 2009. Sadly, I have yet to read it. I enjoy mysteries set in other countries and cultures, and definitely do want to read this one still at some point. 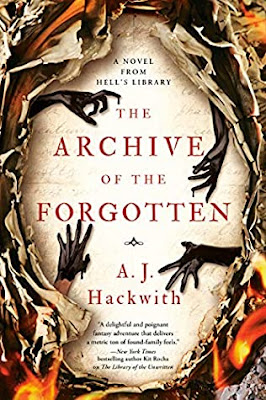 In the second installment of this richly imagined fantasy adventure series, a new threat from within the Library could destroy those who depend upon it the most.

The Library of the Unwritten in Hell was saved from total devastation, but hundreds of potential books were destroyed. Former librarian Claire and Brevity the muse feel the loss of those stories, and are trying to adjust to their new roles within the Arcane Wing and Library, respectively. But when the remains of those books begin to leak a strange ink, Claire realizes that the Library has kept secrets from Hell--and from its own librarians.

Claire and Brevity are immediately at odds in their approach to the ink, and the potential power that it represents has not gone unnoticed. When a representative from the Muses Corps arrives at the Library to advise Brevity, the angel Rami and the erstwhile Hero hunt for answers in other realms. The true nature of the ink could fundamentally alter the afterlife for good or ill, but it entirely depends on who is left to hold the pen. [Goodreads Summary]

Why I want to read this: I really liked the first book in this series and am eager to return to the Library of the Unwritten--even if not hell itself. 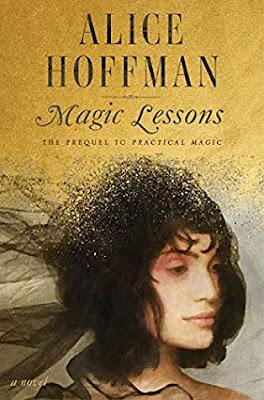 From New York Times bestselling author Alice Hoffman comes the origin story of her beloved novel and basis for the cult classic film Practical Magic—taking us on a captivating journey to the Salem witch trials, featuring the indomitable matriarch of the Owens family, Maria.

It’s no secret that love has plagued the Owens family for centuries. But when did the curse begin, and why? It all began with Maria Owens, who arrived in America in 1680, with a baby in tow…

Born with pitch-black hair and pale green eyes, Maria was abandoned in the English countryside by her birth mother and raised by Hannah Owens who warned her, “Always love someone who will love you back.” She inherits Hannah’s Grimoire—a magical book of enchantments that include instructions to heal illnesses, ingredients for soaps that restore youth, and spells that make a person burn with love for another. When Hannah dies in an attack, Maria leaves for Curacao, where she meets John Hathorne, a magistrate from Salem living freely for the first time in his life as he falls in love with Maria. But Hathorne soon abandons her, before Maria realizes she’s pregnant. When she gives birth to a red-headed baby girl, Faith, who possesses immense magical talent, Maria embarks on a voyage to Salem to face her destiny, with or without magic.

But aboard the ship bringing her to America, fate intervenes and she meets a man who will change her life, if she’ll only let him. Her journey, laced with secrets and truths, devastation and joy, magic and curses, will show her that love is the only answer, always. [Goodreads Summary]

Why I want to read this: I really enjoyed Practical Magic and am in the middle of reading The Rules of Magic. Is it any wonder I would want to read read this one too? 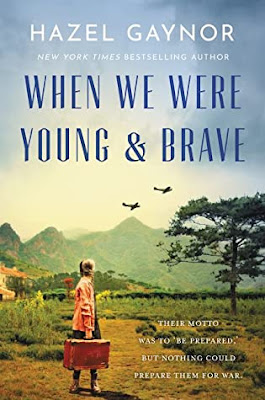 When We Were Young & Brave by Hazel Gaynor
Release Date: October 6, 2020 by William Morrow

Their motto was to be prepared, but nothing could prepare them for war. . .

China, December 1941. Having left an unhappy life in England for a teaching post at a missionary school in northern China, Elspeth Kent is now anxious to return home to help the war effort. But as she prepares to leave China, a terrible twist of fate determines a different path for Elspeth, and those in her charge.

Ten-year-old Nancy Plummer has always felt safe at Chefoo School, protected by her British status. But when Japan declares war on Britain and America, Japanese forces take control of the school and the security and comforts Nancy and her friends are used to are replaced by privation, uncertainty and fear. Now the enemy, and separated from their parents, the children look to their teachers – to Miss Kent and her new Girl Guide patrol especially – to provide a sense of unity and safety.

Faced with the relentless challenges of oppression, the school community must rely on their courage, faith and friendships as they pray for liberation – but worse is to come when they are sent to a distant internment camp where even greater uncertainty and danger await . . .

Inspired by true events, When We Were Young & Brave is an unforgettable novel about impossible choices and unimaginable hardship, and the life-changing bonds formed between a young girl and her teacher in a remote corner of a terrible war. [Goodreads Summary]

Why I want to read this: I will read anything Hazel Gaynor writes, but this novel appeals to be even more so because of the setting--both location and time period. If this is anything like Gaynor's other books, I know it will leave me in tears more than once.
Do any of these books interest you? What upcoming releases are you looking forward to reading?