Waiting to Read Wednesday: Kill Without Mercy, Kingdom of Exiles, Dear Wife, & A Family of Strangers 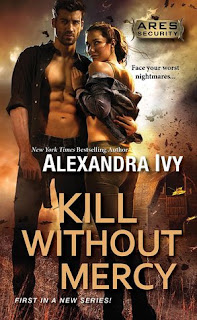 From the hellhole of a Taliban prison to sweet freedom, five brave military heroes have made it home—and they’re ready to take on the civilian missions no one else can. Individually they’re intimidating. Together they’re invincible. They’re the men of ARES Security.

Rafe Vargas is only in Newton, Iowa, to clear out his late grandfather’s small house. As the covert ops specialist for ARES Security, he's eager to get back to his new life in Texas. But when he crosses paths with Annie White, a haunted beauty with skeletons in her closet, he can't just walk away—not when she’s clearly in danger…

There’s a mysterious serial killer on the loose with a link to Annie’s dark past. And the closer he gets, the deeper Rafe’s instinct to protect kicks in. But even with his considerable skill, Annie’s courage, and his ARES buddies behind him, the slaying won’t stop. Now it’s only a matter of time before Annie’s next—unless they can unravel a history of deadly lies that won’t be buried. [Goodreads Summary]

Why I want to read it: Sometimes this is just the kind of book I crave. Total escape and fast-paced.  I remember when I added this one to my TBR pile. I couldn't wait to dive in. I am not sure why I have not yet.


Have you read this one? If not, does it sound like something you would read? 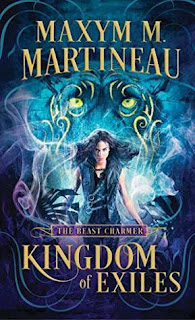 Exiled beast charmer Leena Edenfrell is in deep trouble. Empty pockets forced her to sell her beloved magical beasts on the black market—an offense punishable by death—and now there's a price on her head. With the realm's most talented murderer-for-hire nipping at her heels, Leena makes him an offer he can't refuse: powerful mythical creatures in exchange for her life.

If only it were that simple. Unbeknownst to Leena, the undying ones are bound by magic to complete their contracts, and Noc cannot risk his brotherhood of assassins...not even to save the woman he can no longer live without. [Goodreads Summary]

Why I want to read it: I know I am supposed to take comparisons with a grain of salt, but "Fantastic Beasts meets Assassin's Creed" isn't something I can take lightly. It sounds like Noc is in an impossible situation and I can only hope he and Leena can find him a way out--so that Leena stays alive! 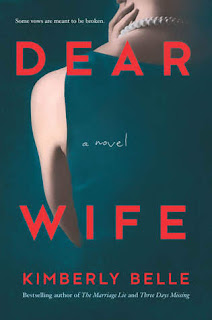 From the bestselling author of The Marriage Lie and Three Days Missing comes a riveting new novel of suspense about a woman who, in a fight for survival, must decide just how far she'll go to escape the person she once loved.

Beth Murphy is on the run...

For nearly a year, Beth has been planning for this day. A day some people might call any other Wednesday, but Beth prefers to see it as her new beginning--one with a new look, new name and new city. Beth has given her plan significant thought, because one small slip and her violent husband will find her.

A couple hundred miles away, Jeffrey returns home from a work trip to find his wife, Sabine, is missing. Wherever she is, she's taken almost nothing with her. Her abandoned car is the only evidence the police have, and all signs point to foul play.

As the police search for leads, the case becomes more and more convoluted. Sabine's carefully laid plans for her future indicate trouble at home, and a husband who would be better off with her gone. The detective on the case will stop at nothing to find out what happened and bring this missing woman home. Where is Sabine? And who is Beth? The only thing that's certain is that someone is lying and the truth won't stay buried for long. [Goodreads Summary]

Why I want to read it: This sounds so exciting and extra twisty! 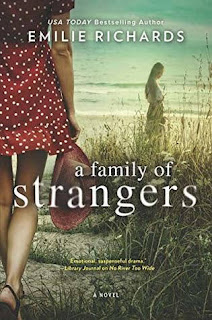 A Family of Strangers by Emilie Richards
Release Date: June 25, 2019

All her life Ryan Gracey watched her perfect older sister from afar. Knowing she could never top Wendy’s achievements, she didn’t even try. Instead Ryan forged her own path while her family barely seemed to notice.

Now Wendy shares two little girls with her perfect husband while Ryan mourns the man she lost after a nearly fatal mistake in judgment. The sisters’ choices have taken them in different directions, which is why Ryan is stunned when Wendy calls, begging for her help. There’s been a murder—and Wendy believes she’ll be wrongfully accused.

While Wendy lays low, Ryan moves back to their hometown to care for the nieces she hardly knows. The sleuthing skills she’s refined as a true-crime podcaster quickly rise to the surface as she digs for answers with the help of an unexpected ally. Yet the trail of clues Wendy’s left behind lead to nothing but questions. Blood may be thicker than water, but what does Ryan owe a sister who, with every revelation, becomes more and more a stranger?

Why I want to read it: Sisters and murder and a mystery to solve . . . I think I will really like this one.