Waiting to Read Wednesday: The Fifth Season, Milady, We Went To the Woods, & Iron Will 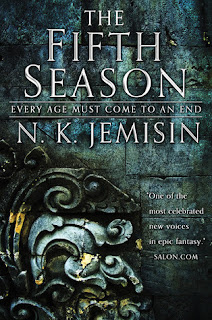 Three terrible things happen in a single day. Essun, masquerading as an ordinary schoolteacher in a quiet small town, comes home to find that her husband has brutally murdered their son and kidnapped their daughter. Mighty Sanze, the empire whose innovations have been civilization's bedrock for a thousand years, collapses as its greatest city is destroyed by a madman's vengeance. And worst of all, across the heartland of the world's sole continent, a great red rift has been been torn which spews ash enough to darken the sky for years. Or centuries. But this is the Stillness, a land long familiar with struggle, and where orogenes -- those who wield the power of the earth as a weapon -- are feared far more than the long cold night. Essun has remembered herself, and she will have her daughter back. She does not care if the world falls apart around her. Essun will break it herself, if she must, to save her daughter. [Goodreads Summary]

Why I want to read it: This series comes highly recommended and I have had this and a couple of the author's earlier books on my TBR shelf for awhile.

Have you read this one? If not, does it sound like something you would read? 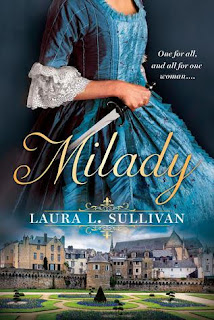 She was the greatest nemesis of d'Artagnan and the Three Musketeers--but Milady de Winter was so much more than just a villain in their swashbuckling adventures.

I've gone by many names though you know me as Milady de Winter: Villainess, seductress, a secondary player in The Three Musketeers story.

But we all know history was written by men, and they so often get things wrong.

So before you cast judgment, let me tell you of how a girl from the countryside became the most feared woman in all of Europe. A target for antipathy, a name whispered in fear or loathing.

I don't need you to like me. I just need to be free.

It's finally time I tell my own story. The truth isn't tidy or convenient, but it's certainly more interesting.  [Goodreads Summary]

Why I want to read it: I suppose I should get around to reading The Three Musketeers first, but I have to say this is much more appealing! 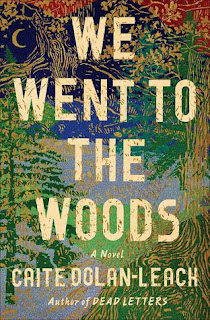 We Went to the Woods by Caite Dolan-Leache
Release Date: July 2, 2019


They went off the grid. Their secrets didn't. For readers of The Secret History and The Immortalists comes a novel about the allure--and dangers--of disconnecting.

Certain that society is on the verge of economic and environmental collapse, five disillusioned twenty-somethings make a bold decision: They gather in upstate New York to transform an abandoned farm, once the site of a turn-of-the-century socialist commune, into an idyllic self-sustaining compound called the Homestead.

Louisa spearheads the project, as her wealthy family owns the plot of land. Beau is the second to commit; as mysterious and sexy as he is charismatic, he torments Louisa with his nightly disappearances and his other relationships. Chloe, a dreamy musician, is naturally able to attract anyone to her--which inevitably results in conflict. Jack, the most sensible and cerebral of the group, is the only one with any practical farm experience. Mack, the last to join, believes it's her calling to write their story--but she is not the most objective narrator, and inevitably complicates their increasingly tangled narrative. Initially exhilarated by restoring the rustic dwellings, planting a garden, and learning the secrets of fermentation, the group is soon divided by slights, intense romantic and sexual relationships, jealousies, and suspicions. And as winter settles in, their experiment begins to feel not only misguided, but deeply isolating and dangerous.

Caite Dolan-Leach spins a poignant and deeply human tale with sharp insights into our modern anxieties, our collective failures, and the timeless desire to withdraw from the world. [Goodreads Summary]

Why I want to read it: This is a bit different than my usual reads, but something about it calls to me. 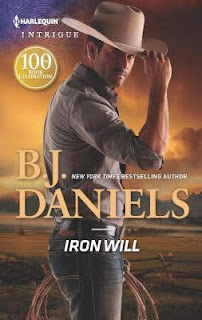 Are a dead woman’s secrets

enough to kill for…?

Hank Savage has always believed his old girlfriend was murdered. Now he’s come home to Cardwell Ranch and, with the help of PI Frankie Brewster, is determined to find the killer. Trying to keep their feelings at bay, Hank and Frankie quickly learn that every lead reveals a life steeped in secrets—and danger. And that someone from Hank’s past will do anything to keep the truth from being revealed. [Goodreads Summary]

Why I want to read it: This sounds like it will be a fun romantic suspense novel. I like that the P.I. in this one is a woman.