Can't-Wait Wednesday is a weekly meme, hosted by Tressa at Wishful Endings to spotlight and discuss the books we're excited about that we have yet to read. Generally they're books that have yet to be released. 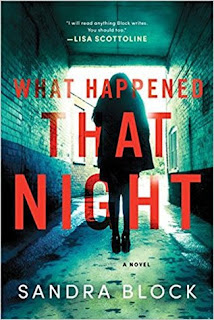 What Happened That Night by Sandra Block
Release Date: June 5, 2018 by Sourcebooks Landmark


One moment Dahlia is a successful Harvard student. The next, she wakes up from a party, the victim of a brutal assault. Her life veers into a tailspin, and what’s worse, her memory of the attack has been ripped away, leaving a cold rage in its wake.

Now, years later, Dahlia is a tattooed paralegal suffering from PTSD, still haunted by that night. Until one day, a video surfaces online, and Dahlia sees her attack for the first time. Now she knows what happened to her. And she knows who to blame. Her rage is no longer cold, but burning, red hot.

And she is about to make everyone pay. [Goodreads Summary]


Why I want to read this one: Sometimes a good revenge story is just what this reader needs. 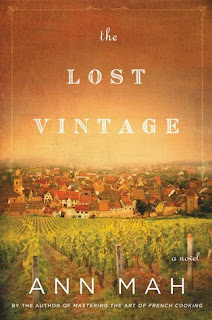 Sweetbitter meets The Nightingale in this page-turning novel about a woman who returns to her family’s ancestral vineyard in Burgundy and unexpectedly uncovers a lost diary, an unknown relative, and a secret her family has been keeping since World War II.

To become one of only a few hundred certified wine experts in the world, Kate must pass the notoriously difficult Master of Wine Examination. She’s failed twice before; her third attempt will be her last. Suddenly finding herself without a job and with the test a few months away, she travels to Burgundy, to spend the fall at the vineyard estate that has belonged to her family for generations. There she can bolster her shaky knowledge of Burgundian vintages and reconnect with her cousin Nico and his wife Heather, who now oversee the grapes’ day-to-day management. The one person Kate hopes to avoid is Jean-Luc, a neighbor vintner and her first love.

At the vineyard house, Kate is eager to help her cousins clean out the enormous basement that is filled with generations of discarded and forgotten belongings. Deep inside the cellar, behind a large armoire, she discovers a hidden room containing a cot, some Resistance pamphlets, and an enormous cache of valuable wine. Piqued by the secret space, Kate begins to dig into her family’s history—a search that takes her back to the dark days of the Second World War and introduces her to a relative she never knew existed, a great half-aunt who was teenager during the Nazi occupation.

As she learns more about her family, the line between Resistance and Collaboration blurs, driving Kate to find the answers to two crucial questions: Who, exactly, did her family aid during the difficult years of the war? And what happened to six valuable bottles of wine that seem to be missing from the cellar’s collection? [Goodreads Summary]


Why I want to read this one: I love stories involving lost and found diaries, looking back into the past, World War II settings, and family secrets. This one sounds like it will be right up my alley. 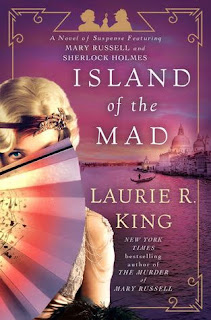 A June summer's evening, on the Sussex Downs, in 1925. Mary Russell and Sherlock Holmes are strolling across their orchard when the telephone rings: an old friend's beloved aunt has failed to return following a supervised outing from Bedlam. After the previous few weeks--with a bloody murder, a terrible loss, and startling revelations about Holmes--Russell is feeling a bit unbalanced herself. The last thing she wants is to deal with the mad, and yet, she can't say no.

The Lady Vivian Beaconsfield has spent most of her adult life in one asylum after another, yet he seemed to be improving--or at least, finding a point of balance in her madness. So why did she disappear? Did she take the family's jewels with her, or did someone else? The Bedlam nurse, perhaps?

The trail leads Russell and Holmes through Bedlam's stony halls to the warm Venice lagoon, where ethereal beauty is jarred by Mussolini's Blackshirts, where the gilded Lido set may be tempting a madwoman, and where Cole Porter sits at a piano, playing with ideas... [Goodreads Summary]


Why I want to read this one: I have wanted to read this series forever, and have heard nothing but good things about it. Not to mention this cover keeps calling to me.


Do these books sound like ones you would like to read too?
What upcoming releases are you looking forward to reading? 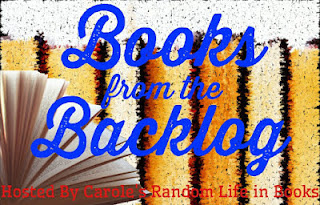 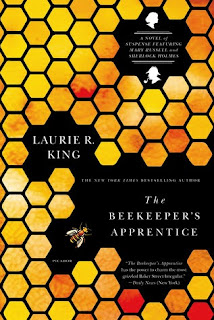 Long retired, Sherlock Holmes quietly pursues his study of honeybee behavior on the Sussex Downs. He never imagines he would encounter anyone whose intellect matched his own, much less an audacious teenage girl with a penchant for detection. Miss Mary Russell becomes Holmes' pupil and quickly hones her talent for deduction, disguises and danger. But when an elusive villain enters the picture, their partnership is put to a real test. [Goodreads Summary]


Why I want to read it: As I mentioned above, I have heard nothing but great things about this series and have had this first book on my book shelf waiting to be read forever.  Well, it feels like forever (2010, if I'm honest). I don't know what's stopping me from reading it. I really don't. 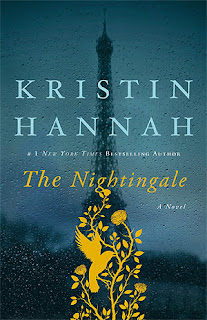 In the quiet village of Carriveau, Vianne Mauriac says goodbye to her husband, Antoine, as he heads for the Front. She doesn’t believe that the Nazis will invade France...but invade they do, in droves of marching soldiers, in caravans of trucks and tanks, in planes that fill the skies and drop bombs upon the innocent. When France is overrun, Vianne is forced to take an enemy into her house, and suddenly her every move is watched; her life and her child’s life is at constant risk. Without food or money or hope, as danger escalates around her, she must make one terrible choice after another.

Vianne’s sister, Isabelle, is a rebellious eighteen-year-old girl, searching for purpose with all the reckless passion of youth. While thousands of Parisians march into the unknown terrors of war, she meets the compelling and mysterious Gäetan, a partisan who believes the French can fight the Nazis from within France, and she falls in love as only the young can...completely. When he betrays her, Isabelle races headlong into danger and joins the Resistance, never looking back or giving a thought to the real--and deadly--consequences. [Goodreads Summary]


Why I want to read it: Will I be the last one to read this book? It sounds just like the sort of book I would love from the World War II setting to the characterizations to the plot lines.


Have you read either of these (most of you have, I bet!)? Do you recommend them?