From the Archives: A Bit of Action in September of 2005

I began keeping a reading journal several years before I began blogging. I find it interesting to sift through my thoughts of books that I read back then. My reviews were often brief and contained little substance, but I thought it'd be fun to document them here on my blog as well as share them with you. Here are two from September and one from October of 2005: 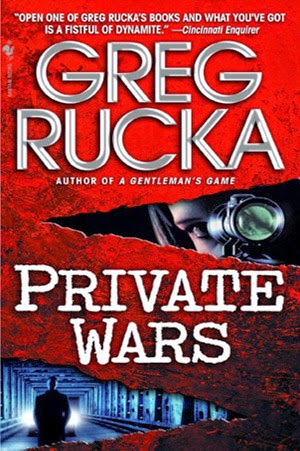 British spy, Tara Chace, is on the job again, in the second of the Queen and Country book series by Greg Rucka. This time, Tara is on a mission that will take her deep into a family battle for power. Heaped in politics, deception, revenge, and action, Private Wars takes readers on a roller coaster ride of espionage and thrills. Tara Chace is one tough lady who always seems to land on her feet in the end. I had difficulty setting down this novel, anxious to see where the story would take me next.

Jack Kerley’s first published novel, The Hundredth Man, was an enjoyable and easy to read thriller about a Mobile, Alabama detective in search of a serial killer. The story seemed to revolve more around the politics in the police department and the blocked attempts of the Carson Ryder and his partner Harry from doing their jobs. The dialogue between the characters was witty and charming at times, however, I said to my husband pretty early on that it was obvious the writer was a former advertising writer. Although the main character was likeable, he seems a little too good to be true. I did enjoy reading the novel and will definitely be on the lookout for the second in the series when it comes out in paperback. 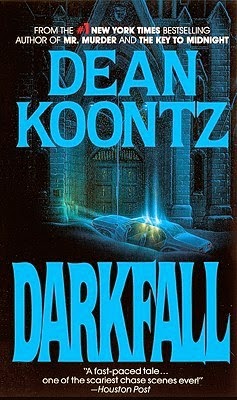 Lieutenant Jack Dawson and Lieutenant Rebecca Chandler investigate the unusual and brutal murders with a supernatural element of a mobster family. Darkfall is a fast paced and intense novel that kept me engrossed from the very first page. I enjoyed Dean Koontz’s writing style. I found his novel intelligently written and easy to read. Darkfall was an enjoyable novel.