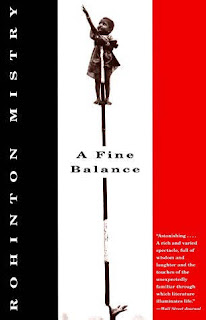 A Fine Balance by Rohinton Mistry (1995)

With a compassionate realism and narrative sweep that recall the work of Charles Dickens, this magnificent novel captures all the cruelty and corruption, dignity and heroism, of India.

The time is 1975. The place is an unnamed city by the sea. The government has just declared a State of Emergency, in whose upheavals four strangers--a spirited widow, a young student uprooted from his idyllic hill station, and two tailors who have fled the caste violence of their native village--will be thrust together, forced to share one cramped apartment and an uncertain future.

As the characters move from distrust to friendship and from friendship to love, A Fine Balance creates an enduring panorama of the human spirit in an inhuman state. [Goodreads Summary]

Why I want to read this: A friend recommended this book years ago, saying it was her all time favorite novel. I enjoy reading books about other countries, and immersing myself in the culture and life of the characters. 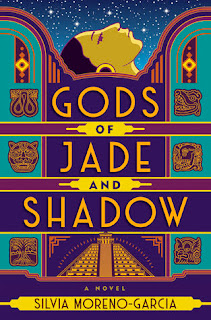 The Mayan God of Death sends a young woman on a harrowing, life-changing journey in this dark fairy tale inspired by Mexican folklore, for readers of The Song of Achilles and Uprooted.

Here we shall begin to tell a story: a tale of a throne lost, of monsters and magic. A tale of gods and of the shadow realm. But this, our story, it begins in our world, in the land of mortals.

The Jazz Age is in full swing, but Casiopea Tun is too busy cleaning the floors of her wealthy grandfather's house to listen to any fast tunes. Nevertheless, she dreams of a life far from her dusty, small town in southern Mexico. A life she can call her own.

Yet this new life seems as distant as the stars, until the day she finds a curious wooden box in her grandfather's room. She opens it--and accidentally frees the spirit of the Mayan God of Death, who requests her help in recovering his throne from his treacherous brother. Failure will mean Casiopea's demise, but success could make her dreams come true.

In the company of the strangely alluring god and armed with her wits, Casiopea begins an adventure that will take her on a cross-country odyssey, from the jungles of Yucatán to the bright lights of Mexico City--and deep into the darkness of the Mayan underworld.

Mixing the excitement of the Roaring Twenties with Prehispanic mythology, Gods of Jade and Shadow is a vivid, wildly imaginative historical fantasy. [Goodreads Summary]

Why I want to read this: The Mayan aspect caught my attention right away, given my fascination with the culture and civilization since I was a child. Add in that I enjoy fantasy novels steeped in folklore. Gods, magic, and the Jazz Age - I am looking forward to diving into this one! 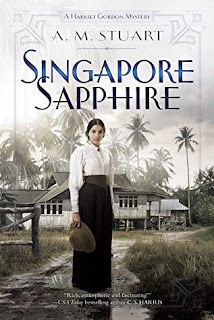 Harriet Gordon stumbles into a murderous web of stolen gems and cutthroat thieves as she runs from her tragic past in an enthralling new historical mystery series set in early twentieth century Singapore.

Singapore 1910--Desperate for a fresh start and to distance herself from her tragic past, Harriet Gordon finds herself in Singapore at the height of colonial rule. Hoping to gain some financial independence, she advertises her services as a personal secretary. It is unfortunate that she should discover her first client, Sir Oswald Newbold--explorer, mine magnate and president of the exclusive Explorers and Geographers' Club--dead with a knife in his throat.

When Inspector Robert Curran is put on the case, he realizes that he has an unusual witness in Harriet. Harriet's keen eye for detail and strong sense of duty interests him, as does her distrust of the police and her traumatic past, which she is at pains to keep secret from the gossips of Singapore society.

When a second body is dragged from the canal, Harriet feels compelled to help with the case. She and Curran are soon drawn into a complex web of stolen gemstones and a mysterious gang of thieves who have no qualms about killing again to protect their secrets. [Goodreads Summary]

Why I want to read this: An interesting time period and a setting I long to know more about, this is definitely a mystery I would like to give a try. Besides, historical mysteries are among my favorites. 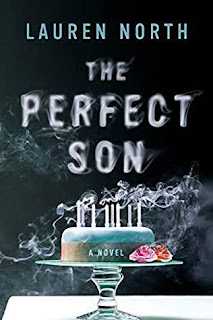 A disturbing and shocking debut novel of psychological suspense about a recently widowed mother, her young son, and the lengths she'll go to in order to keep him safe.

When Tess Clarke wakes up in the hospital the day after her son Jamie's eighth birthday, she's sure of these things: She's been stabbed, her son is missing, her brother-in-law and her grief counselor are involved. But no one is listening to her.

After her husband, Mark, died suddenly in a terrible accident a few months earlier, the only thing keeping Tess together is Jamie. As they struggle to make sense of their new life without Mark, they find joy in brief moments of normalcy like walking to school and watching television together. Life is hard without Mark, but Tess has Jamie, and that's what matters.

But there in the hospital, confused and surrounded by people who won't listen, Tess’s world falls apart. To save her son, she must piece together what happened between Mark's death and Jamie's birthday, but the truth might just be too much for her to bear. [Goodreads Summary]

Why I want to read this: What happened?! I must find out!

Do any of these books sound like something you would want to read? What books can't you wait to read?